As metallic coinage disappeared in the area controlled by the Constitutionalists the lack of small change became so serious that on 4 March 1914 whilst at Nogales, Sonora, Carranza authorised (decree núm. 22) an issue of 200,000 pesos, half in five centavos and half in ten centavos notesThese were 5c Series A, 1 - 1000000: 5c Series B 1 - 1000000: 10c Series C 1 - 1000000. These were given the status of the larger notes, except that their compulsory acceptance in one payment was limited to ten pesos. They were exchangeable at the Jefaturas de Hacienda and the Tesorería General in amounts of 100 pesos or multiples thereof for large denomination notesEl Constitucionalista, 12 March 1914. The money was issued in the form of small cardboard notes called cartones with the first appearing on 31 MarchEl Paso Morning Times, 1 April 1914.

The first set has the eagle facing to the right 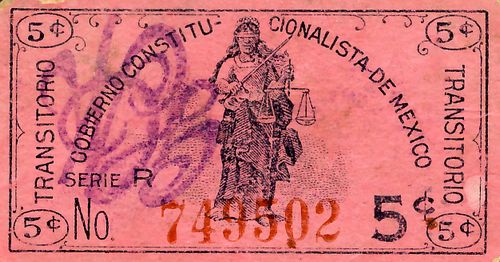 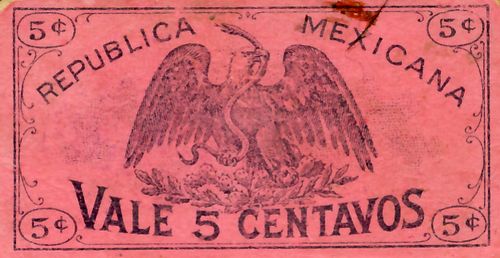 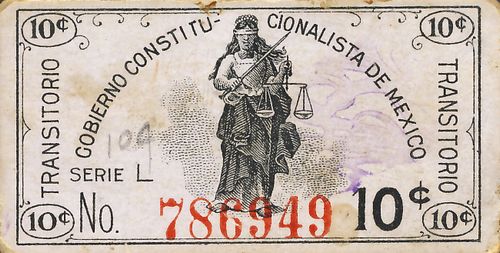 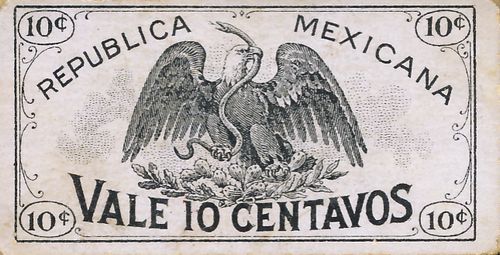 Another set has the eagle facing to the left 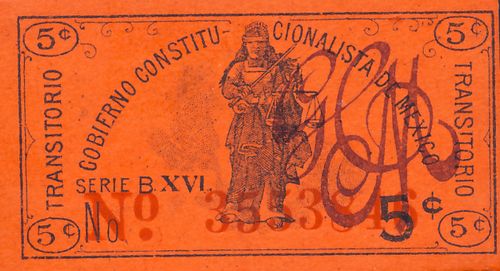 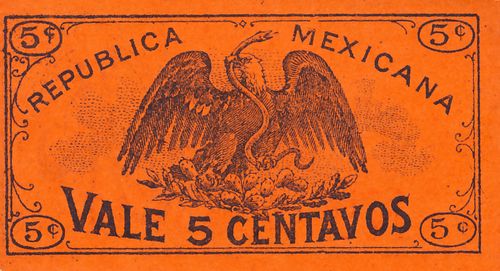 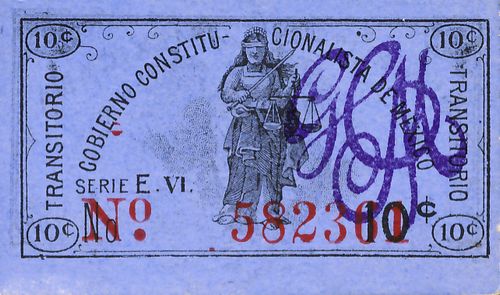 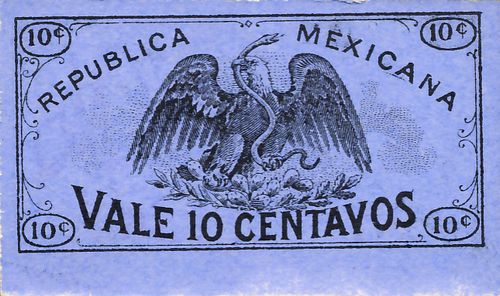 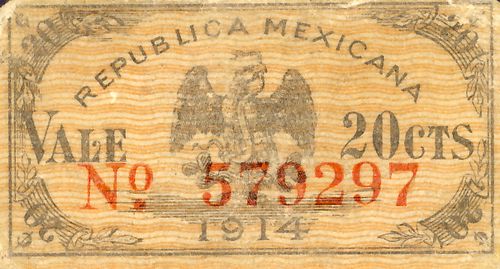 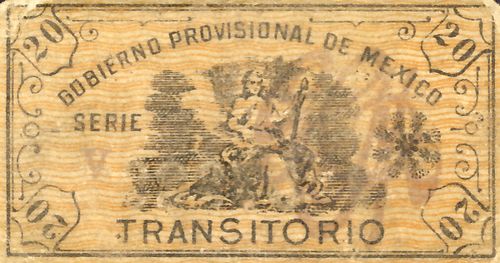 Because of the appalling quantity of counterfeit cartones in circulation the goverment ordered a new series. These were supposedly very difficult to counterfeit because of the quality of the design, and the special pasteboard was infalsificableEl Demócrata, Guadalajara, Tomo I, Núm. 40, 10 December 1915.

The first issue had series letters but no number and two different monograms.

The second issue had red Roman numerals designating the denomination overprinted on the face of the 5c and 10c cartones. 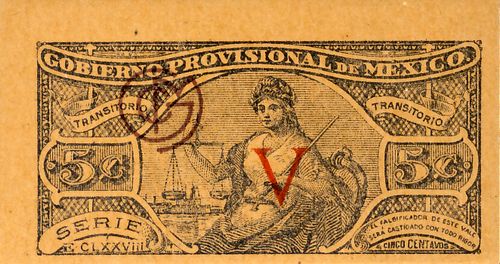 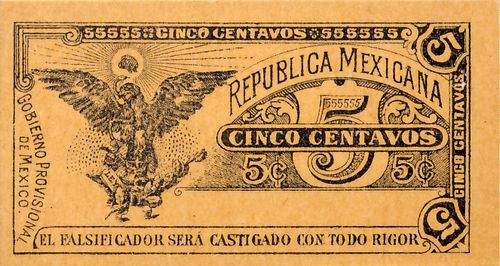 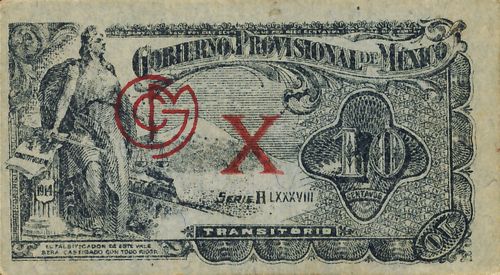 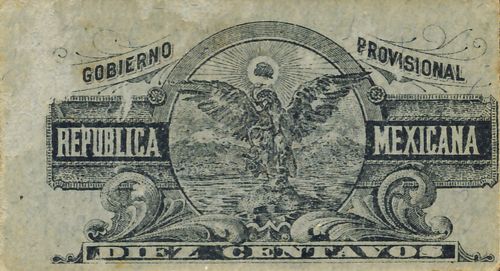 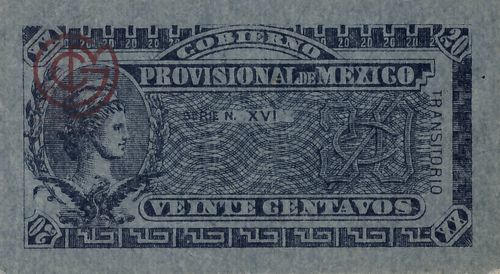 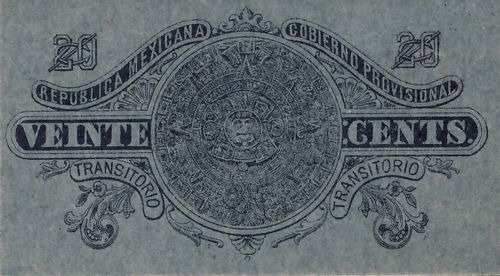