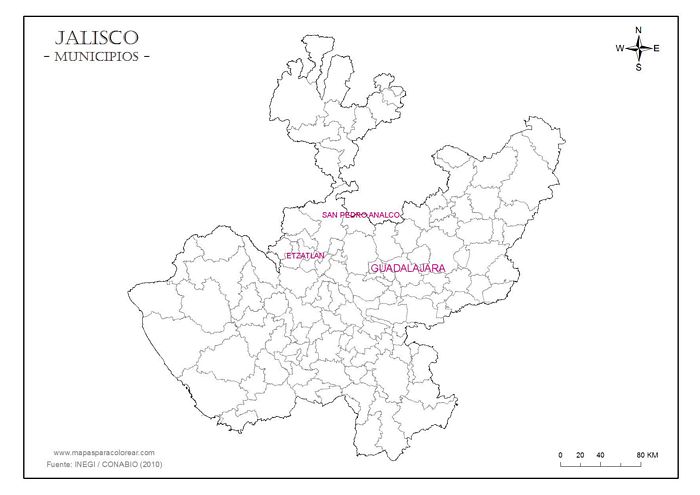 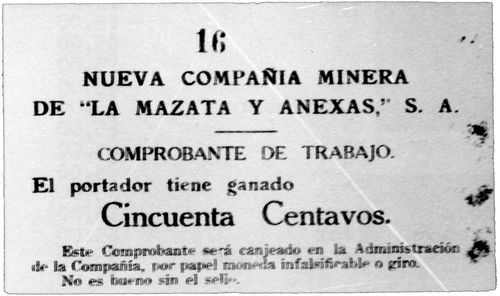 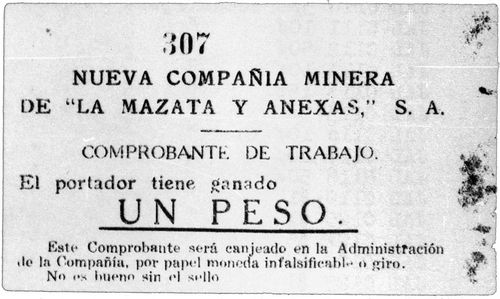 On 6 May 1914 it was reported that this mine had suspended operations. More than two thousand workers had been laid off by the Amparo Mining Company, who had been receiving a daily allowance(?) in vales of 50c (quienes han estado recibiendo en vales de 50 centavos un diario), while they stayed and looked for other workEl País, Año X, No. 4608, 6 May 1914.

By 1916 the company was managed by an Englishman, Santiago H. Howard. When the company closed its tienda de raya it established a shop at which it sold clothes and everything else its workers needed, including basics, at 1913 pricesBoletín Militar, Tomo III, Núm. 277, 26 September 1915.

The notes of the Amparo Mining Company, Etzatlán, were payable in carne (meat). One series was modelo 5322, produced in January 1916. 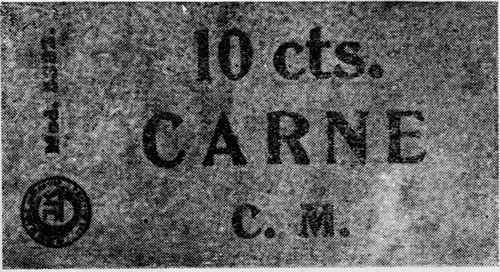 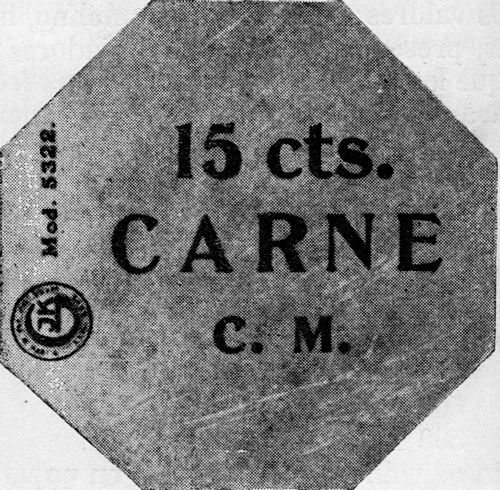 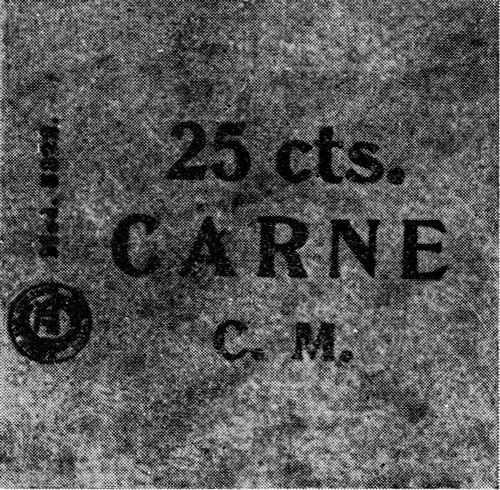 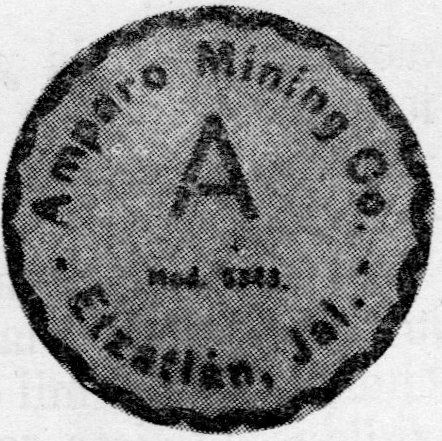 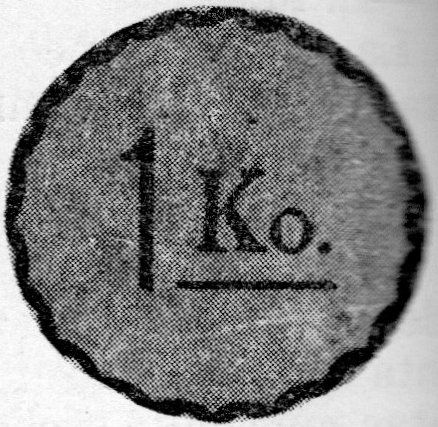 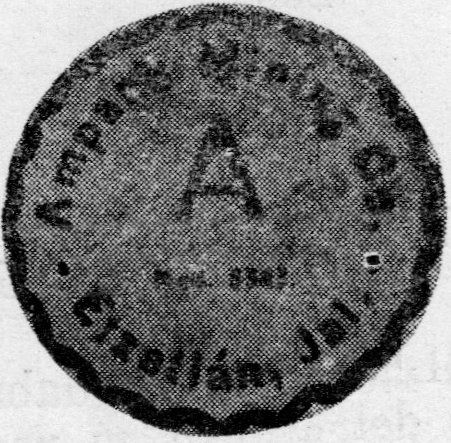 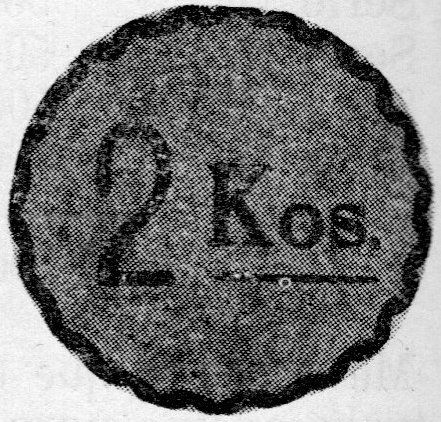 This company produced a series of 20c, 50c and $1 notes, dated 16 April 1914,  for use with local businesses, which carried the notification that they could be exchanged for banknotes in multiples of five pesos. These were produced by the Guadalajara firm of J. M. Iguíniz. 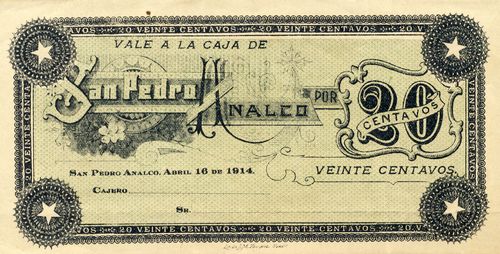 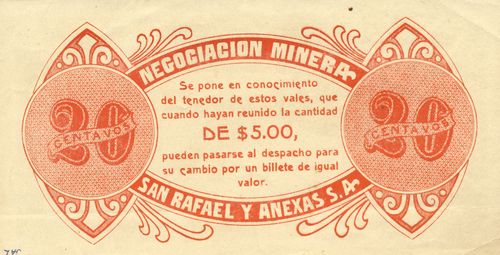 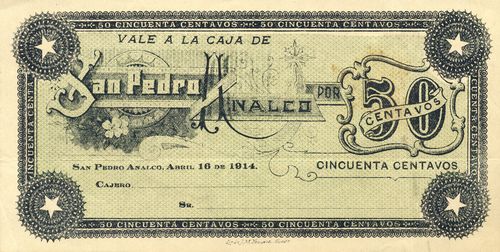 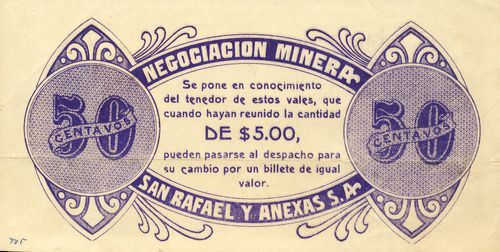 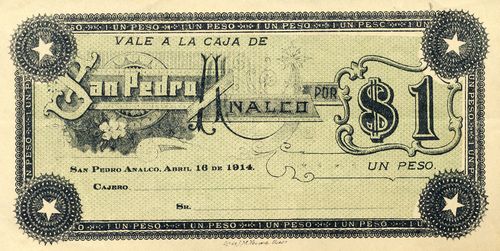 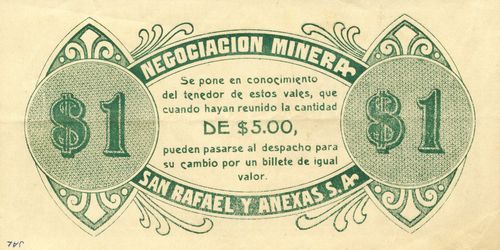 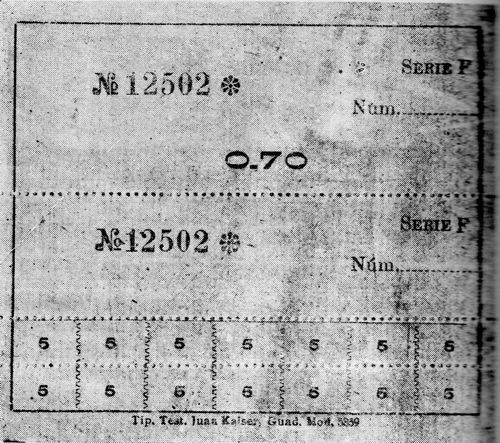