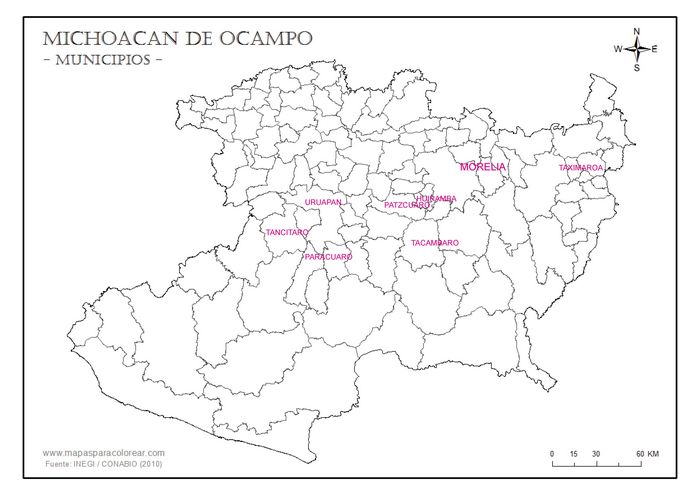 In the beginning it seems that various businesses issued cartones of similar design and for voluntary acceptance. 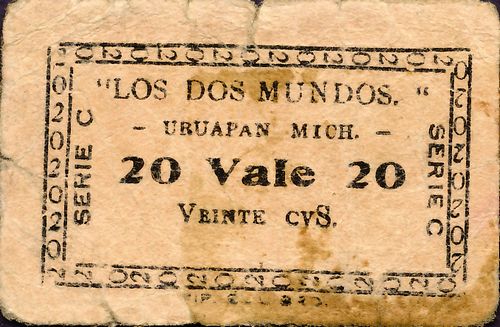 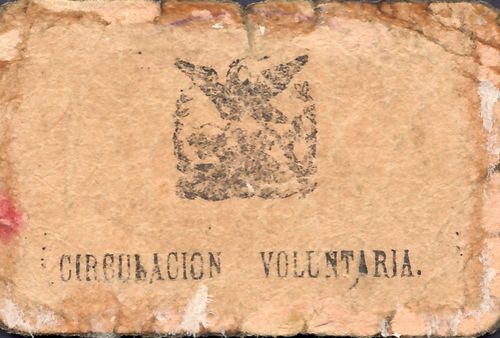 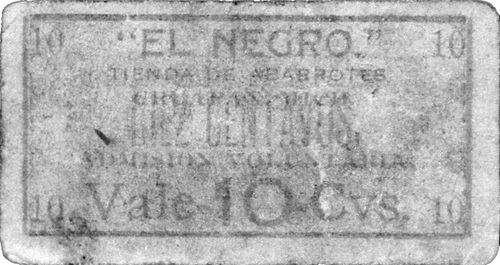 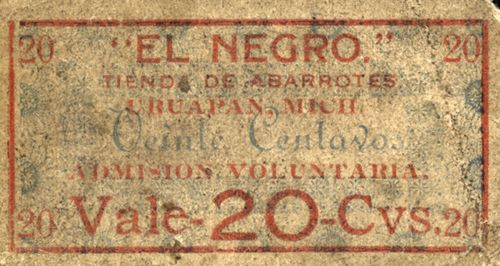 This grocery store was run by Jesús D. Cendejas. 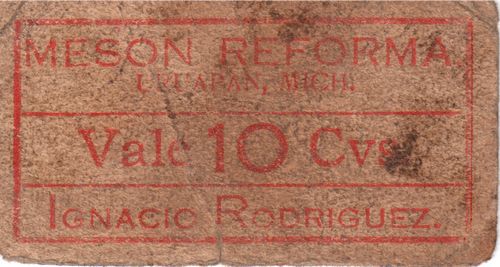 We know of a 2c green cartón. 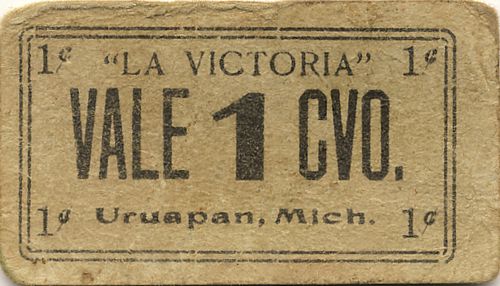 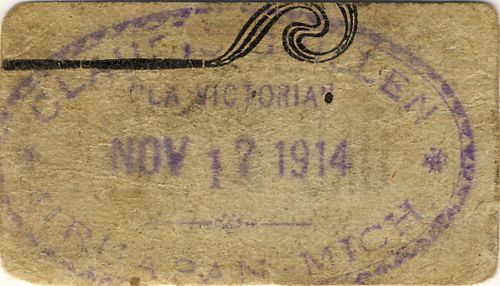 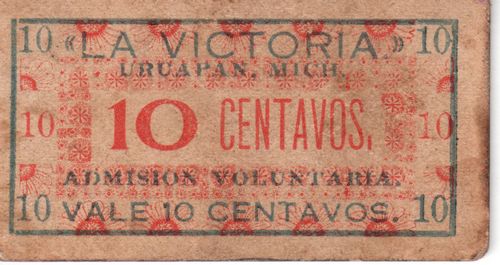 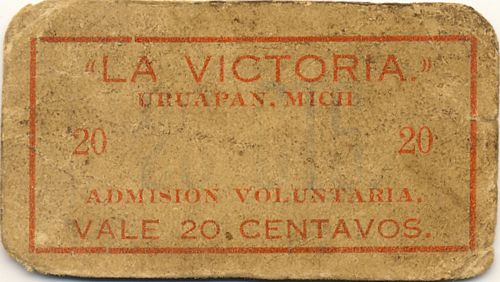 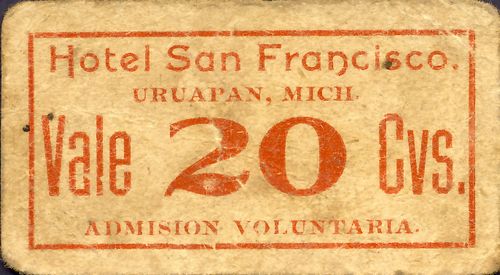 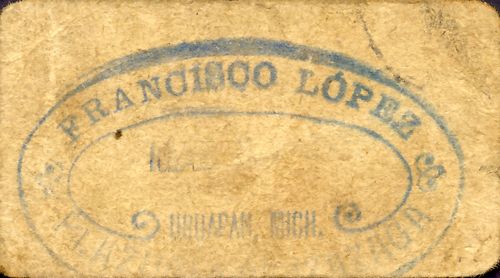 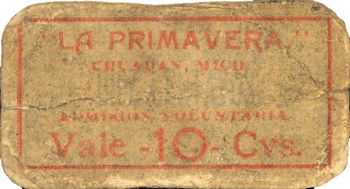 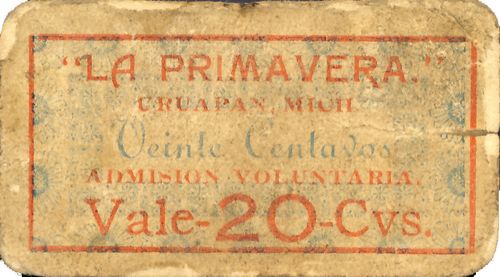 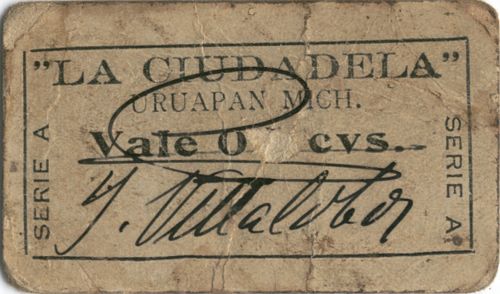 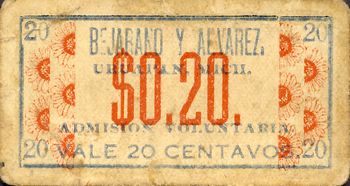 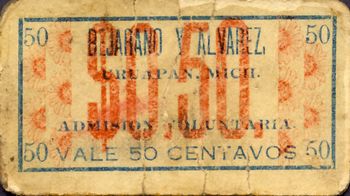 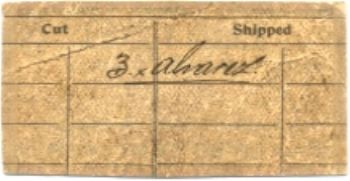 By August 1915 businesses had agreed a commmon plan and issued a series of notes guaranteed by a deposit of legal tender and therefore acknowledged as of forced circulation within the city. The higher value notes had the printed names of Francisco Armella as Depositario, Othon Fernández as Pagador and Rafael Cano as Presidente Municipal (and Interventor overseeing the project). 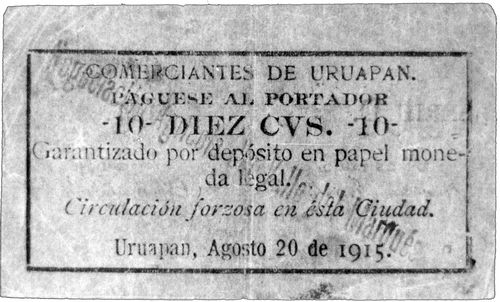 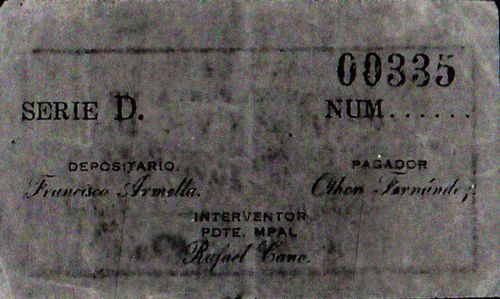 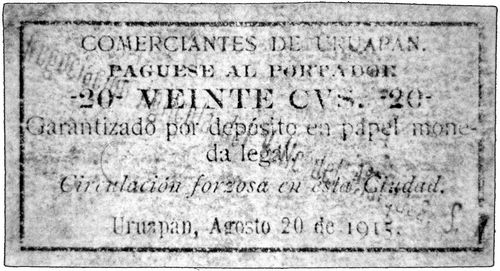 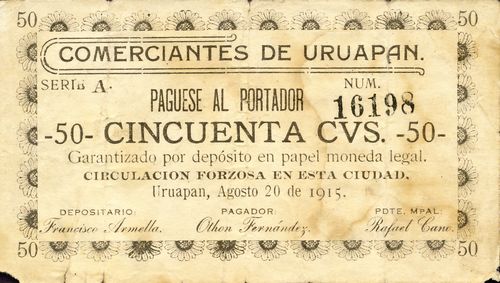 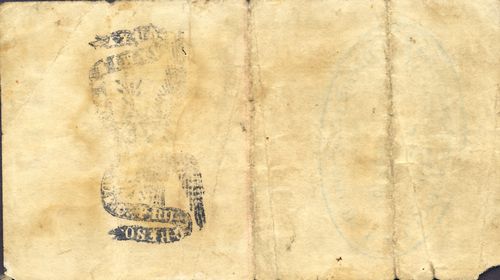 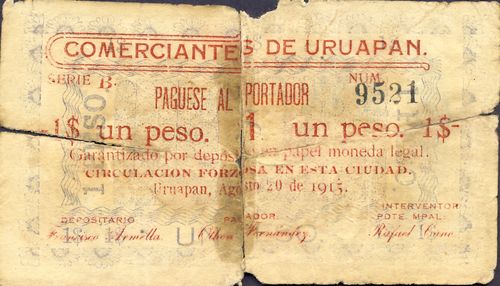 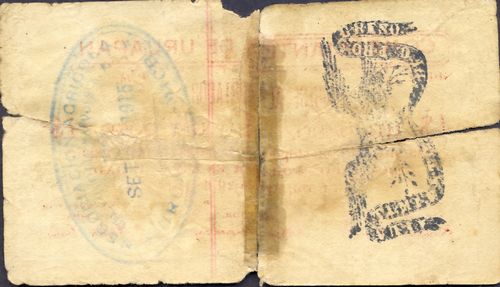 In June  and July at least three companies were paying their workers with vales that could be accepted by local businesses and would be redeemed weekly in quantities of not less than ten pesos for infalsificable money. The Fernández notes asks the businesses not to reuse the notes as change, and both set a timelimit of September 1916, by when, presumably, they expected the shortage of currency to be resolved.