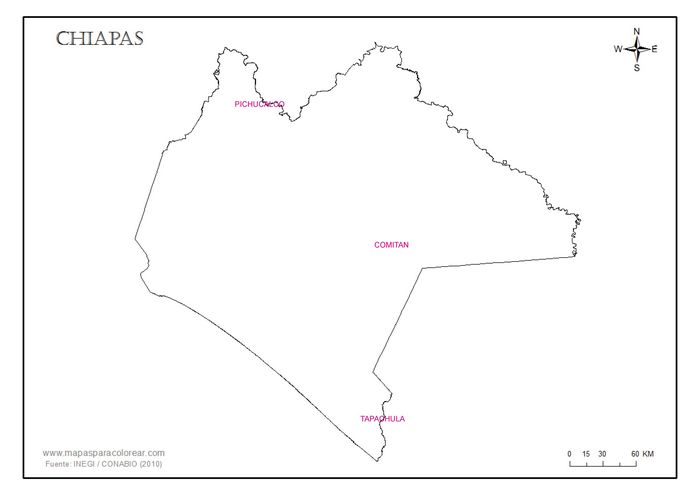 To overcome the shortage of small change and to ease commercial transactions local organisations in various towns issued low value notes. The earliest known is dated to July 1914, but in April 1915 Carranza authorised the Chiapas government to authorise, in turn, local businesses to issue up to $500,000 in these low values (5c, 10c, 20c and 50c), provided that they were backed up by deposits of an equal amount.

By early 1916 the need for these notes had obviously diminished and the government called for them to be recalled and incinerated.

Pichualco is a town in the northern part of the state. A local commission (La Comisión Local de Comercio) composed of Juan Villanueva, Juan Soriano Bustamante, and Lorenzo Pons, issued cheques backed by deposits they had made. 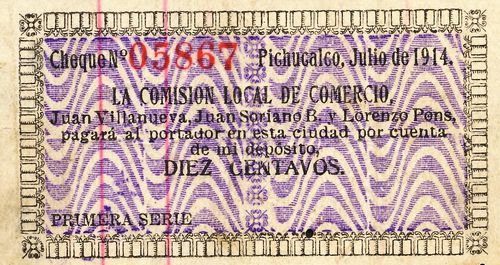 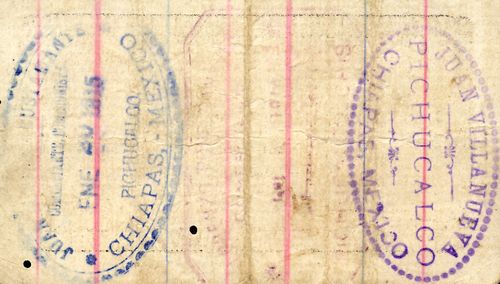 Tapachula is in the far south of the state. The Cámara Nacional de Comercio issued a series of four denominations (5c, 10c, 20c and 50c), dated 15 October 1914. These were printed by a well-established Mexico City firm, La Tipografía y Liografía "La Carpeta"Founded in 1888. In 1923 it was located at avenida 16 de septiembre núm. 53. 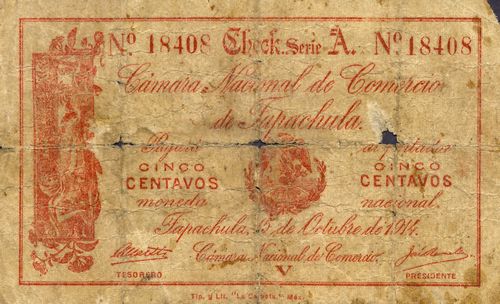 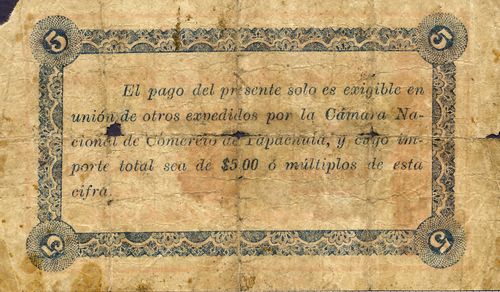 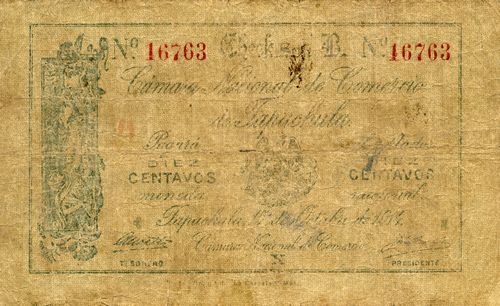 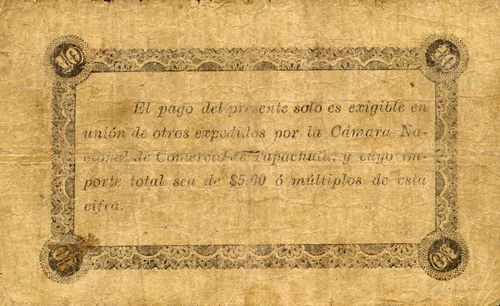 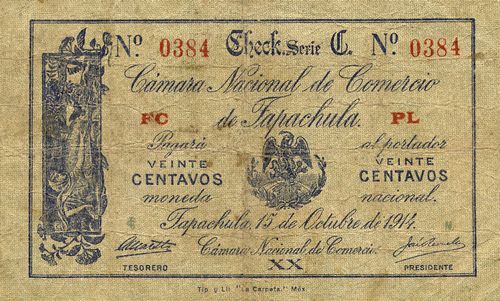 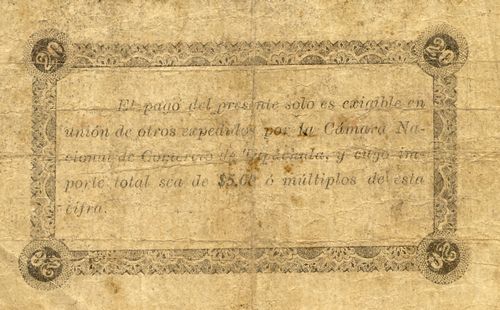 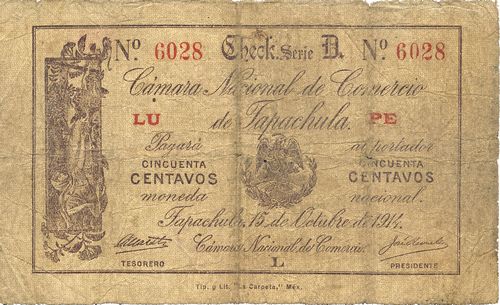 The 10c and 20c notes are known printed on cloth. Various control letters are known.

These had the signatures of [             ][identification needed] as Tesorero and José Revuelto as Presidente and stated that they were redeemable in quantities of $5 or multiples.