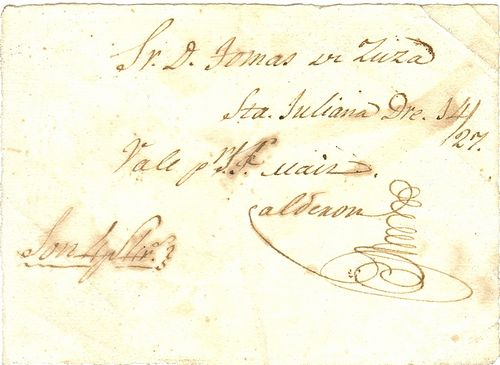 An early example of scrip is a handwritten note drawn on Tomás de Zuza, in Santa Juliana, Jesús María (renamed Ocampo in 1902), dated 14 December 1827 with the inscriptions Vale por [ ] maiz. Tomás de Zuza was born in Tajonar, Pamplona, in 1775. He settled in Sonora and was one of the first owners of the mines at Mulatos in 1807, and later mined in El Rosario and Jesús María. Tomás de Zuza and Tomás Rivera owned the Nuestra Senora del Rayo mine and were part-owners of the Santa Juliana mine in Jesús María. They worked The Rayo mine successfully, with good results, in gold and silver but abandoned it on the discovery of a bonanza in the Santa Juliana mine in 1826.

De Zuza held various public offices, and in 1828 was exempted from the expulsion of Spaniards. He finally moved to Chihuahua and died in 1845.

In 1894 a Mexico City newspaper reported that before the law prohibiting payments in scrip (fichas, cacharpas, vales al portador y otros objetos) came into effect, the practice was rife but now people were paid in legal tender. However, in Ocampo it appeared that the law was less efective, given the great circulation of aluminium tokens (monedas ó contraseñas de aluminio) issued by the compañía minera de Santa Juliana, redeemable only in the tienda de raya for highly-priced goods. Any worker who needed banknotes to pay his taxes etc. had to sell the tokens at a 25% discount to other businesses as the tienda did not exchange them at any priceVoz de México, Mexico, 4 August 1894. 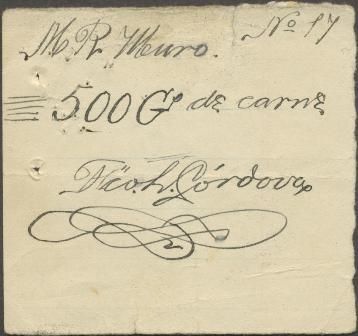 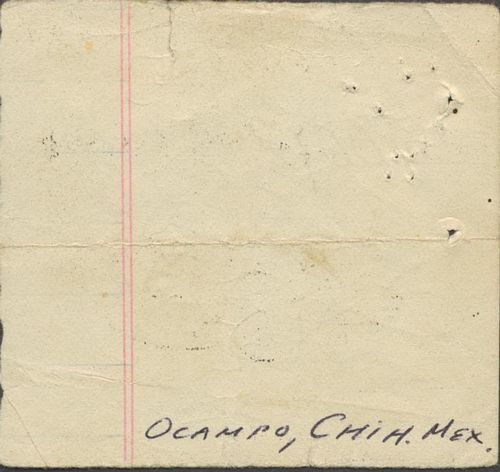 Another example is a small handwritten vale on lined paper with the text ‘M R Meuro No 17 / 500g de carne / Fr'co. W. Cordova’ and the annotation ‘OCAMPO, CHIH’ on the reverse. The annotation surely cannot be contemporaneous but, if correct, would locate this note in Chihuahua. A Francisco Cordova, from Ocampo, is recorded in 1909Periódico Oficial, 14 March 1909 and was elected Regidor 3a suplente of Ocampo for 1912Periódico Oficial, 19 May 1912. 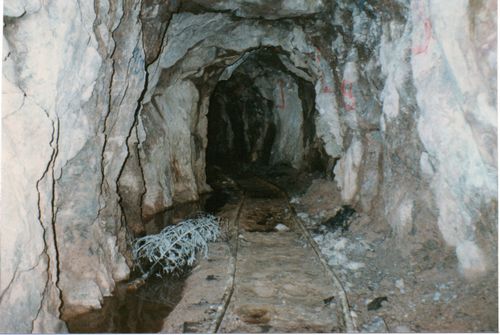 The Santa Eduwiges mine is situated a couple of miles outside the town of Jesús María (Ocampo). In the 1880s it was owned by a former governor of Colorado, Horace Tabor. 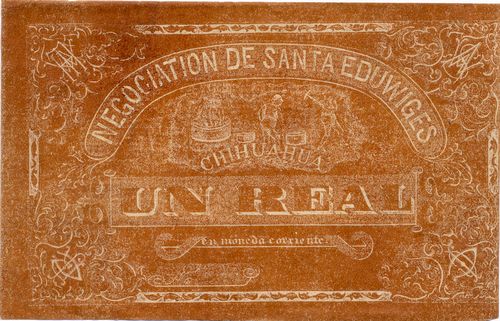 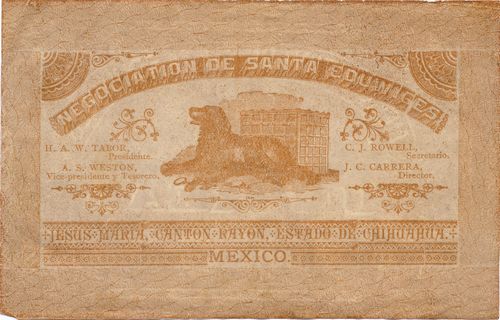 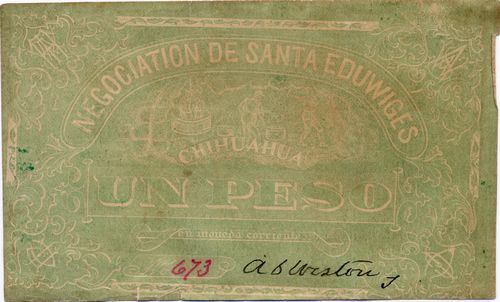 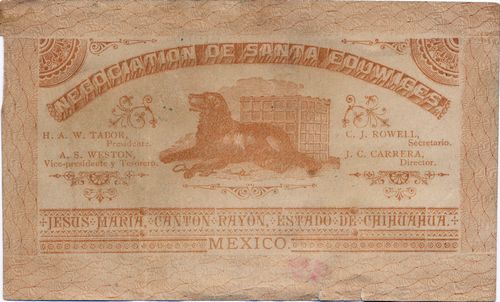 The first series (sequenced simply on the basis that Weston's signature (if legitimate) is hand-signed on these notes and a facsimile on the second series) bear a striking resemblance to the Pinos Altos notes, whilst the common reverse has a vignette of a dog guarding a strongbox and the printed names of H. A. W. Tabor, as President; C. J. Rowell, as Secretary; A. S. Weston, as Vice-president and Treasurer, and J. C. Carrera as Director. Two values (one real and one peso) are known. 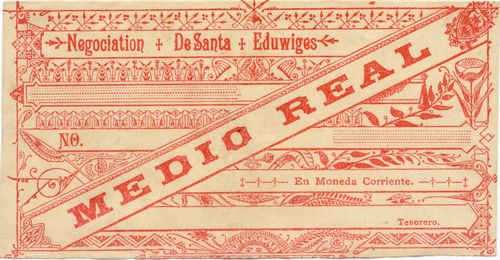 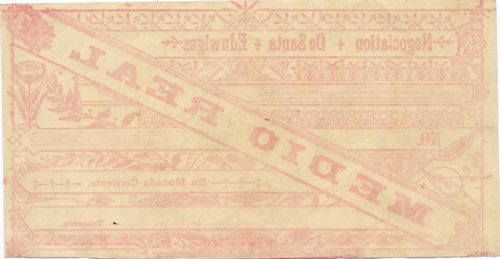 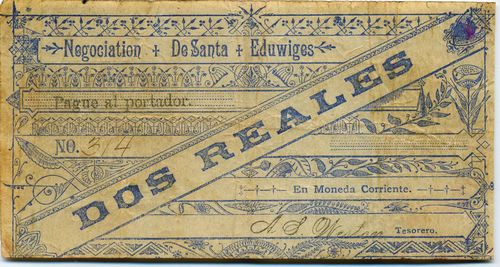 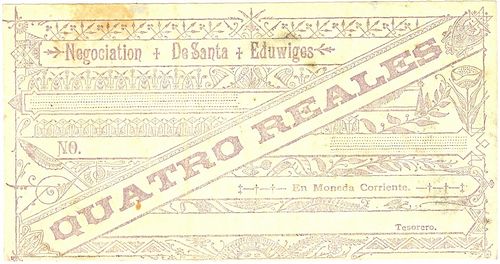 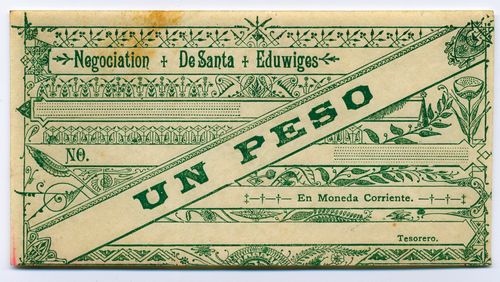 Of the second series, four values are known as uniface issued notes or remainders: a red ½r, a blue 2r, a purple 4r and a green $1, all payable en moneda corriente and signed by A. S. Weston, as Tesorero.

La Soledad was a mine about three miles due north of Jesús María which issued notes under the title ‘Negociacion la Soledad-Mineral J. Maria’.