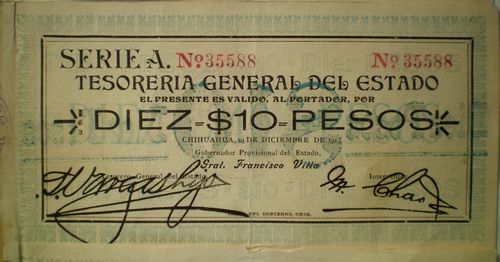 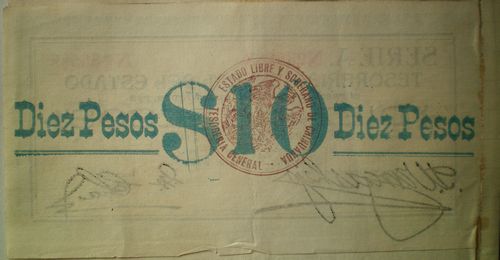 The Parral counterfeit Series A had the following characteristics:

The December 1914 notice states that there are many counterfeit $10 issues, and that in the most common the characteristics were: 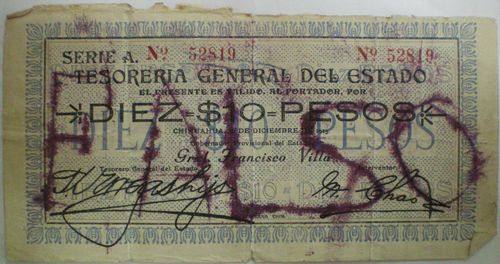 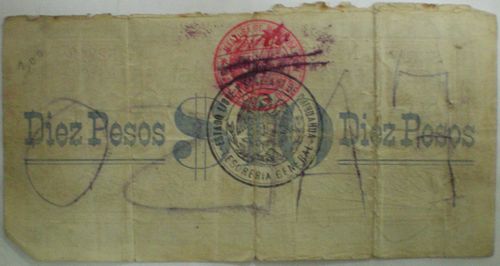 On 12 April 1915 a Luis. G. Gámiz, in Guadalajara, wrote to the Provisional Governor to complain that he had accepted a $10 sábanas which had the red Jefatura de Hacienda, Jalisco resello. When he went to the Jefatura de Hacienda to get some other notes revalidated, they turned out to be counterfeits, and the officials asked him to show them any currency that he had that had already been restamped. He showed them the sábanas and they marked it ‘FALSO’ and wrote ‘nulo’ in red across the resello that they themselves had stamped. The note, A No No 52819, had a metal seal, though it seems to have been stamped rather than part of the printAJ, Hacienda 7-915 278371.