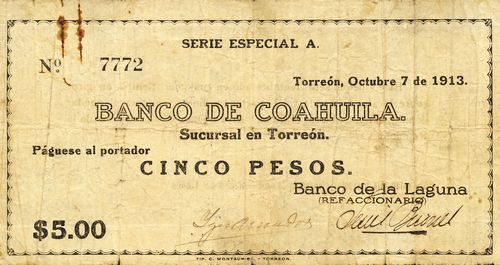 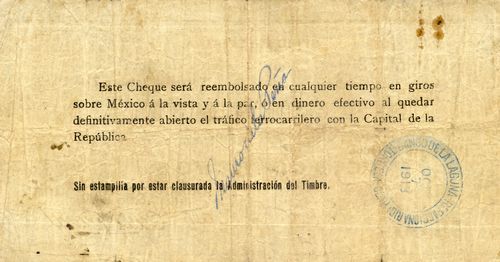 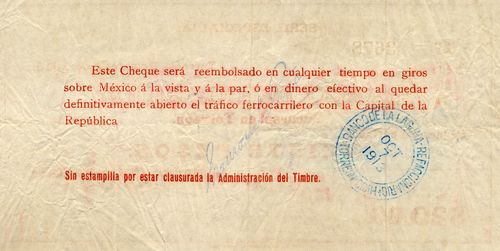 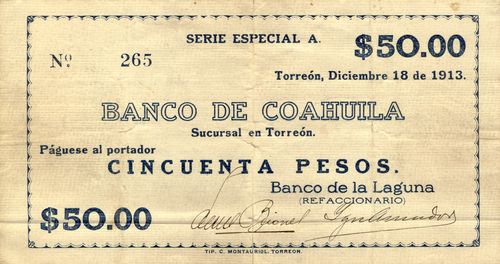 Obviously this issue was insufficient as a second issue was made, dated 5 January 1914. The three lower values ($1, $2 and $5) and the $50 note were again printed by the Tipografia C. Montauriol, of Torreón, but another $5 note and a $10 and $20 note, all with a slightly different typeface, were produced by the Tipografia S. de la Pena in Saltillo. 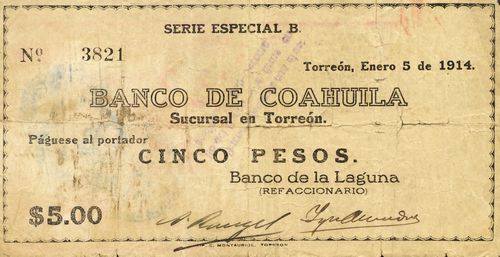 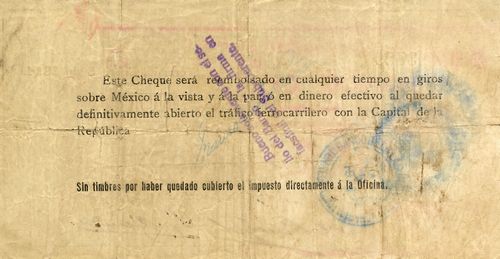 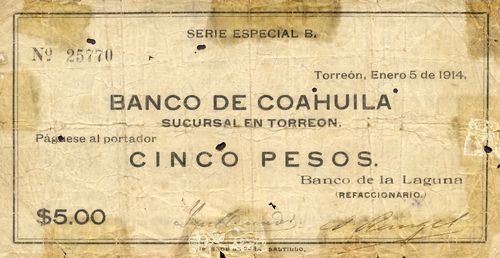 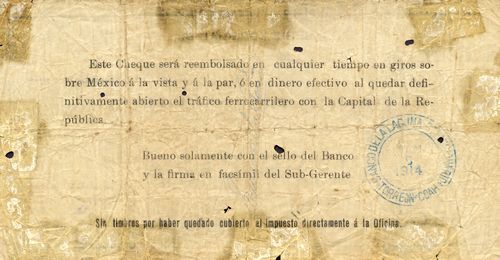 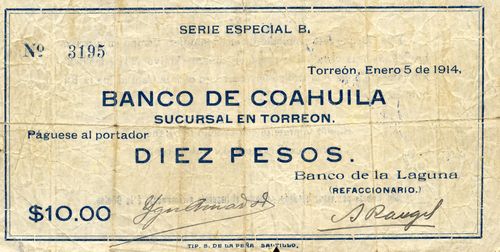 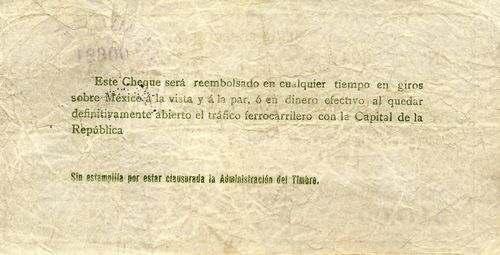 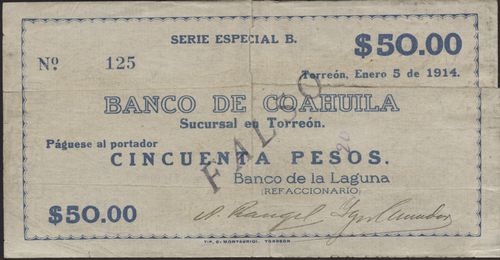 A report dated 31 August 1914AMS, fondo Presidencia Municipal, caja 157/1, legajo 34, exp. 7. The report gives details for the final denomination as $50 rather than $20 gives the following incomplete details for this second series:

Dick Long in his 1974 auction included a $5 series B, 32644, with revenue stamps and resello for Guadalajara[image needed].

The Siglo de Torreón article also mentions a terrible counterfeiting of these cheques and said that the Banco de la Laguna could easily identify the counterfeits because of the contraseñas it had placed on the notes before issue El Siglo de Torreón,11 October 1943. Presumably it was because of the existence of counterfeits that an additional overprint 'Bueno solamente con el sello del Banco y la firma en facsímile del Sub-Gerente', the stamp of the bank and the signature of Mauro de la Peña were applied to some notes. 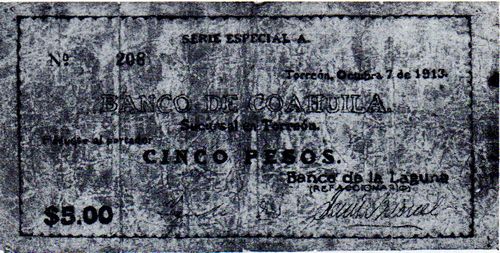 Dick Long in his 1974 auction said that the Gaytan plate, $5 series A, 208, was a totally hand-drawn counterfeit in ink.