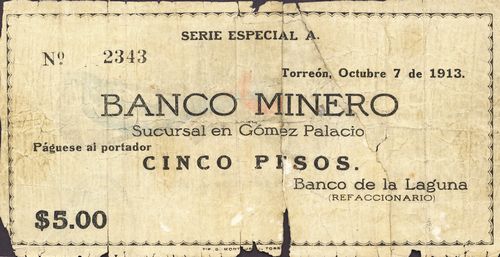 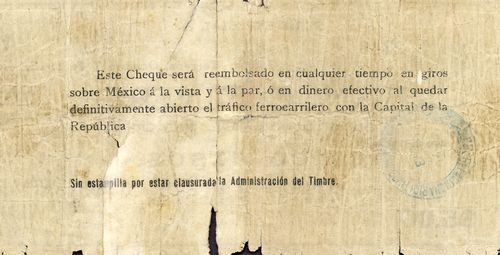 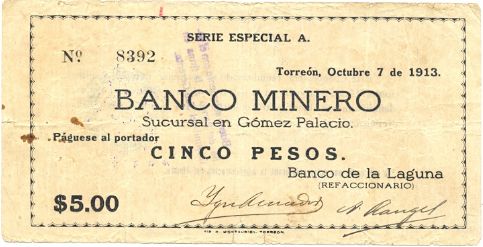 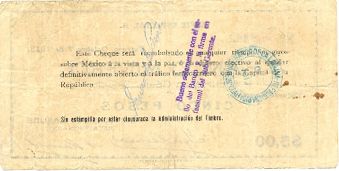 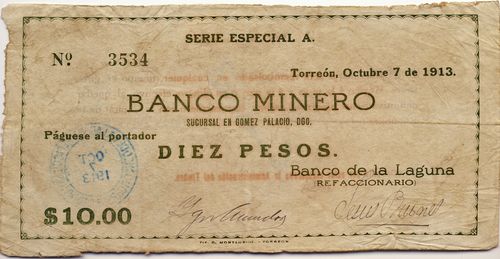 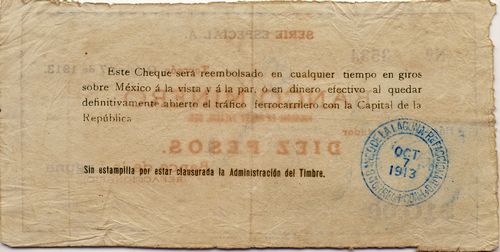 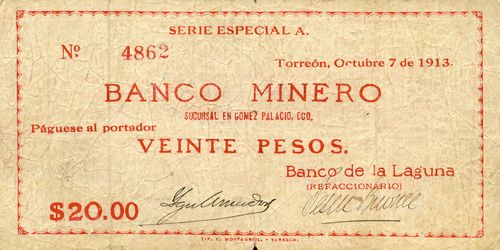 A variety has "Sucursal en Gómez Palacio' in a different typeface 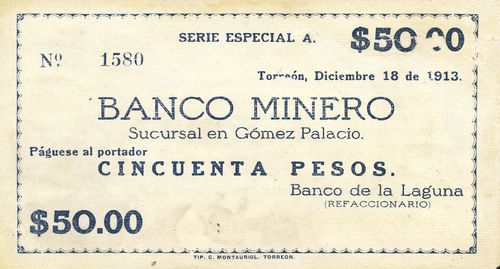 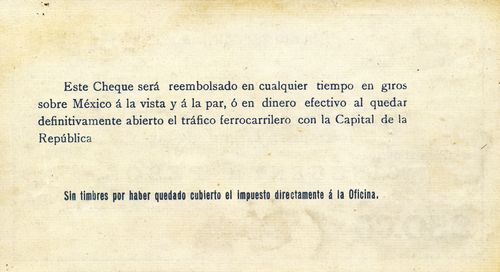 These are known overprinted 'FALSO' but this does not signify counterfeit but rather invalid. 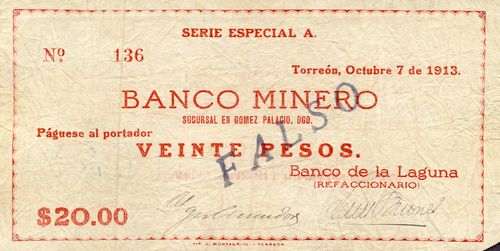 Again the signatories are: