These are not strictly paper money but, like the bonos de caja of other bancos refaccionarios, are included in the major catalogues.

The Deutsche Bank was founded in Berlin, Germany in 1870. In 1890 it founded a subsidiary, the Deutsche Überseeische Bank (Banco Alemán Transatlántico), which had twenty-two branches, including one in Mexico City. In 1906 this branch was converted into the Banco Mexicano de Comercio é Industria. Deutsche Überseeische Bank and Deutsche Bank remained shareholders in the new bank until their stocks were confiscated by the US government during the First World War. 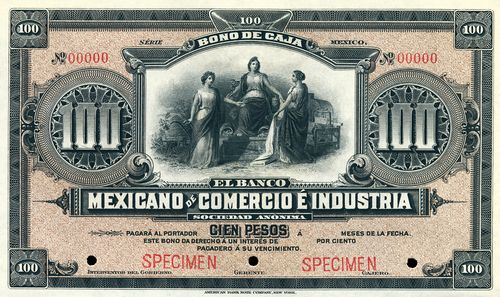 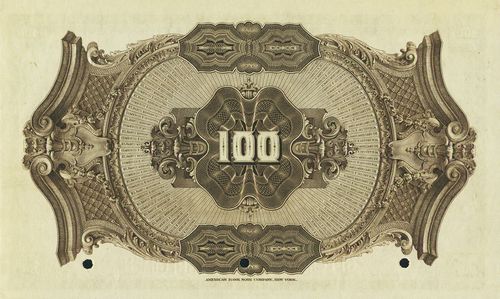 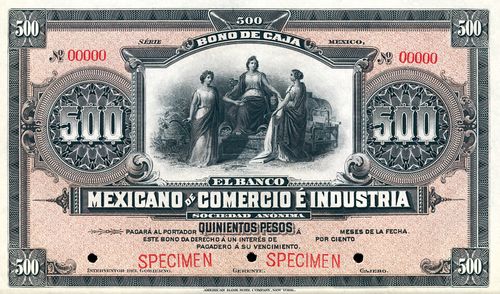 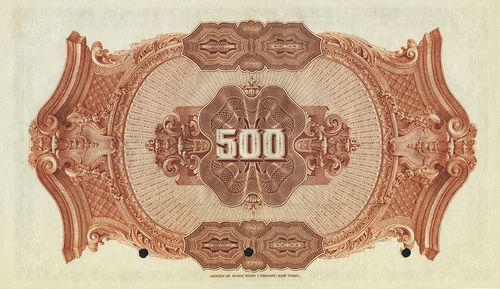 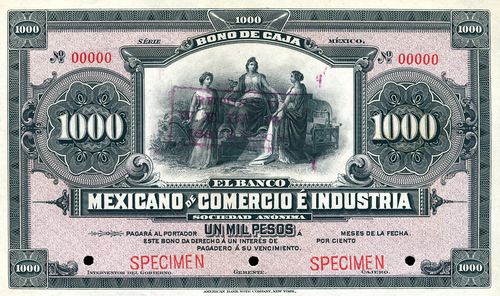 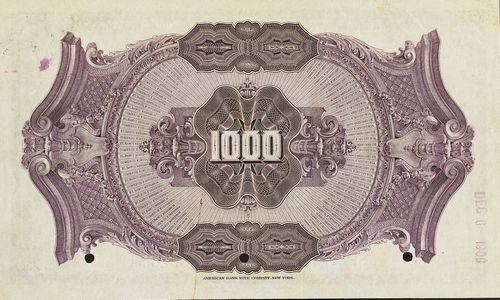