These are not paper currency but included as they currently appear in the main catalogues.

The Cristero Rebellion (1926–29) was a widespread struggle in many central-western Mexican states against the secularist, anti-Catholic and anti-clerical policies of the Mexican government. The rebellion was set off by enactment under President Calles of a statute to enforce the anti-clerical articles of the Mexican Constitution of 1917.

The Liga Nacional Defensora de la Libertad Religiosa  (LNDLR) (National League for the Defense of Religious Liberty) was a religious civil rights organization formed in March 1925 that played a crucial role in the Cristero Rebellion. The League had by June of its founding year about 36,000 members and chapters in almost every state of the country.

The LNDLR, along with the Catholic hierarchy, initially advocated peaceful resistance to the Calles Laws including a boycott of tax payment and nonessential goods and a petition drive to rescind the offending constitutional provisions. When the Church failed to obtain a compromise from Calles, the Mexican hierarchy ordered the priests to go on strike beginning 31 July 1926, the day the Calles Law was to go into effect.

Soon after the clerical strike began sporadic popular uprisings started and in September 1926 the LNDLR began to discuss revolt, but they maintained the policy of boycott. As the popular uprisings continued, especially in Jalisco and Colima, despite the lack of formal support from the bishops, the LNDLR advocated, on 1 January 1927, open rebellion to overthrow the regime and institute a new constitution with guarantees of religious freedom.

In 1927, the LNDLR reorganized the rebellion in the west and, in August 1928, gave the rebellion its first military leader, the well experienced General Enrique Gorostieta. The Cristeros began to engage in large scale military assaults. 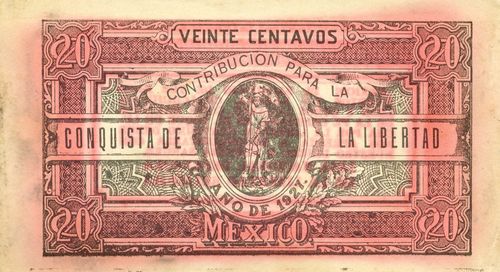 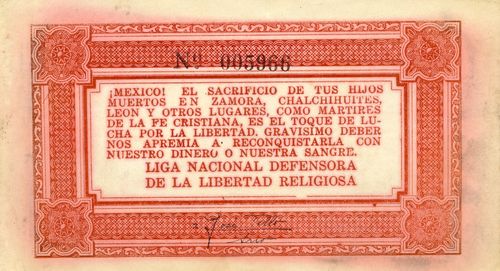 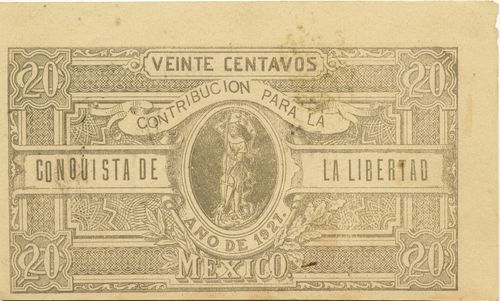 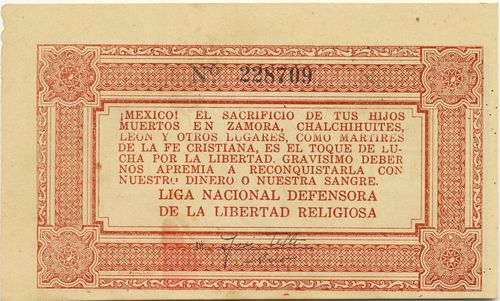 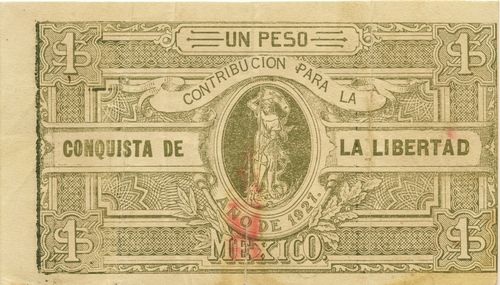 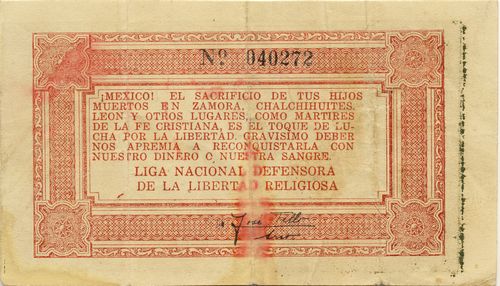 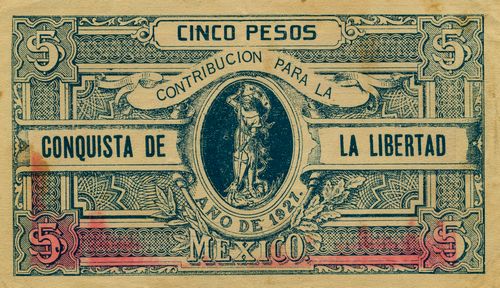 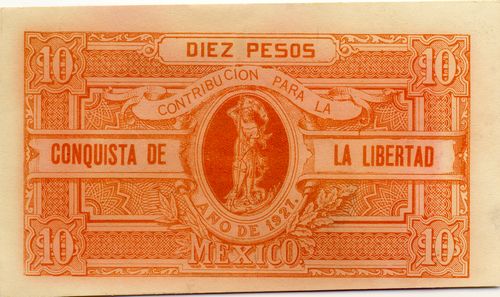 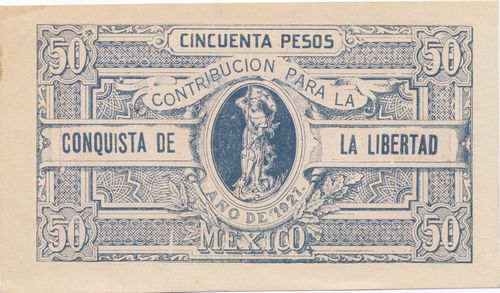 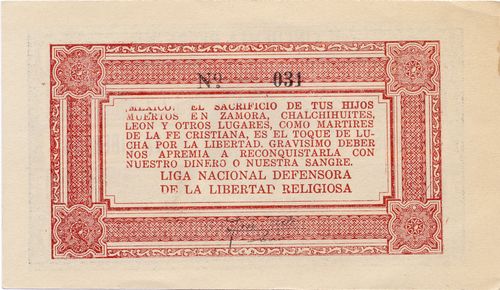 These are signed by José Tello, which was the alias of José González Pacheco.

They must have been distributed in the regions controlled by the Cristeros forces, mostly in Mexico City and perhaps in the Guadalajara region even though in that city the Control Militar de Occidente operated. This depended on the League in Mexico City but had many problems communicating with the directors in the capital.

This refers to itself as a billete (but this merely means ticket) and states that it is not valid unless signed by the Jefe de la Sección de Hacienda de la Oficina Central and by the Tesorero de la Comisión de Control.

The photograph is of Luis Navarro Origel who was considered the first Cristero to take up arms, on 29 September 1926, taking the city of Pénjamo, Guanajuato, where he was mayor (alcalde), wiping out the local defense force and seizing arms. It was reported that Origel, "whose bailiwick was in the State of Michoacan, forced into circulation the certiicates issued as Bonds of the National League for the Defence of Religious Freedom"Detectives, vol.1, no. 67. 20 November 1933. He died in combat on 9 August 1928.

The Control Militar also issued bonds in denominations of one, five and ten pesos. These were surely printed in Guadalajara, Jalisco because that is where the Control had its headquarters. During August 1927, Javier Heredia was its chief and during the first half of 1928, Bartolomeo Ontiveros signed the documents with the alias "J. Ma. Delgado". Bartolomeo was the owner of the tequila factory La Herradura. He went to Mexico City later as Chief of the Special Committee of the League in charge of the war.