In 1822 Francisco de Paula TamarizFrancisco de Paula y Tamariz was born in Durango. He was Tesorero in Chihuahua in 1816, Contador General of the Ejército Trigarante in 1821 to 1822, a member of the Mexican legation to the United States in 1822 and nominated as governor of the two Californias by Iturbide in 1823, though he never took up this post. proposed to the Comisión de Hacienda a project to establish a Gran Banco del Imperio Mexicano to address the payment of public employees and the shortage of currency in the country. It would issue four million pesos in cédulas, pagarés or haré-buenos, which would be protected from counterfeiting by a complex system of endorsementsAGN, Hacienda Pública – Casa de Moneda, vol. 41, exp. 24. Extracto No 11, undated.

The notes would be in the following denominations:

Given the denominations, these were not expected to be used in day-to-day commerce but as investments and the holders would be individuals with substantial assets, though de Paula’s proposal details the type of transactions where use of the cédulas would be required, including as a third of any tax payments.

Tamariz included models for these haré-buenos in his proposal. 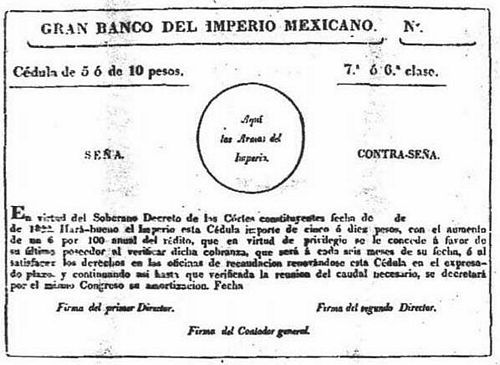 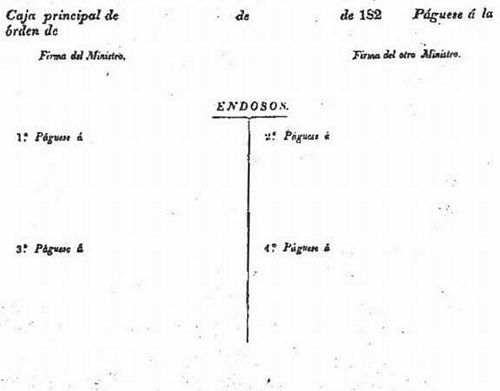 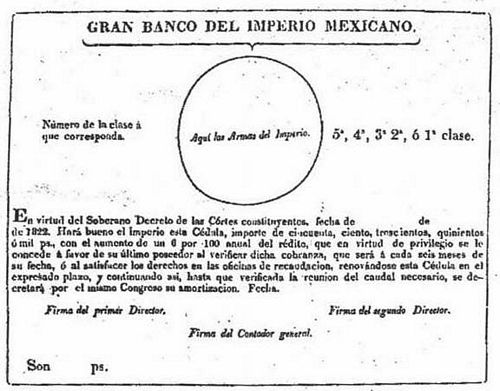 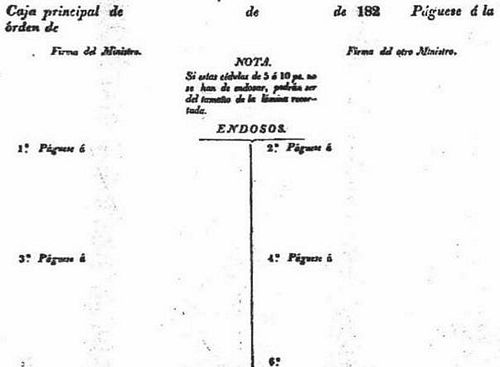 Another proposal to deal with the financial problems that included the issue of paper money was made by Francisco Gómez del Villar. At the beginning of 1823 he wrote to the Supremo Gobierno suggesting the issue of notes of low denomination (from four reales to ten pesos). Just as in Tamariz' plan, these would circulate in accordance with Iturbide's law that a third be required in the payment of taxes and would also carry interest. The government replied that Iurbides's notes were still in circulation and being replaced by the Tesorerías de la Nación notes, so another issue was not needed at that timeibid..