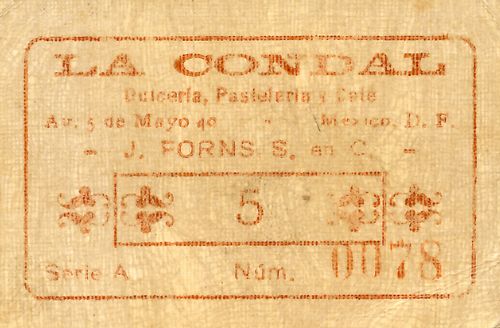 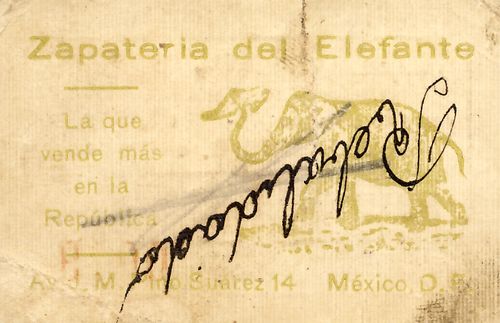 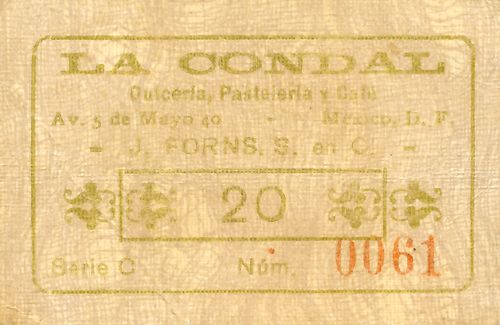 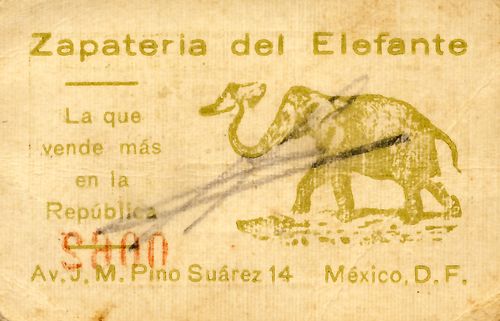 A sweet, pastry and coffee shop run by J. Forns, S. en C. at Avenida 5 de Mayo 40. The notes have an advertisement for the Zapatería del Elefante shoeshop at Avenida J. M. Pino Suárez 14 on the reverse. 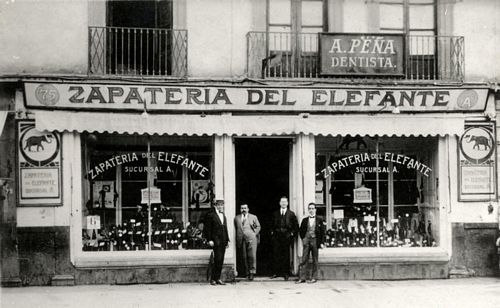 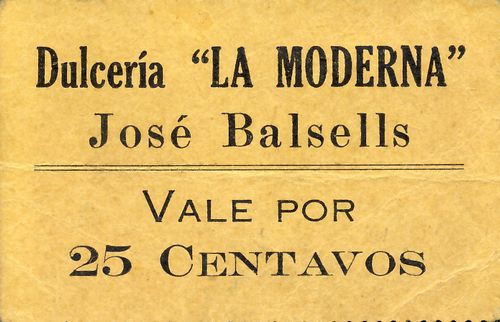 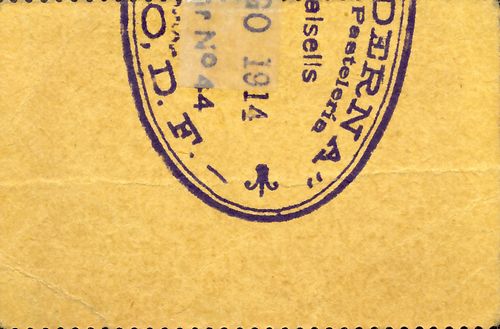 This dulcería was situated at 5a calle de Bolivar 44 and run by José Balsells. 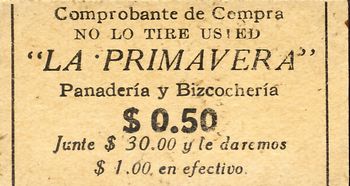 This "proof of purchase" is more like a Green Shield trading stamp. It has a face value of 50c and once the holder has collected $30 they will receive $1 in money.

This was located at Avenida Pino Suárez 34 and run by Pedro Paytuvi. 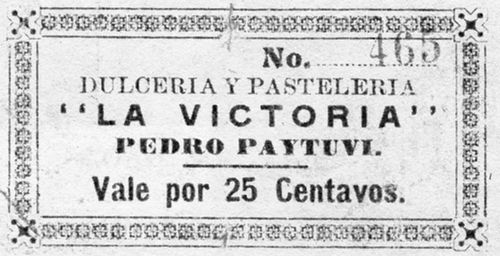 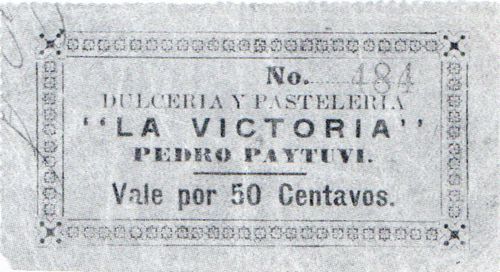