After Iturbide was exiled, the newly formed Republic decreed the withdrawal of Iturbide's notes and the creation of a new issue of paper money in the same denominations ($1, $2 and $10) drawn on the National Treasury to replace themGazeta del Gobierno Supremo de México, Tomo I, Núm. 51, 17 April 1823. 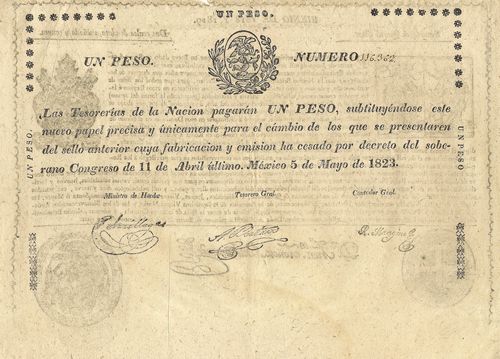 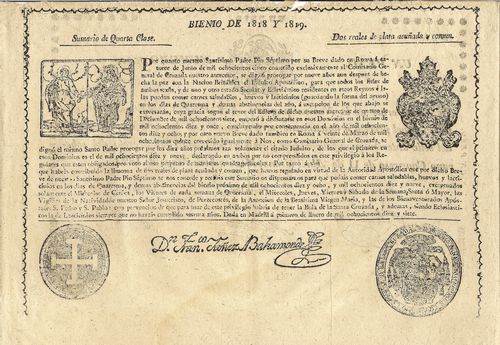 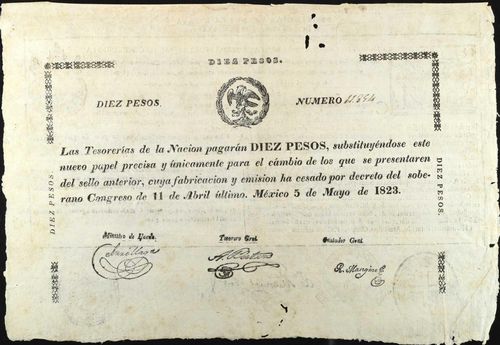 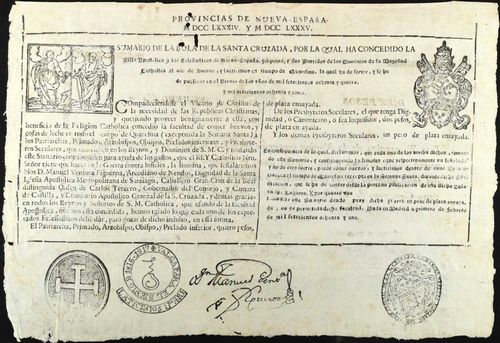 These have the stamped signatures of Francisco de Arrillaga as Ministro de Hacienda, Antonio Batres as Tesorero General and as Rafael Mangino as Contador General.