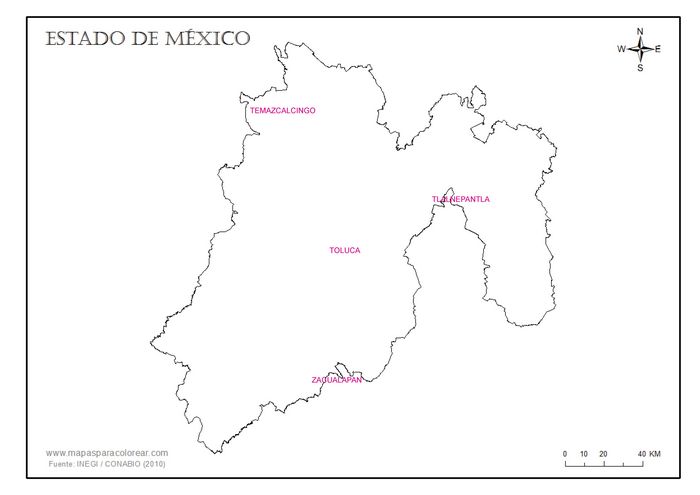 The Colonial Hacienda de San Miguel Solís is located about 18 kilometres from the municipal seat in the northwest of the state. It has a natural spring of volcanically-heated water which forms a pool of water with a high mineral content. 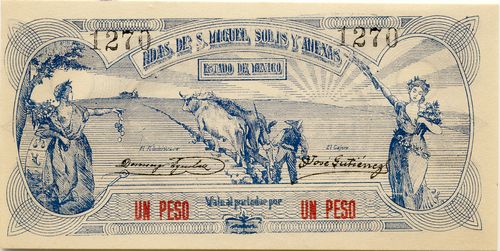 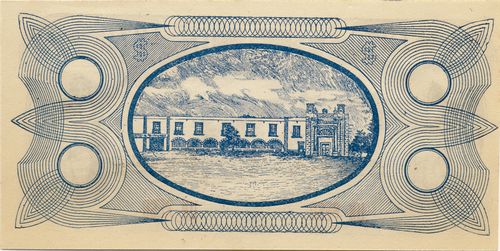 A hoard of these notes turned up a few years ago. They are signed by Domingo [         ][identification needed] as Administrador and José Gutíerrez as Cajero and were for internal use only (BUENO SOLAMENTE COMO CONTRASEÑA PARA USO INTERIOR DE LA HACIENDA). The known datestamp is of 4 October 1915. 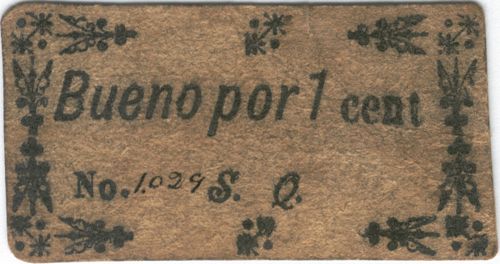 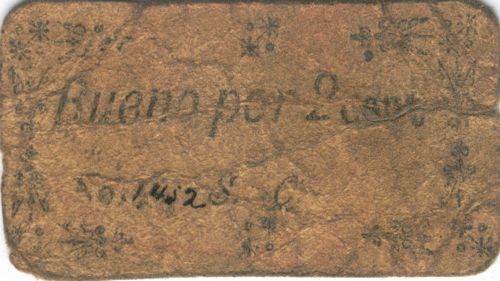 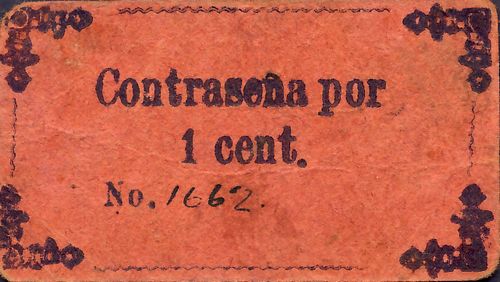 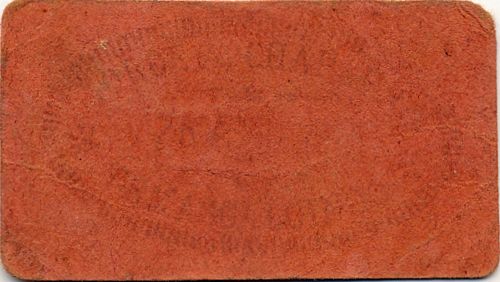 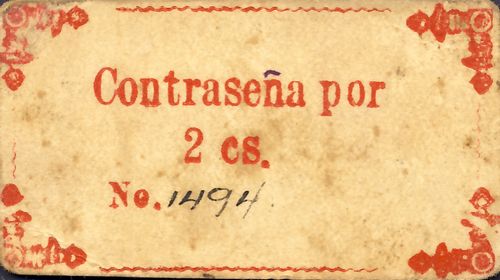 Tlalnepantla is on the outskirts of Mexico City.

Calleja Hermanos dated back to the colonial past and had one of the largest grocery stores in Veracruz. It was an importing and exporting house that had several warehouses in that port where it concentrated large volumes of grocery products and liquors that it imported and had commercial links with a good part of the country. 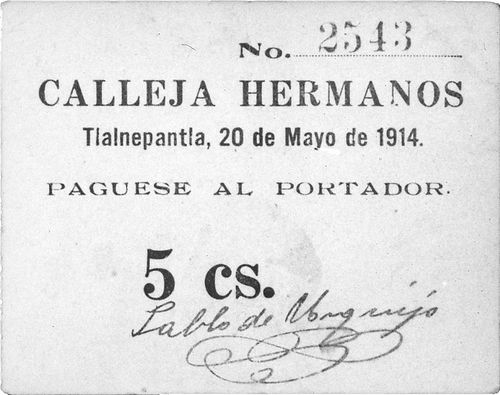 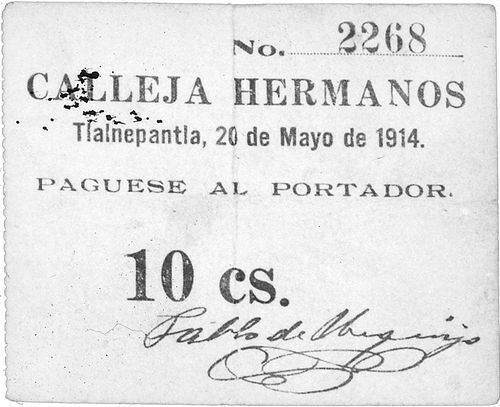 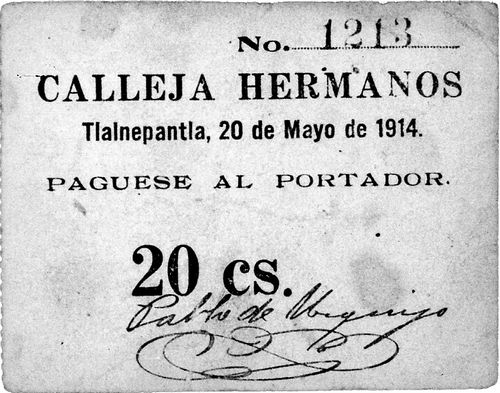 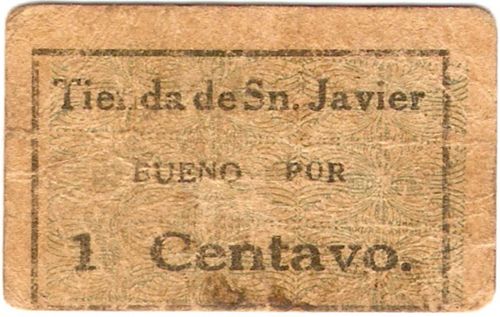 These are catalogued as "of unknown origin" but the Hacienda de San Javier was in the municipio of Tlalnepantla. Dated 2[ ] June 1915. 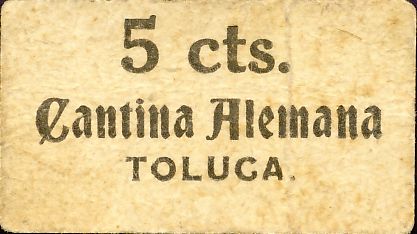 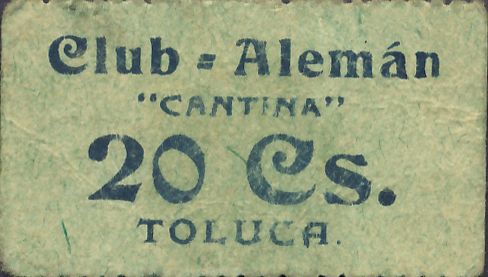 In August 1915 Eduardo Martínez wrote to the governor that in Sultepec, from Villa Allende to Almoloya (de Alquisiras), the casa of Francisco Pérez Carbajal held a monopoly in cereals, which it sold at double the price. It had hoarded all the small notes and cartones that were in circulation, leaving only the large notes. When someone offered a $5 note, they took it and did not give any change, but a vale so that the person had to shop for everything else there, at an extremely high price. These caciques were extorting the people, with the help of the presidente municipal, who was a shareholder in the casa comercial, and the Comandantes de la Plaza, who tolerated it as they were friendsAHEM, Serie Seguridad Pública, vol. 150, exp. 29 letter Eduardo Martínez, Sultepec, to Governor, 26 August 1915. 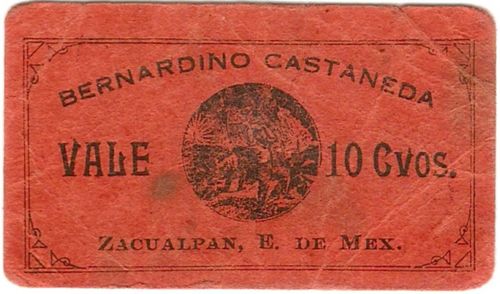 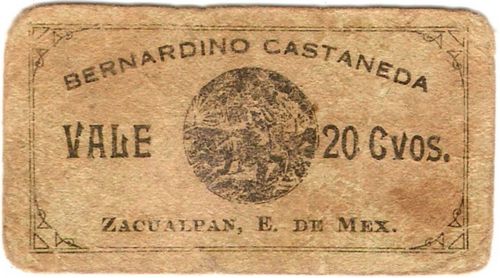 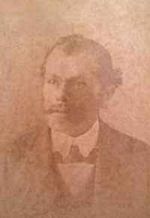