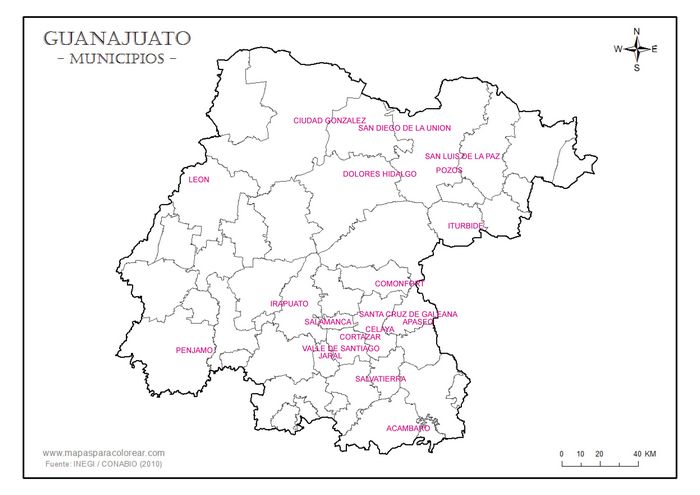 Several municipalities in Guanajuato issued emergency currency during the revolution, often designated as a temporary measure and only for local use within the district. From surviving examples we can consider the following:

Some are from the Distrito (Dolores Hidalgo, Irapuato, Jaral, León (with handstamp or mention of the Tesorería Municipal) and Pozos) which was sometimes co-terminous with the municipio and sometimes composed of more than one municipios. Two (Apaseo and San Miguel de Allende) make no mention of the issuer, though San Miguel de Allende mentions the Presidente Municipal and Jefe de Armas and has a handstamp of the Tesorería Municipal.

2. Given that there is a limit to the number of ways one can arrange a title, legend and value there is still not much similarity between the various issues. This, together with the primitive appearance of most notes, suggests that not only were they were for local circulation but also that they were printed locally. Thus, Acámbaro was printed by the Tipografia Artistica, Pozos and San Luis de la Paz by the imprenta S. Tristan, in San Diego de la Unión, and Salvatierra by the Tipografia Mariana.

3. We know that Salvatierra was approved by governor Pablo M. de la Garza (governor from 5 August to 17 November 1914). Three others (Ciudad González, Dolores Hidalgo and Pozos) mention that they had approval of the state government: incidentally, these are more professionally produced.

4. Some notes have a printed date and many were datestamped at issue. The dates range from May 1915 (Acámbaro) to up to December 1915 (Pozos) though we know that Salvatierra issued cartones several months earlier,

5. Some municipalities appear to have issued a sequence of notes, suggesting a long period of local issues, but these could have been in circulation at the same time.