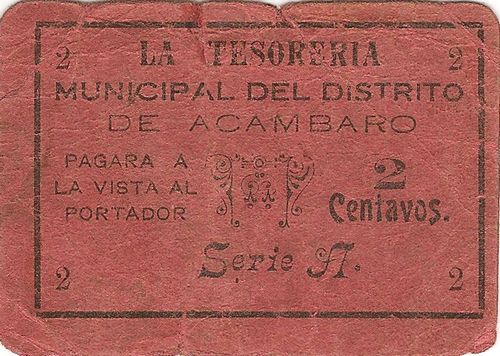 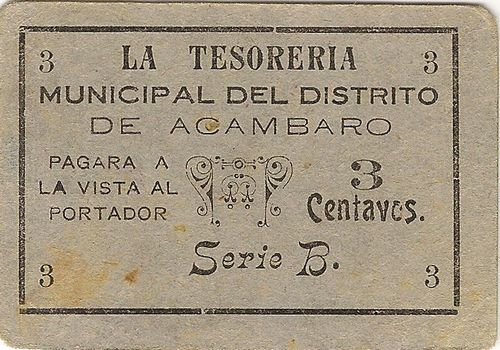 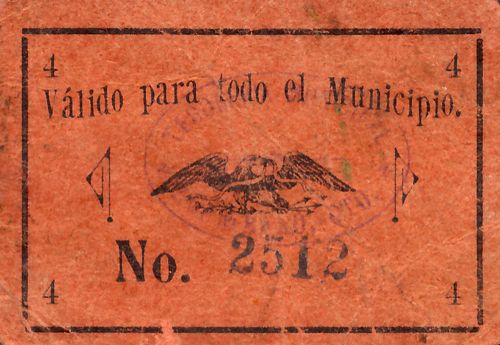 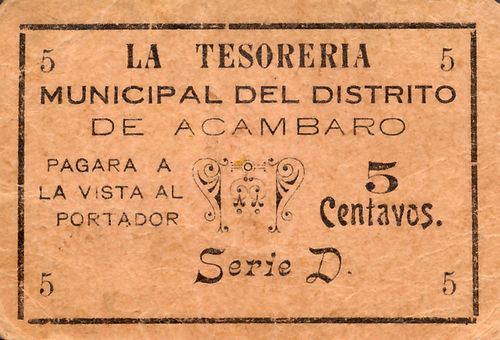 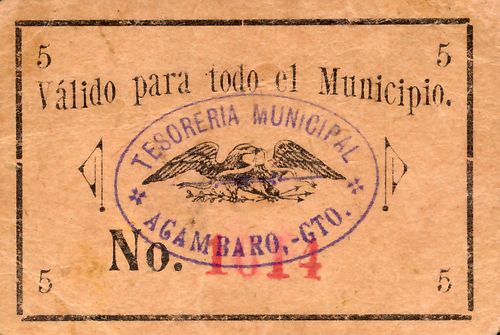 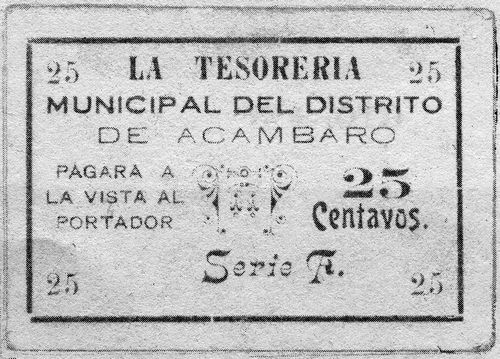 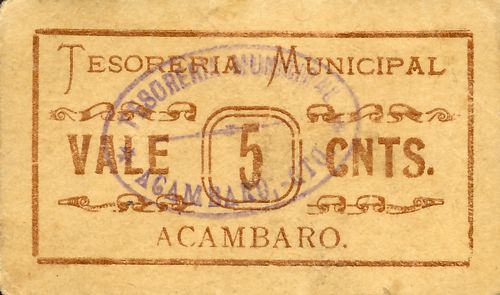 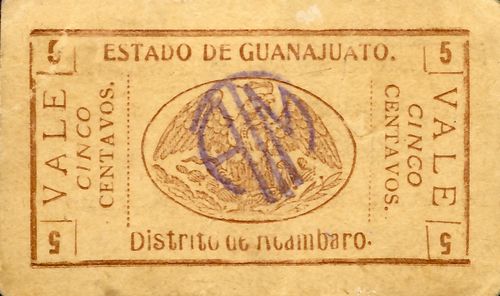 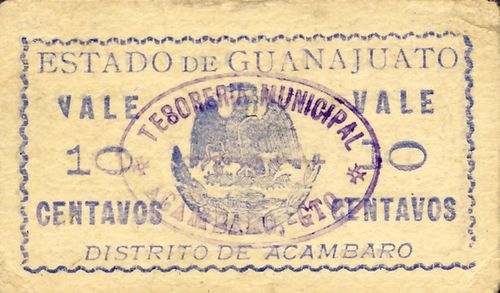 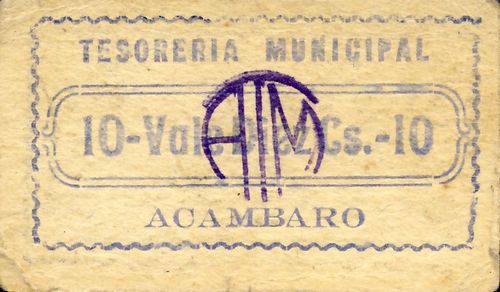 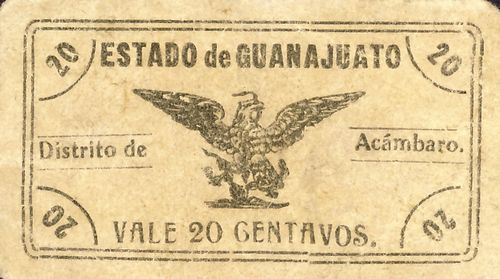 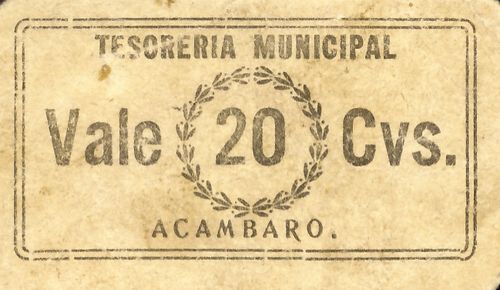 The Tesorería Municipal issued a series of notes printed by Tipografia Artistica, Acámbaro. The first(?) 2c note had no date. 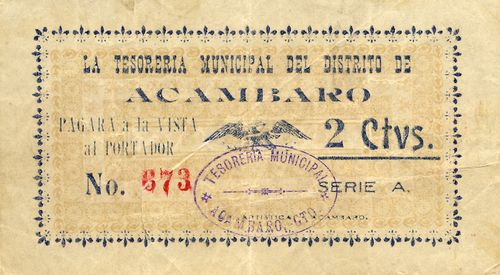 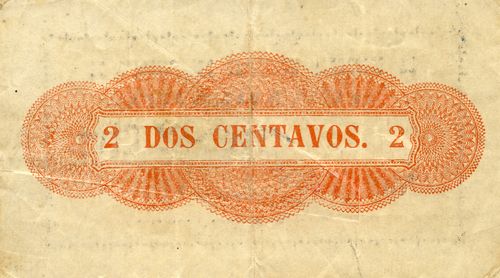 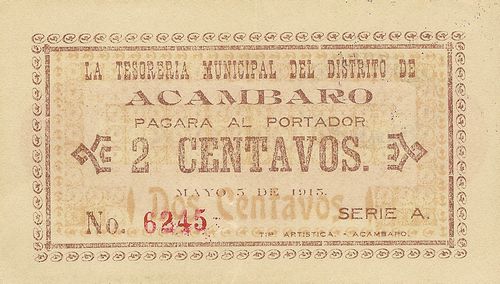 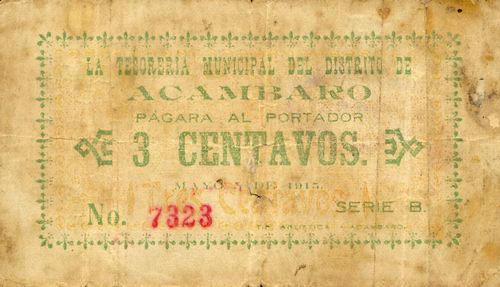 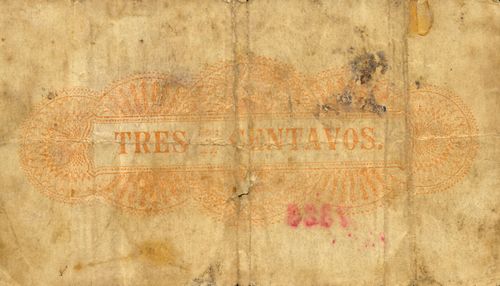 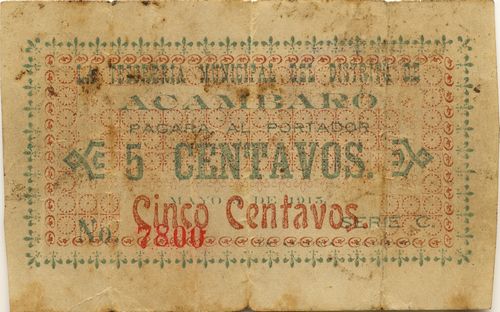 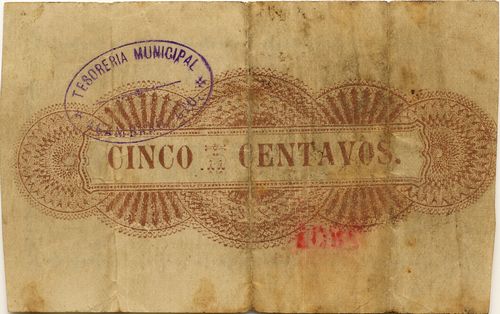 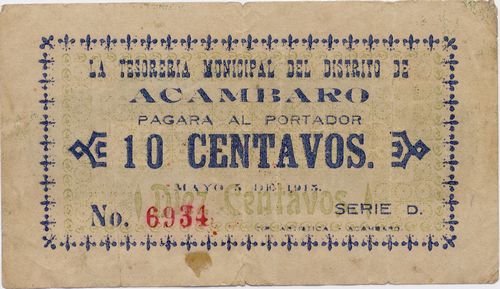 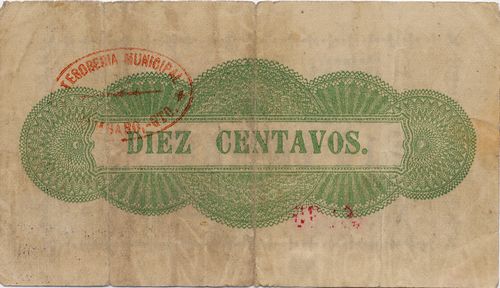 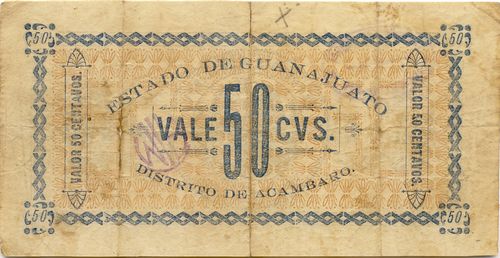 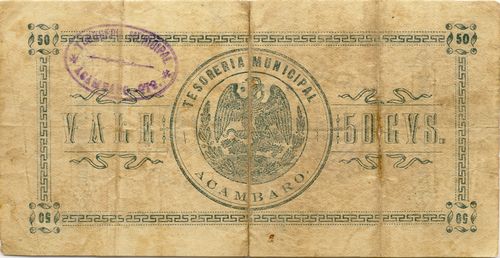 The District of Apaseo consists of the municipalities of Apaseo El Alto and Apaseo El Grande.

Apaseo was in the hands of Villistas until their defeat at Celaya in April 1915. 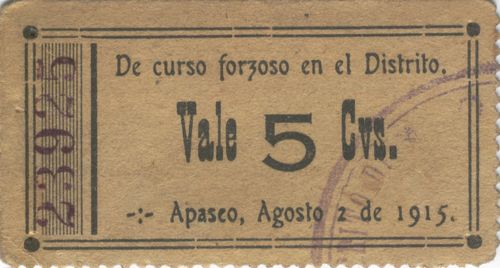 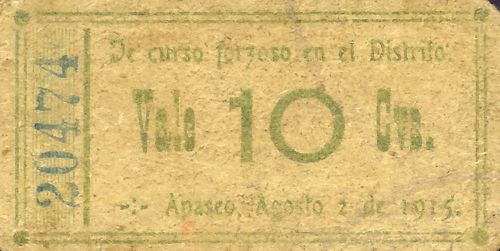 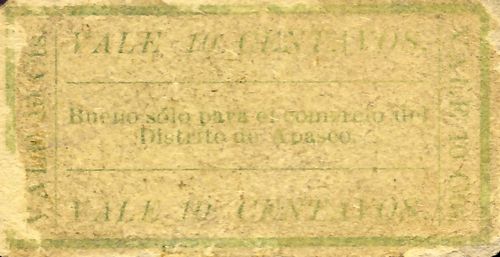 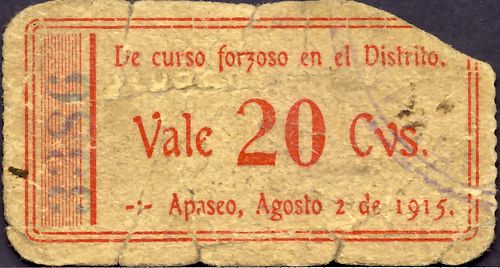 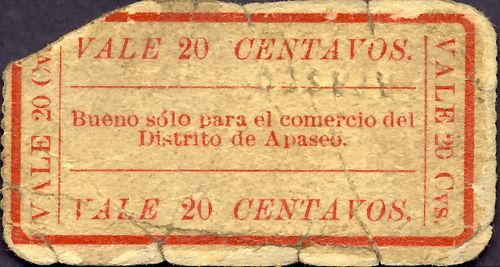 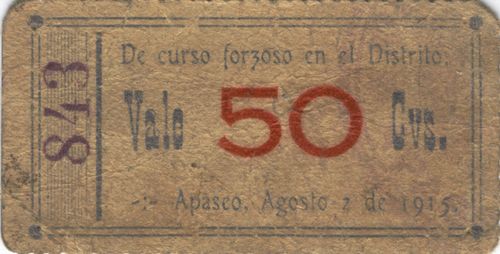