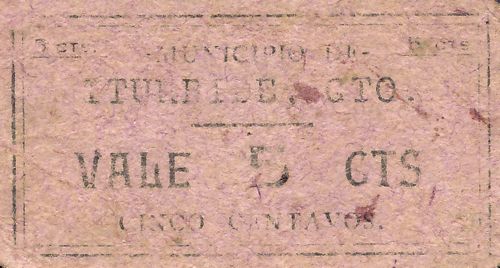 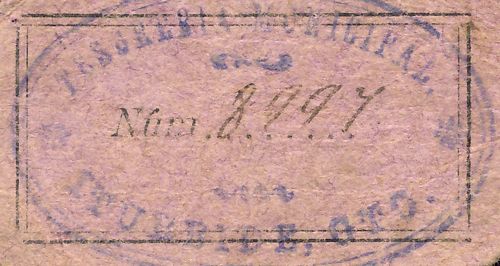 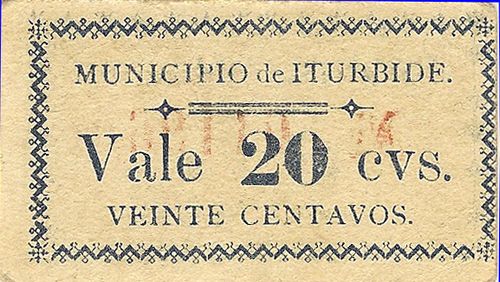 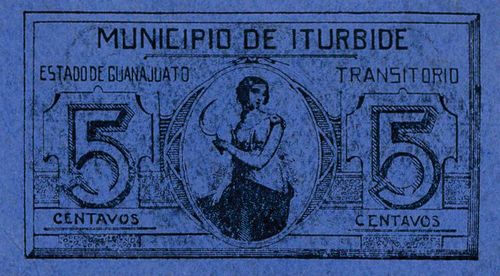 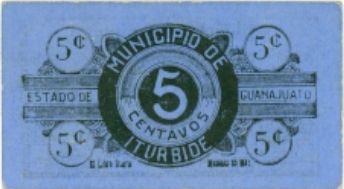 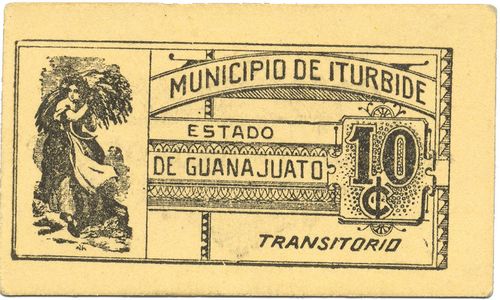 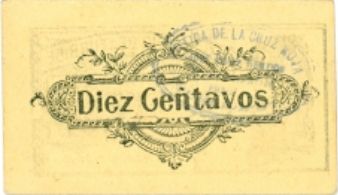 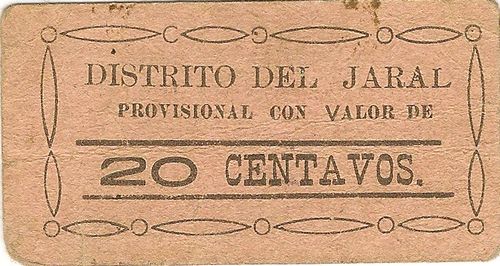 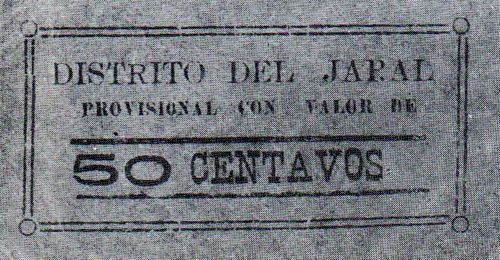 In July 1915 Julián Falcon, the sacristan of the San José de Gracia church, was appointed Jefe de Armas of León by General Fierro, on his way south. He lasted a week, during which time he formed the brigada "Falcón", circulated the Villista paper money and ordered the public offices to resume their work. Exactly eight days after taking possession of his post, the Constitutionalist forces of Generals Acosta and Novoa arrived: Falcón resisted, which caused a day of mourning, since more than 60 corpses were left lying in the streetsLa Noticia, León, Tomo I, Núm. 12, 23 January 1916.

The cartones date from a later period, under Carrancista control. 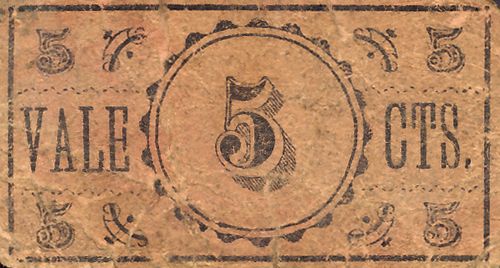 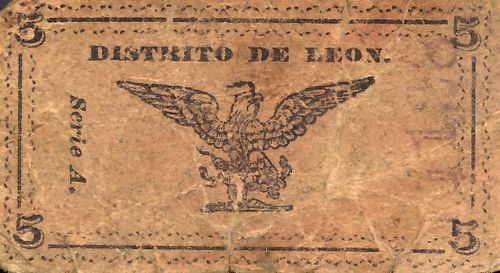 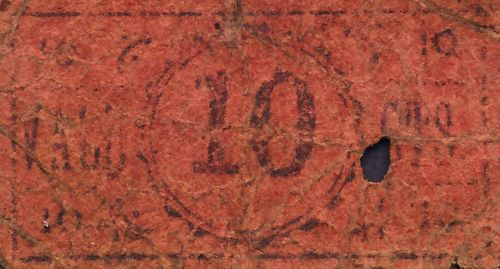 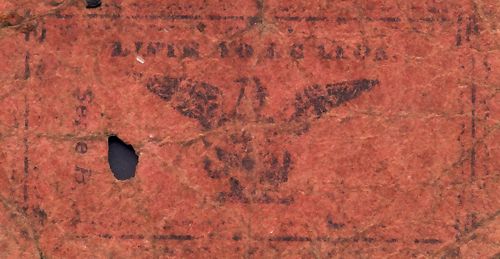 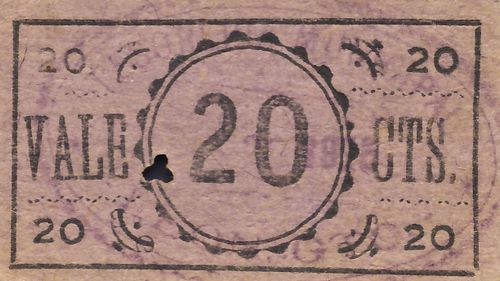 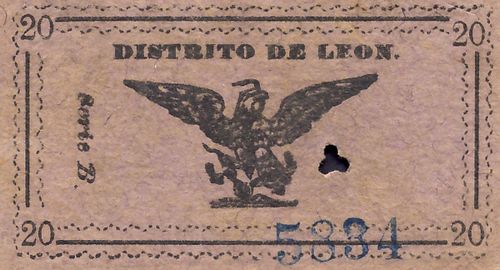 and permutations in design 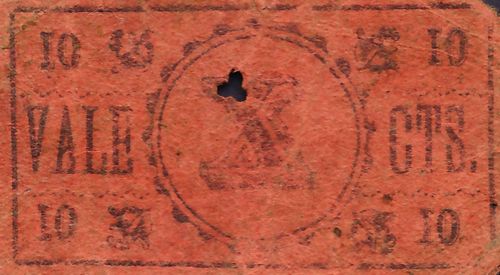 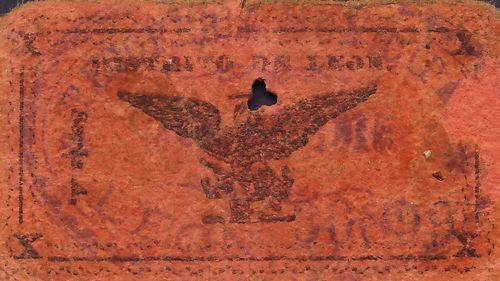 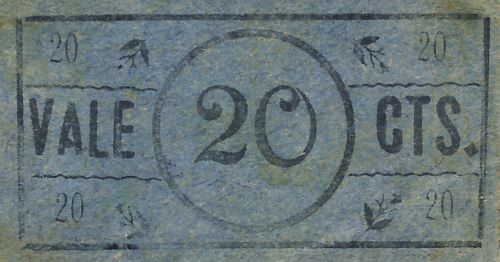 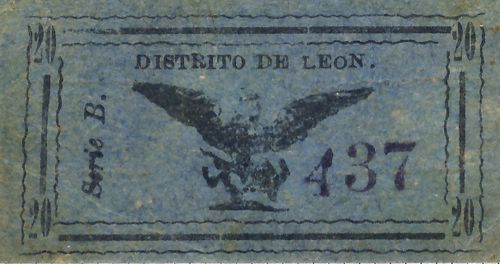 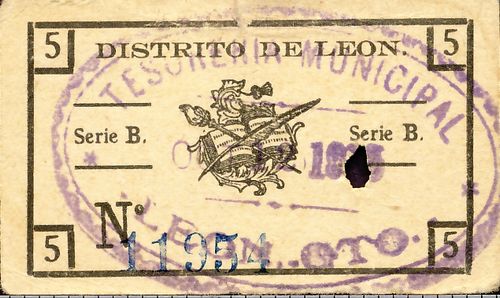 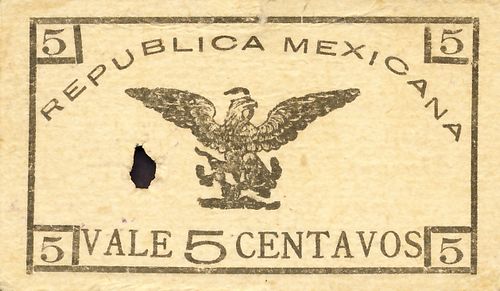 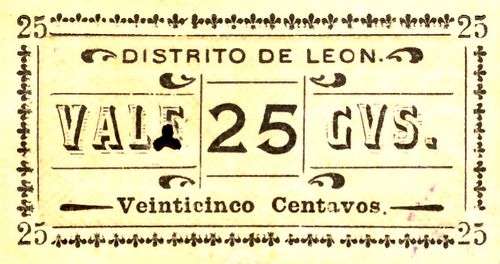 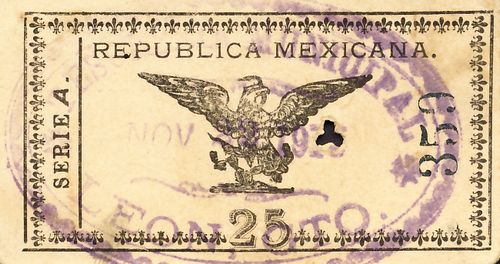 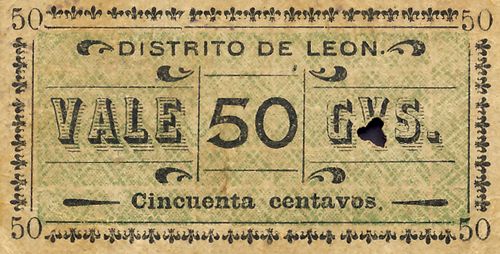 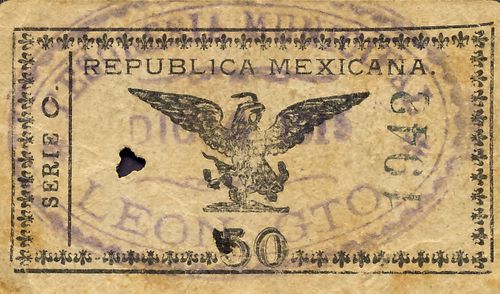 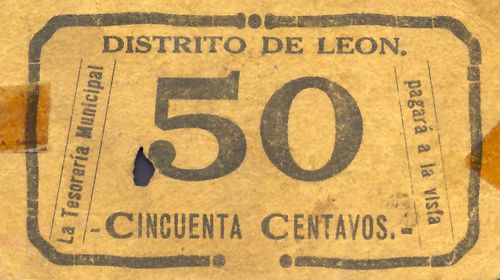 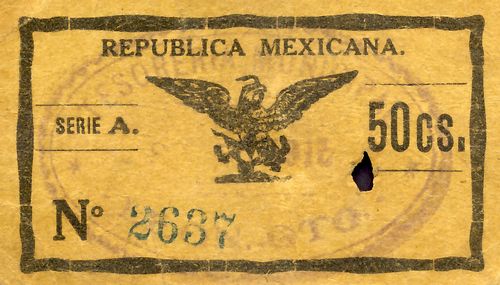 $30,000 of fichas of 5c of the Ayuntamiento of León were changed in the Tesorería MunicipalEl Demócrata, Guanajuato, 7 June 1916.