Pozos is a mining town, located in the middle of a semi-desert, with a landscape covered with mesquite trees.

we know of several series, three of which were all valid until 31 December 1915. 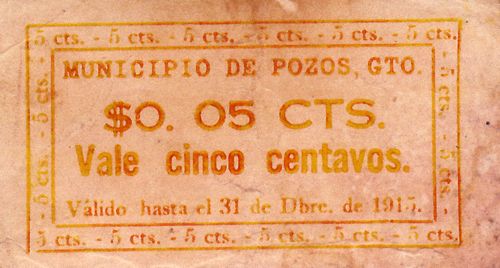 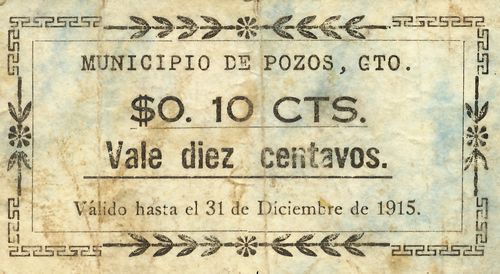 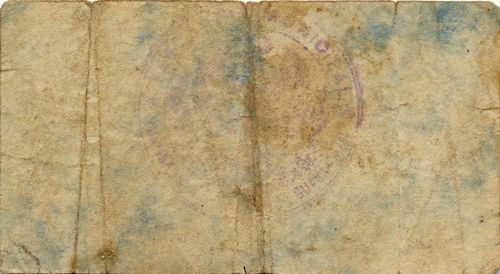 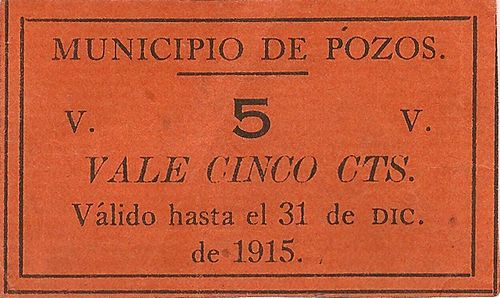 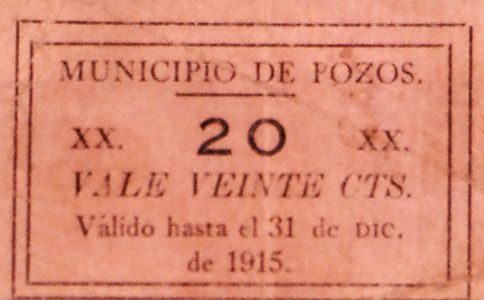 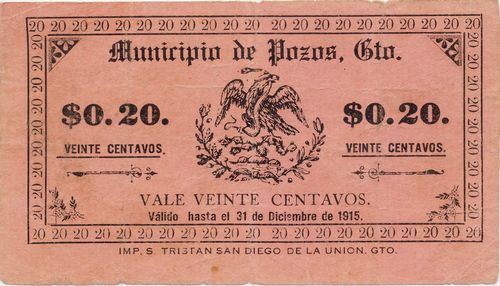 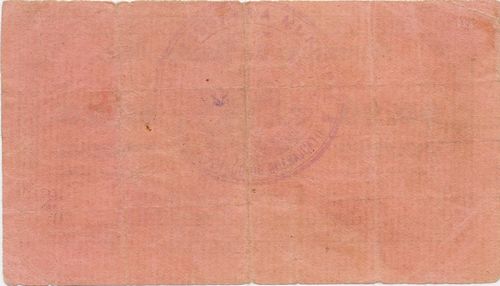 Another series was issued by agreement with the Supremo Gobierno del Estado. 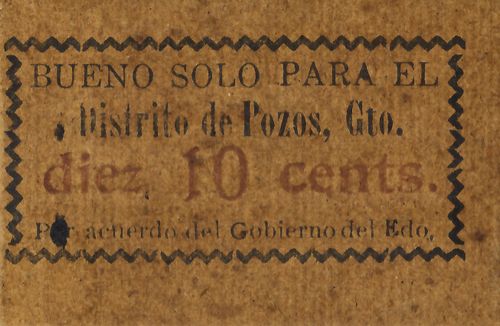 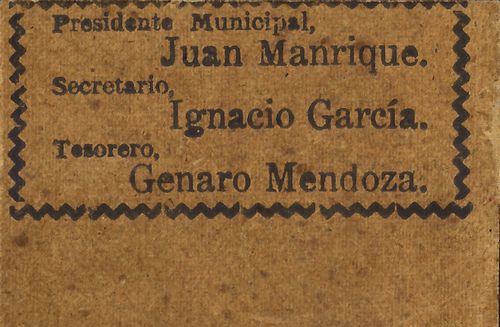 These carried the names of Juan Manrique as Presidente Municipal, Ignacio García as Secretario and Genaro Mendoza as Tesorero.