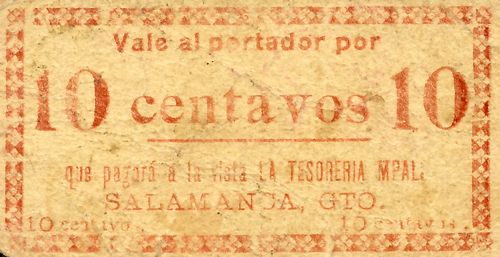 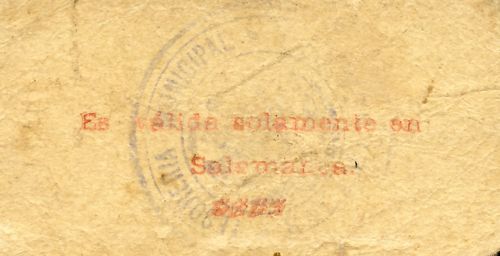 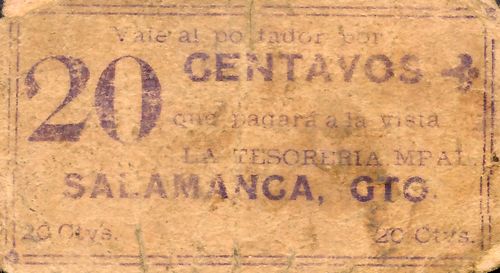 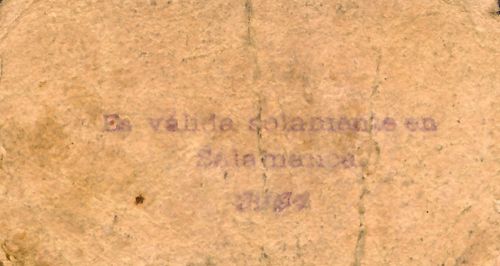 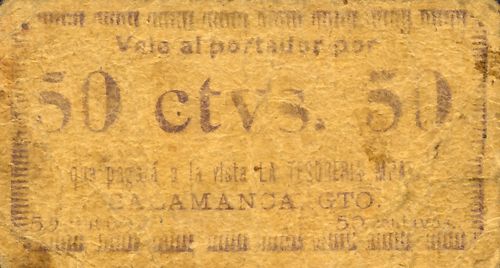 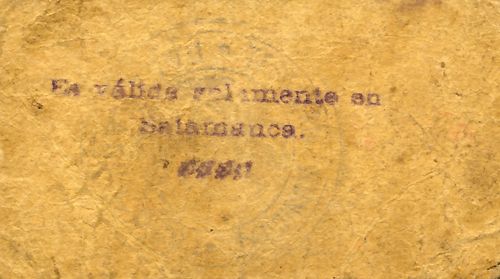 During the Revolution small denomination coinage disappeared, causing great difficulty for people to buy goods and make change. By late 1914 matters had become so bad that Salvatierra, like many other municipalities in Guanajuato, was authorized by the Governor of the state, General Pablo M. de la Garza, to issue its own paper currency, or cartones. 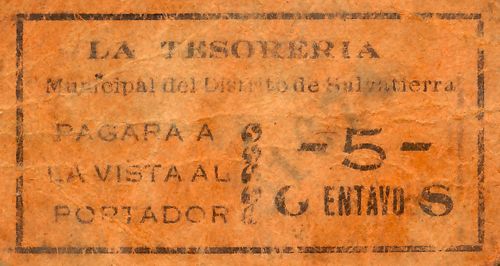 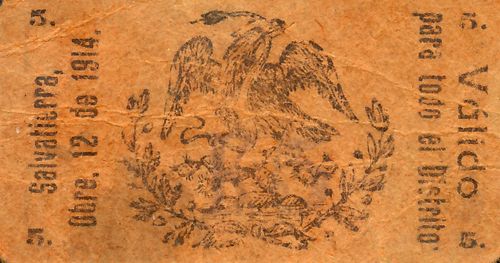 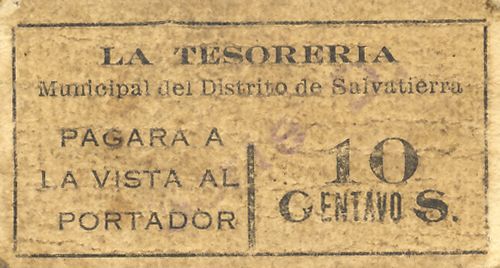 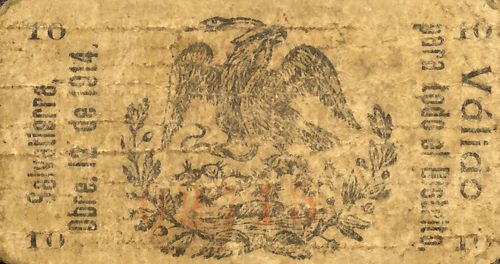 The issue was supposedly guaranteed by documents held in the Tesorería Municipal. These were probably drafts from José Villa, in charge of the Hacienda de San José del Carmen, and the owners of the Maravatío and San Nicolás haciendas, who received the notes.

The notes were printed and numbered by the Tipografia Mariana, then located at calle Hidalgo número 88, under the supervision of José Nieto Morales.

Of the five denominations we have examples of just two, the five and ten centavos. They are printed on pasteboard, measure 54mm by 29mm and carry the legend “LA TESORERIA Municipal del Distrito de Salvatierra PAGARA A LA VISTA AL PORTADOR” on the face and the national emblem, date “Dbre 12 de 1914” and the fact that they are “Valido para todo el Distrito” on the reverse.

The municipio issued a 20c and 50c note[images needed].

San Luis de la Paz, and its surrounding municipality of the same name, is a city located in the northeastern part of the state

We know of various notes, which could be from various different series. 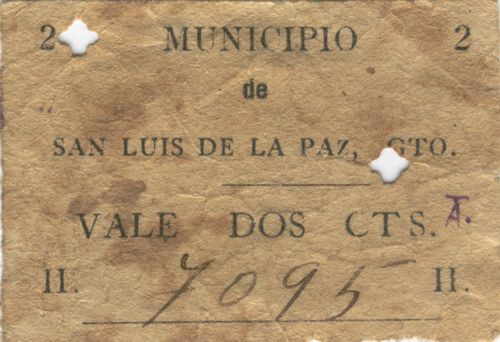 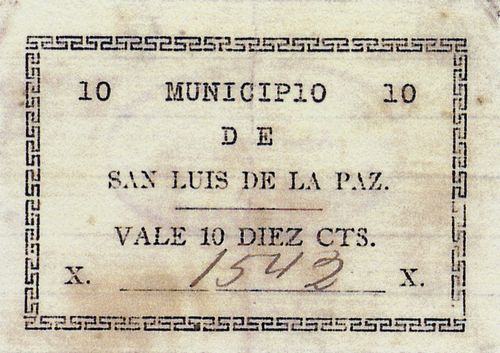 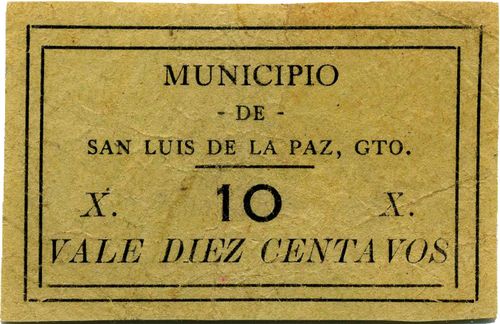 The second 10c note has the datestamp 7 August 1915 on the reverse. 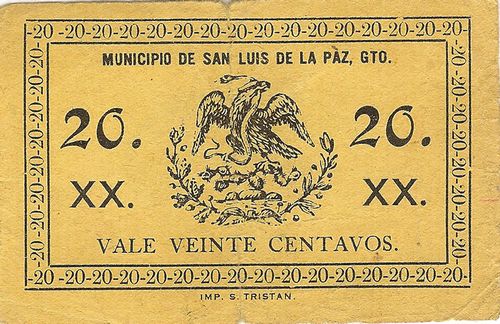 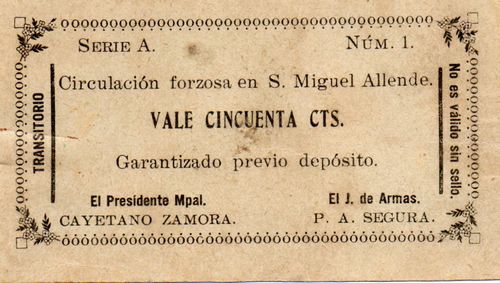 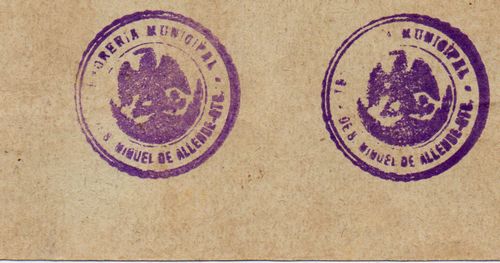 The Tesoreria Municipal issued temporary notes, in the names of president municipal Cayetano Zamora and Jefe de Armas, Capitán 1o Pedro. A. Segura, backed by a deposit and of forced circulation within San Miguel de Allende.

A 50 centavo note is knowninformation and images from Alejandro of Monedas y Medallas de Palma (www.monedasymedallasdepalma.com), a family owned shop in Mexico City.