The “2 de Abril”, named for the date of the victory over the French at Puebla on 2 April 1867, was a grocery owned by Adalberto Catalan. Adalberto Catalan had a hacienda in Mazatlan, Guerrero, expropriated by governor General Adrián Castrejón in 1915.

The grocery issued two series of notes. The rubber stamp on the first reads ‘OFICINA [               PES]AS Y MEDIIDAS SULTEPEC’. Sultepec is in the Estado de México, 100 kilometres southwest of Toluca and 250 kilometres north of Chilpancingo. 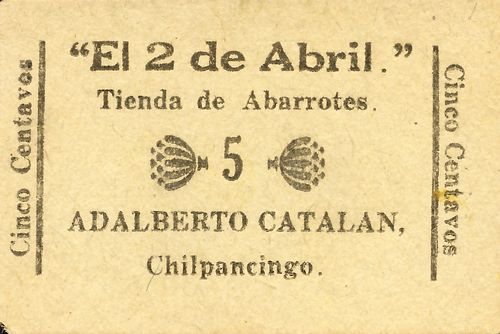 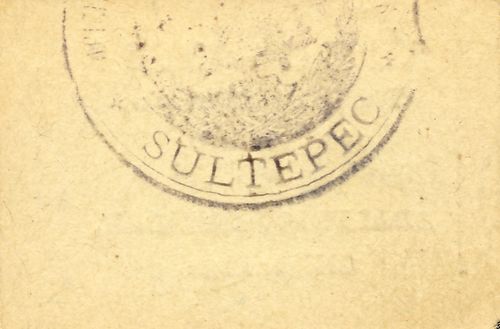 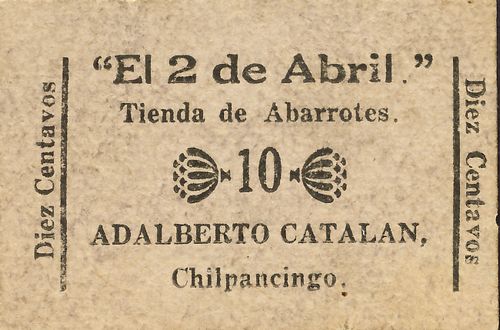 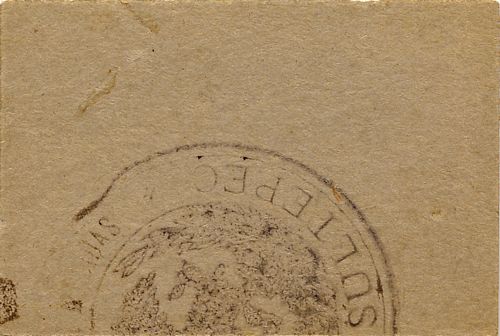 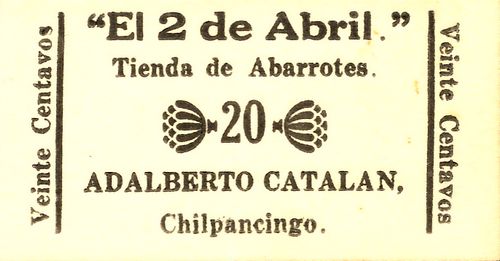 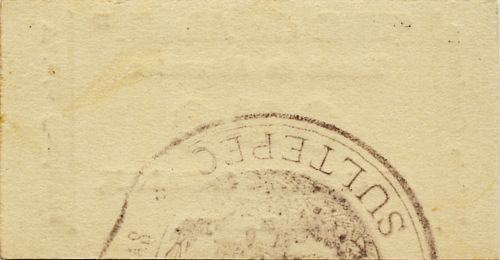 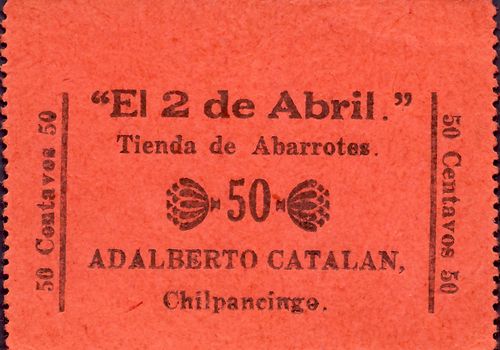 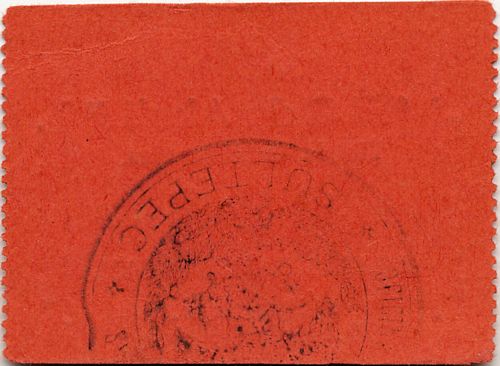 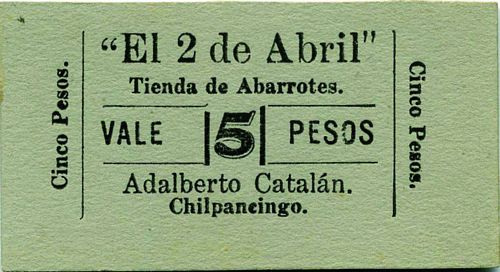 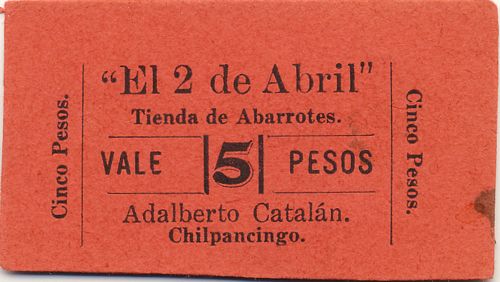 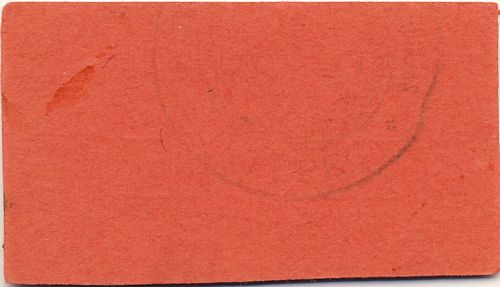 A second series with changes to typeface and Herminio Catalan. The rubber stamp on the reverse reads ‘FRANCISCO BRINGAS CORONEL AGENTE DE LIBROS’. 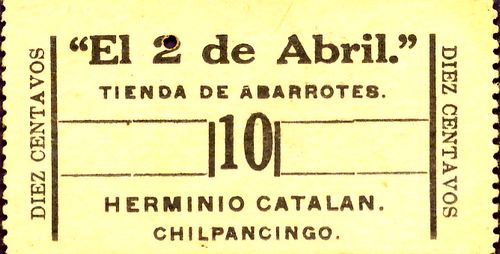 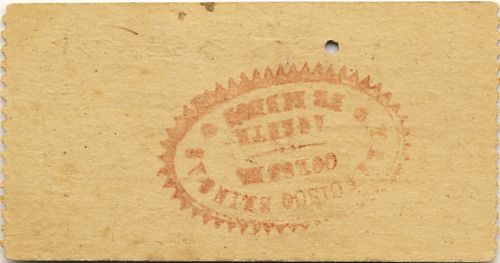 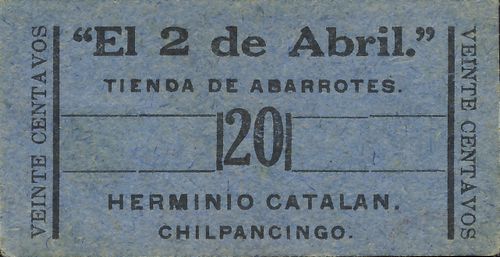 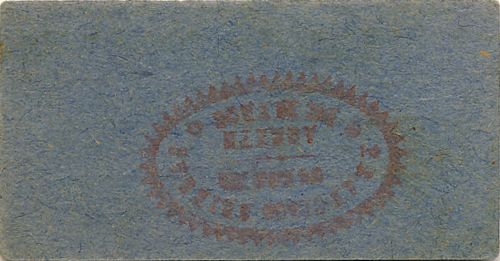