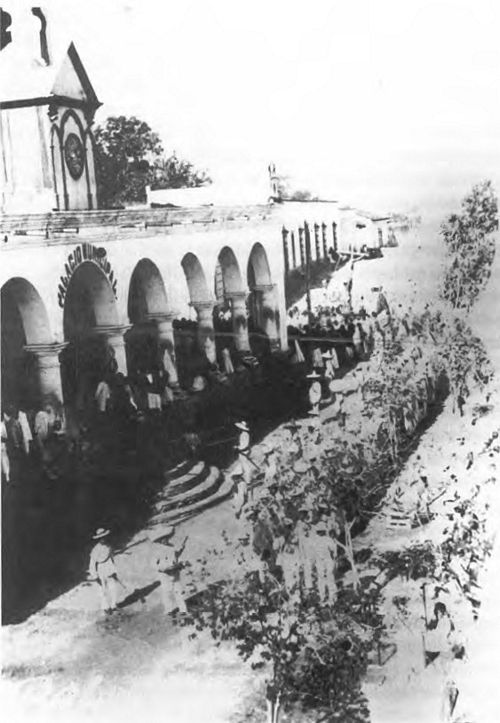 On 22 December 1914, the president of Tlapa, Emeterio A. Bazán, wrote to the Secretario General, informing him of the terrible crisis that the town was going through. He had tried to comply with the circular núm. 26 ordering the circulation of the revolutionary banknotes and fractional currency but he did not have any support, the needy and employees were suffering greatly and merchants and owners were forming a bad impression of him, which he did not deserve. He ended by begging for instructions on how to resolve the situationAHMTla, Presidencia 1914, caja. 33, exp. 4.

Because of the continuing problem of change on 25 March General Vicente Rodríguez suggested that the ayuntamiento issue cardboard boletos of 5c, 10, 20c and 50c. Storekeeper would acquire the boletos in exchange for higher value notes and use them to make changeAHMTla, Caja 35, Presidencia 1915, exp 2 s/p. 25 March 1915. This had already been tried, and suppressed, but now they were forced to try it again.

On 25 June a notice was published in Tlapa[text needed] that prohibited the use of coins. All purchases should be made with the local notes (boletos autorizados por la Comandancia del distrito y el Ayuntamiento municipal)AHMMal, Presidencia 1914-1915, caja 4m s/p.

On 18 July Teniente Coronel José L. Tapia, the Jefe de la Plaza in Tlapa, commanding the Tercera Compañía de Infantería, wrote to Zapata about shortages in his area. He had been ordered by General Crispín Galeana to force the circulation of the local currency (la moneda fiduciaria y papel moneda emitido en esta Ciudad) but met such resistance that it had even been proposed to amortise some of this money. Tapia was forewarning Zapata in case someone approached him and also asked what he should doAGN, Fondo Emiliano Zapata, caja 9, exp. 2, f. 47.

None of these notes are known. However, some round cartones are catalogued as from Tlapa.