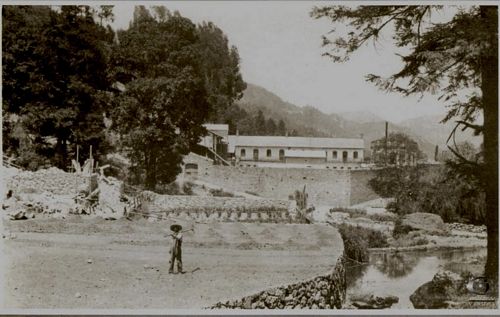 Mineral el Chico is a town about 15 kilometres north of Pachuca. The hacienda de beneficio (smelter) “San Diego” is located in the southern corner of the town.

We know of cartones and cheques produced by the Tipografia Artistica, Pachuca. The cartones were for ten and twenty centavos, printed on the back of ledger paper from the tienda de raya. The dates range from to 14 May to 23 July 1915. 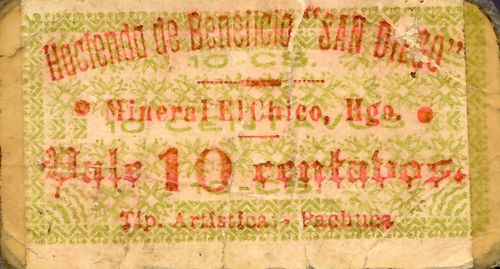 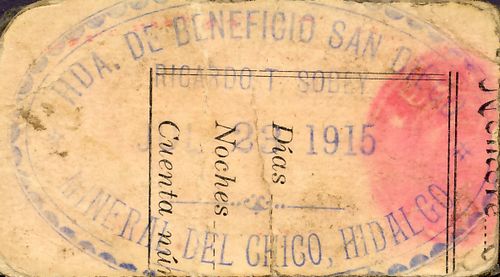 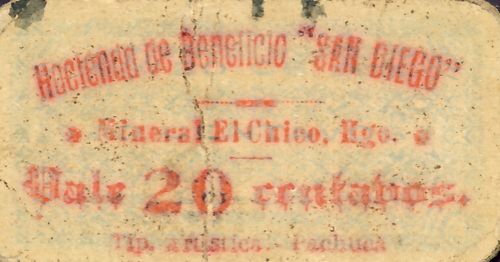 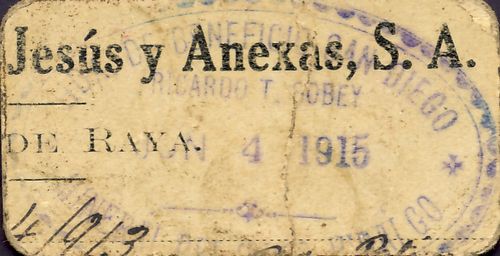 The following was cut from the same recycled boletas de raya as the above. 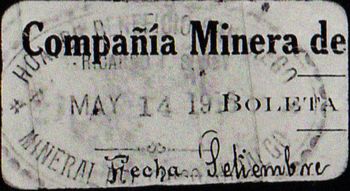 There were also bearer cheques (cheques al portador) drawn on the Mexico City branch of the Banco Internacional e Hipotecario de México. An early $5 had the printed date of February 1915.

Later issues had the date handstamped. 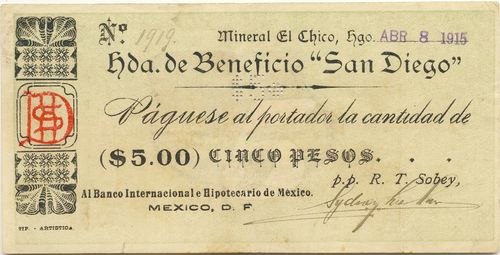 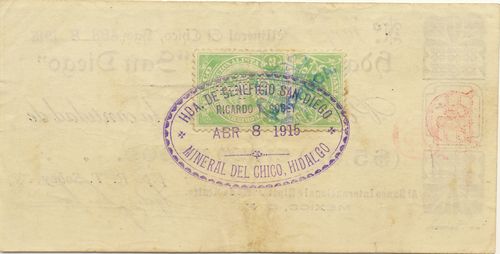 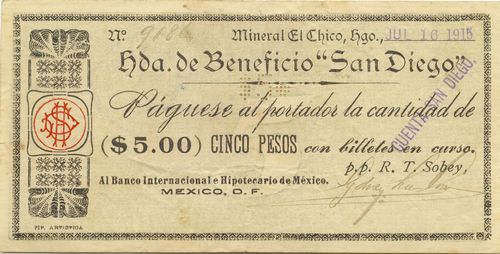 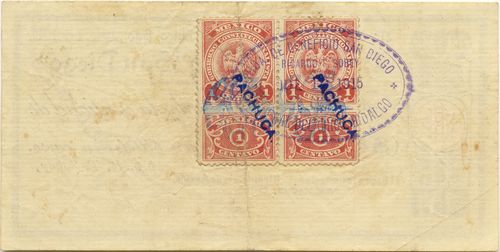 All these notes were signed by Sydney [     ][identification needed] per pro Ricardo T. Sobey.