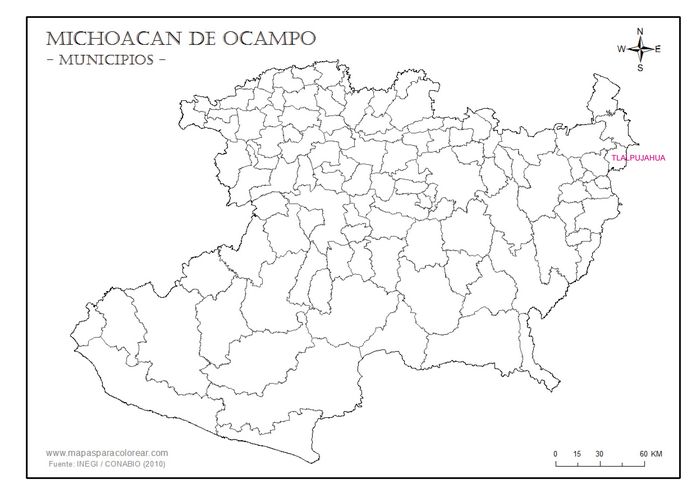 Tlalpujahua is located in the far northeast of the state. It is one of a group of mining communities in this area, along with Angangueo and El Oro, in Estado de México. Tlalpujahua is the home of the Dos Estrellas mine, which was the leading producer of gold in the early 20th century. A major landslide of mud and mining debris damaged this mine and buried about one-third of the town in 1937, effectively ending mining.

During the revolution only El Oro Mining and Railway Co.; Esperanza Ltd.; Mexican Mines of El Oro Ltd. and the Compañía Minera Las Dos Estrellas in El Oro and Tlalpujahua managed to continue operating, though intermittently, and the armed movements and insurrections of various factions interrupted communications with the centre and north of the country. 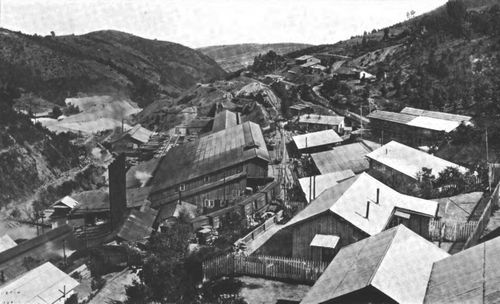 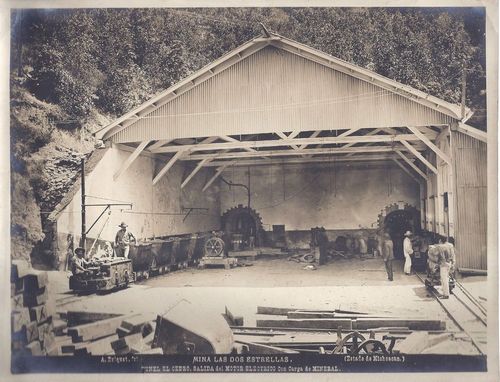 This company was formed on 19 September 1898 with French capital (the Banque Franco-egyptienne and Crédit Lyonnais). It participated in the mining boom that lasted until just before the revolution, then operated on a smaller scale until 1937 when it was effectively nationalized, passing into the hands of a workers co-operative, the Cooperativa Minera “Las Dos Estrellas”. It went into liquidation in 1959.

On 4 March 1914 it was reported that the company was paying its workers with vales, which has increased the lack of trust between some stores and the workersEl Diario, 4 March 1914.  Another Mexico City newspaper reported in April 1914 that the company had issued vales for one peso and less to counter the lack of tostones and fractional money. They used it to pay their workers who in turn spent it with local busineses. The businesses, once they had accumulated a certain amount, redeemed the vales with the companyEl País, 16 April 1914; The Mexican Herald, 17 April 1914.

The facsimile signatures are of J. M. Corona as Cajero and Andre Griffiths as Gerente.

The company ultimately issued $320,000. It began to redeem them once communications were reestablished but only in part. By May 1917 a large amount was still outstanding so the governor, General José Rentería Luviano, ordered the company to set up an office to redeem its notes, in oro nacional, at a rate of 25% of their face value. The office should publish notices[text needed] in the local and national press to hand in their vales by 30 June, and the collected notes should be incinerated during the first days of July. As the company had issued the notes without official authorisation he also imposed a fine of $32,000 (10% of the total issued)AMMor, caja 39 A, exp. 35.

The workers at the mine were upset by this ruling and at the end of June sent a deputation to Mexico City to petition their representative, Enrique Parra. Parra talked to the Oficial Mayor at the Secretaria de Hacienda, which paused the redemptions, and to Carranza himselfEl Pueblo, 2 July 1917. The Secretaría decided that the company should redeem its notes at a rate of 54 centavos, oro nacional, for each peso, giving the Comisión Monetaria responsibility for overseeing the exchangeEl Demócrata, 5 August 1917: El Pueblo, Año III, Núm. 998, 8 August 1917. 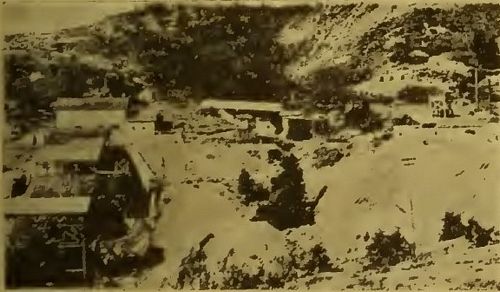 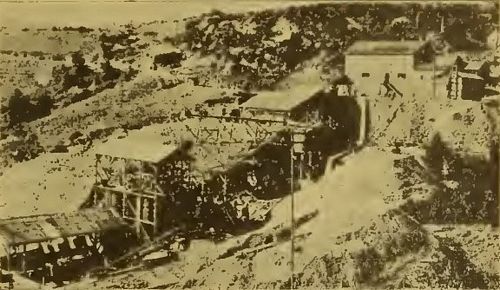 This company was registered on 22 April 1904, with a capital of $360,000. One of its founders and first vicepresident was Hubert Andragnez, a “barcelonette” who had come to Mexico in 1891 and established himself as a financier and director of several banks and mining companies (he was also a founding shareholder in the Banco del Estado de México). Andragnez was president of the company in 1913.

During the revolution the company issued two series of notes with various dates from 3 October 1914. One set was printed by the local printers, Talleres de El Fenix, in neighbouring El Oro, thus 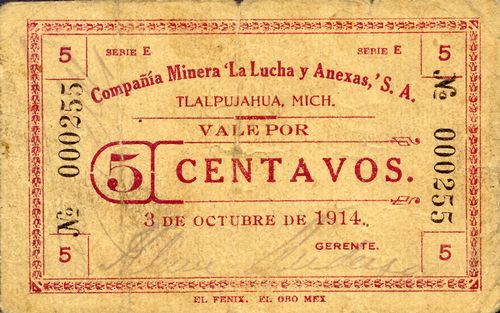 These were signed by M. Romero as Cajero and Glenn Anderson as Gerente.

Another series was produced slightly more professionally by Tipografia La Carpeta, of Mexico City. These were also dated 3 October 1914, had the same signatures and were redeemable in multiples of five pesos. On decreasing values the series letter on the left is A to E, whilst the series letter on the right spells LUCHA, so 5c E-A, 10c D-H, 20c C-C, 50c B-U, $1 A-L.

We have no information about the withdrawal of these notes.