In 1915 General Francisco Villa informally appointed General Jesús Síntora as Military Commander in Michoacán. Síntora gained support within Zamora and in July 1915 ordered the town hall to fly the Conventionalist Army flag. Teniente Colonel Luis G. Cárdenas became municipal president and Síntora himself took charge of the military forces during the following two months, as he tried to enlarge the Conventionalist Army’s territory against the Constitutionalist troops of General Carranza.

The need for currency made the Conventionists order the production of provisional municipal paper money in accordance with a military decree of 8 August 1915[text needed].

These are known in denominations ranging from 5 to 50 centavos, although it is more than probable that higher denominations were issued, specifically the one peso value commonly made by revolutionary armies in different cities in Mexico and of course in Michoacán. The 20c and 50c values carry the names of Cárdenas, Síntora and J. Prado as Tesorero (Treasurer). 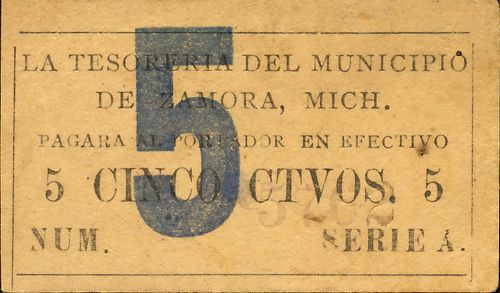 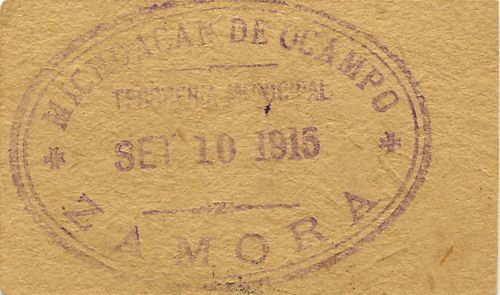 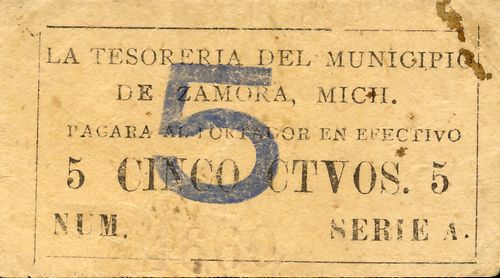 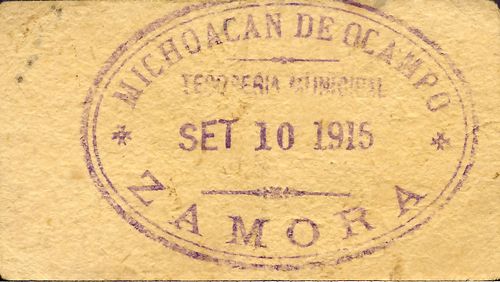 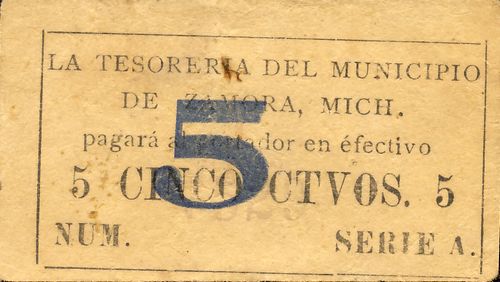 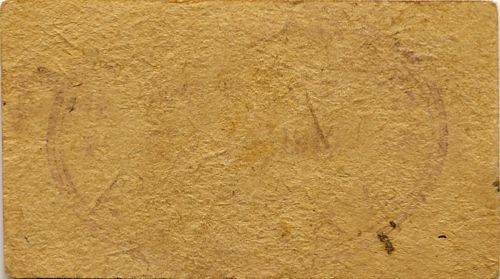 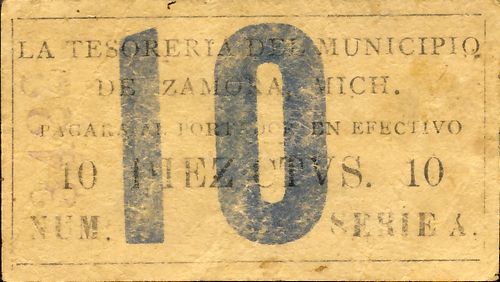 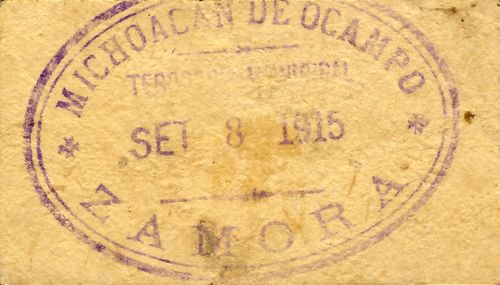 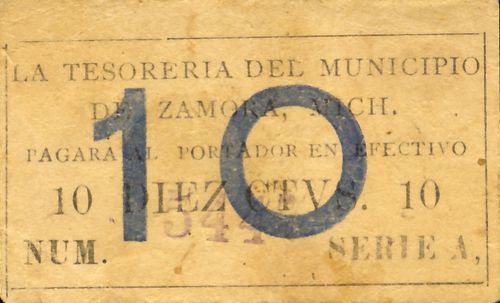 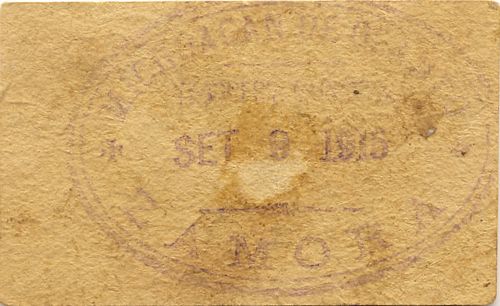 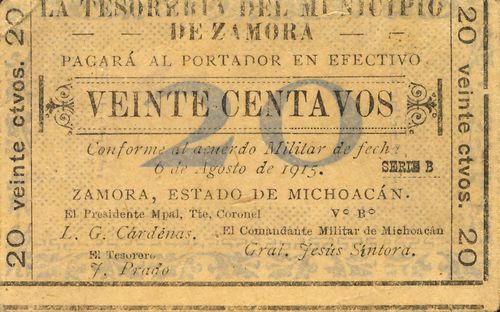 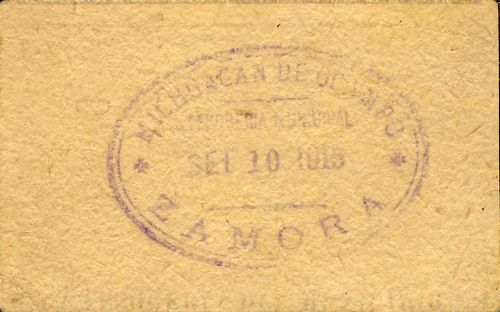 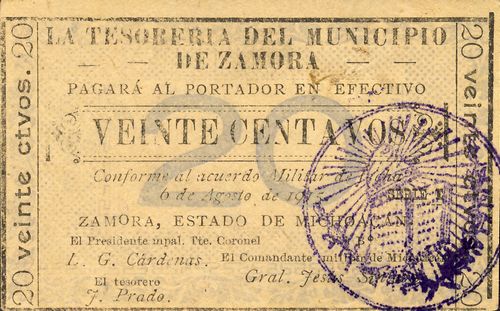 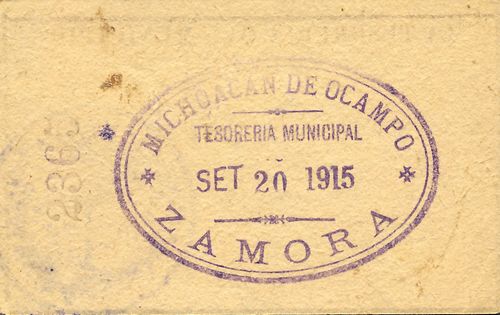 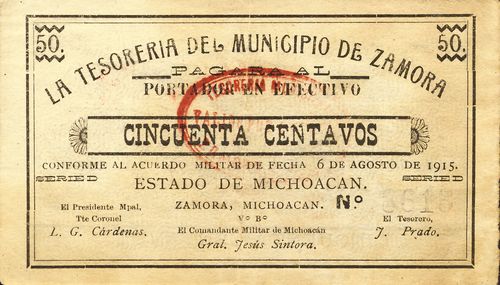 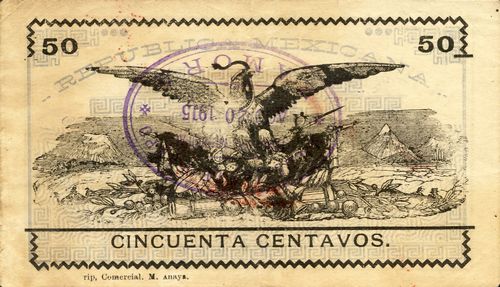 On 10 September Síntora received a reinforcement of 400 men from Villa’s Division of the North but on 23 September Constitutionalist troops took over Zamora and Síntora had to withdraw his troops towards the south. So these notes will have been short-lived.