The $1 note of the Banco de Morelos

When Huerta permitted banks to issue $1 and $2 notes the Banco de Morelos arranged for the Mexico City printer, Eduardo I. Aguilar, to produce $1 notes.

These were never delivered and were discovered, packed away in wooden crates, when the Constitutionalist authorities took over Aguilar’s printshop in September 1914 and José Campero carried out an inventory. The notes and plates were taken awayThe Mexican Herald, 29 September 1914. Apparently there were 1,200,000 Banco de Morelos notes El Liberal, Tomo I, Núm. 43, 29 September 1914.

The portrait on the face is of José María Morelos and the building on the reverse is the Palacio de Cortés, the seat of government in Cuernavaca. 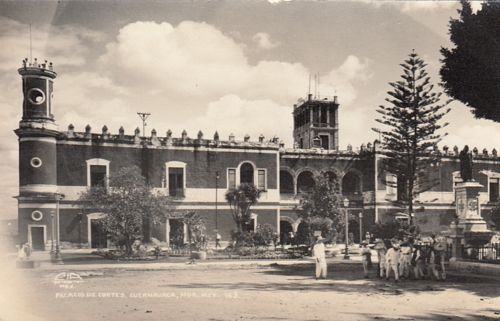 The printed signatures are:

Notes are known with series and serial numbers, which raises the question of if, when and how many were ever issued.