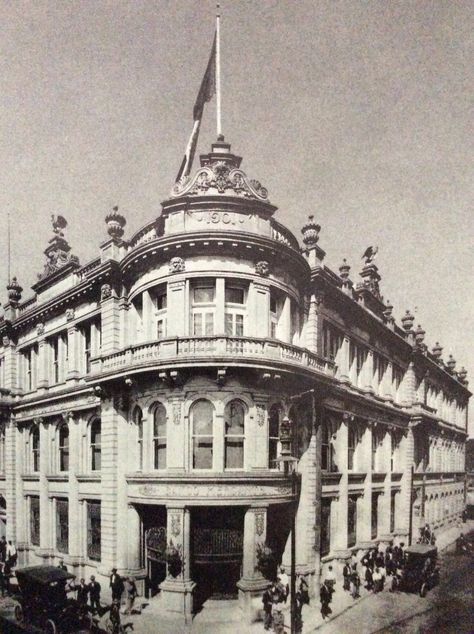 This bank opened its doors on 6 December 1899. The concession[text needed] had been sought by Enrique C. Creel and Tomás Mendirichaga on 19 May 1899 and approved by President Díaz on 14 October.

The original plates had the titles "Gerente", "Presidente" and "Interventor del Gobierno" and the text included "EN MONEDA DE PLATA".

For the subsequent runs the title "Presidente" was altered to "Consejero", the text to "EN MONEDA CORRIENTE" and "Monterrey" and "19" erased.

In April 1914 the ABNC produced the following notes. However, they were never delivered and were all destroyed in October 1924. 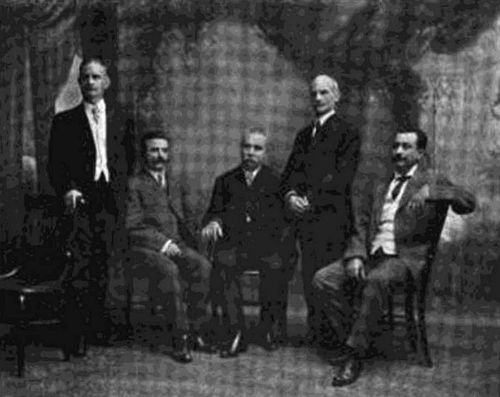 The bank refused to produce its documents to Carranza's Comisión Reguladora e Inspectora de Instituciones de Crédito but the commission based its decision on the balance dated 31 December 1915, which showed that it did not comply with the Ley General, and so, on 8 March 1916, the commission nullified the bank's concession.

Somone who was a bank teller in Brownsville, Texas, from 1912 until his bank failed in 1929 reported that after the Mexican banks closed in 1916 the American banks, along the border at least, continued to honour Banco Nacional and Banco Mercantil de Monterrey notes for quite a lengthy time afterwards. Apparently the banks had built up quite healthy credits in American funds in various banks on the American side. The Brownsville banks forwarded the banknotes to Laredo for collection and continued to do this until the Laredo bank notified them that funds were finally exhaustedletter R. O. Bork, 10 September 1972.

Under Obregón's decree of 31 January 1921 the bank was placed into Class A (for banks whose assets were greater than their liabilities) and allowed to resume all customary operations except the issue of bank notes.