Occasionally, existing cheques were overprinted “AL PORTADOR” and with a discrete denomination, but more usually, because of the volume needed, the cheques were specially printed.

The 1935 crisis began when the United States passed its American Silver Purchase Act on 19 June 1934: this caused to price of silver to increase and as a result, in Mexico, silver coins began to be hoarded to be remelted at a profit. On 25 April 1935 the Mexican government reacted with a series of reforms, changing the fineness of its coinage, and withdrawing silver coins from circulation. It had ordered 50c coins (tostones) and $1 Banco de México notes from the United States but until these arrived the sudden shortage of small change led to these “necessity notes”. When the crisis passed most of these cheques were redeemed (out of $10,000 issued by the Uníon Nacional de Industria y Comercio in Guadalajara only $18 was not handed in) and so survivors are extremely rare.

No notes are currently known from Monterrey so much of the following is conjecture, to be tested if and when examples appear.

In Monterrey, on 6 May the Cámara Nacional de Comercio held a meeting of local businessmen.  Although the problem was less severe than in other cities, they agreed that the five local banks should issue $1 cheques drawn on the Banco de México[images needed]El Porvenir, Núm. 6874, 7 May 1935. The banks will have been the recently formed Crédito Industrial de MonterreyThe Crédito Industrial de Monterrey, S. A. was organized and began operations in February 1932. The reason for its establishment was to furnish an efficient and economical service for manufacturers and merchants who had been under credit strain, as other local banks in Monterrey had undergone a serious setback after the passing of the monetary law in June 1931. The bank’s capital was totally subscribed by local manufacturers and merchants, and therefore it was named Crédito Industrial de Monterrey. The company did a general banking business but specialized in the discount of commercial paper and collateral loans secured by raw material. One of its principal stockholders besides those mentioned was the Banco de México. All the original officers of the bank had been trained in the United States, and its manager, Roberto Riveroll, was until 1931 agent of the Banco Nacional de México in New York., the Banco de Nuevo León, the Banco Mercantil de Monterrey, the Banco Comercial de Monterrey and probably the local branch of the Banco Nacional de México. The issue would at first be limited to $2,000 for each bank or $10,000 in total. The first issue was taken up in less than two hours, and by 12 May $17,000 had been issuedEl Porvenir, Núm. 6879, 12 May 1935.

Bernardo Elosúa was Presidente of the Cámara at this time, so was probably one of the signatories. 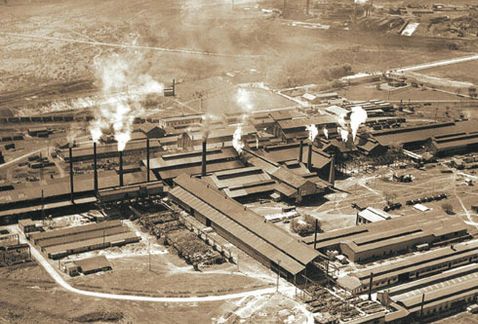 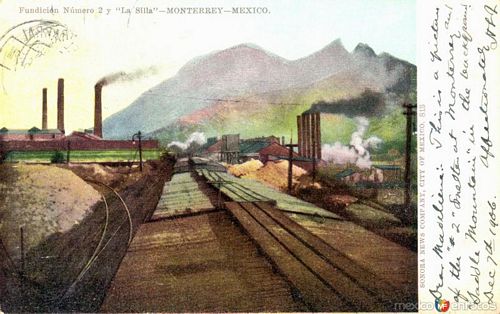 On 27 May the company announced that their $1 cheques had been counterfeited and so were being withdrawn. Holders were given until 31 May to present them for payment at the Crédito Industrial de MonterreyEl Porvenir, Núm. 6895, 28 May 1935: El Siglo de Torreón, 31 May 1935. Coronel Cejudo, of the secret service, set his staff on the trail of the counterfeiters. Agent Vicente Montemayor discovered that the Imprenta y Litografía “El Modelo” had sold 60 sheets of security paper to Fidencio Novoa Ramírez, who had a printing press at calle del 5 de Febrero no. 52 (Colonia de la Independencia). There the agents found blanks ready for printing, and Novoa Ramírez confessed that two individuals had asked him to print counterfeit Fundición chequesEl Porvenir, Núm. 6896, 29 May 1935.
é