Lampazos is a town 150 kilometres north of Monterrey. 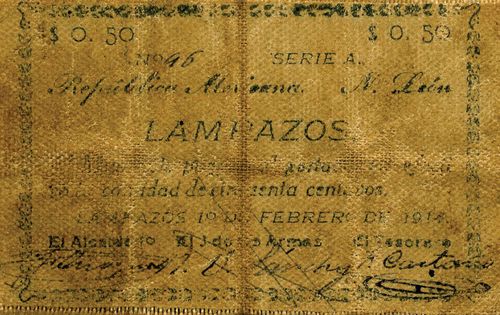 and a 5c note from the Tesorería Municipal, dated [  ] March 1914, also signed by the Alcalde and Tesorero. 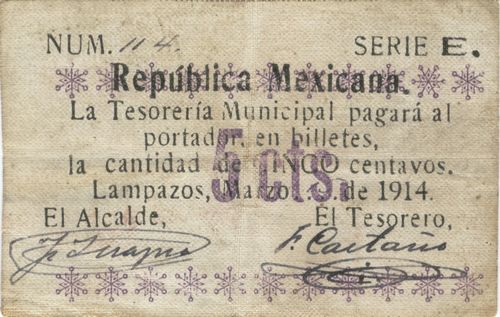