The Carrancista División 21 attacked from the Istmus to take the state capital, which it achieved at the beginning of March 1916. Governor José Inés Dávila evacuated Oazaca and established his capital in Tlaxiaco and Carranza named José Agustín Castro as gobernador preconstitucional, so that there were two governors in the state.

Only the 50c is known to exist. 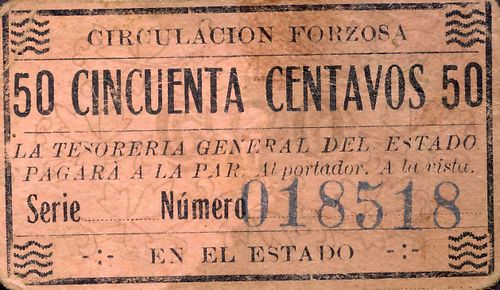 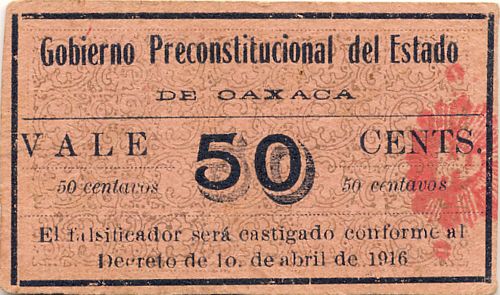 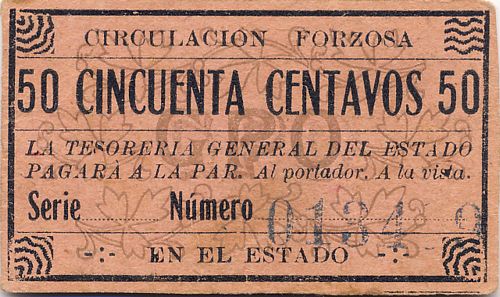 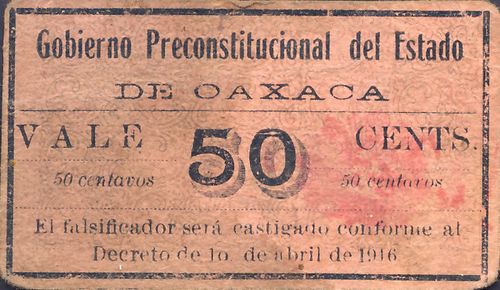 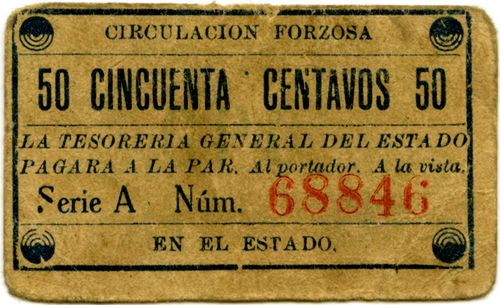 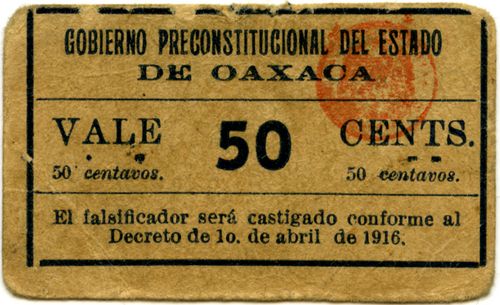