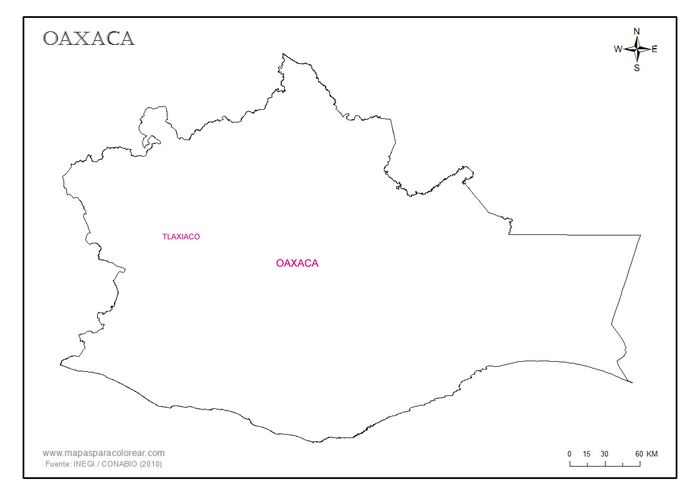 Tlaxiaco is a town located in the south of the Mixteca region where José Inés Dávila set up his government when driven from the state capital.

This is the last of the Dávila government issues. Typeset and printed in black on light weight tan card, it was finished with handstamped signatures on the face and a brown-red serial number. There is usually a violet treasury seal on the back (inverted, lower left comer). Early notes seem to lack the treasury seal. All are Series F, as a continuation from previous issues. 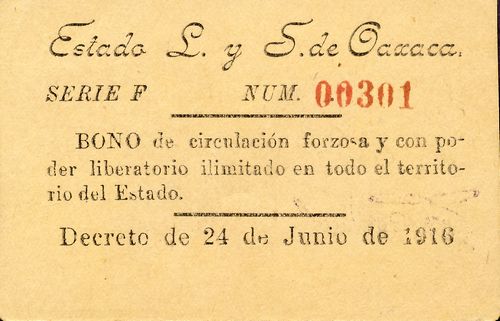 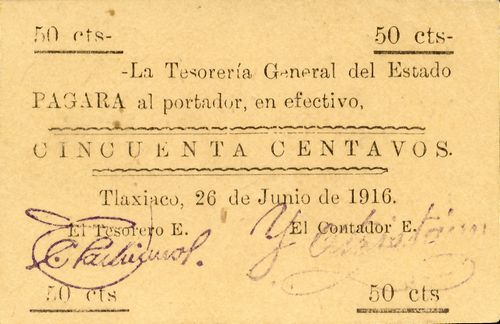 These have the signatures of Tesorero Constantino Pachumal (the Contador on the Nochixtlán notes) and Accountant (Contador) Y. [                ][identification needed].

In May 1916 Félix Díaz, nephew of the late Porfirio Díaz, arrived to begin his counter-revolution under the guise of the Ejército Reorganizador Nacional. His first objective in July was to capture the state capital but he was utterly routed.