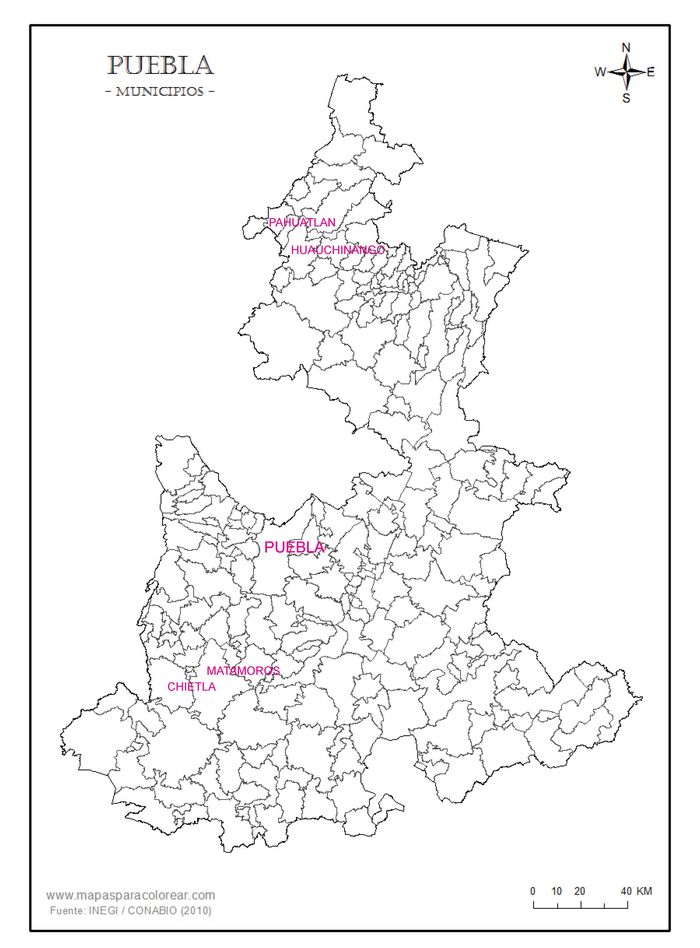 We know of four issues, from two different ends of the state.

Pahuatlán is situated 250 kilometres north of Puebla and until 1918 was part of Jefatura Política of Huauchinango. 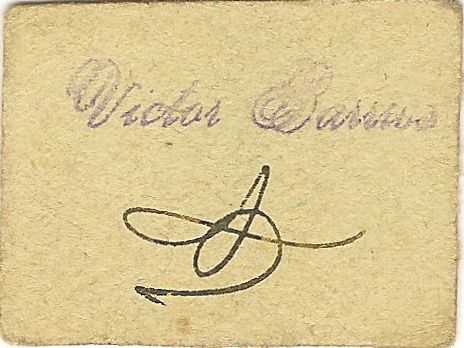 This is listed in the catalogue as 'Tesorería Municipal - Pahuatlán de Valle; Secretaría del Ayuntamiento de Pahuatlán; Victor Barrios'  - a 1c cartón with or without a serial number. 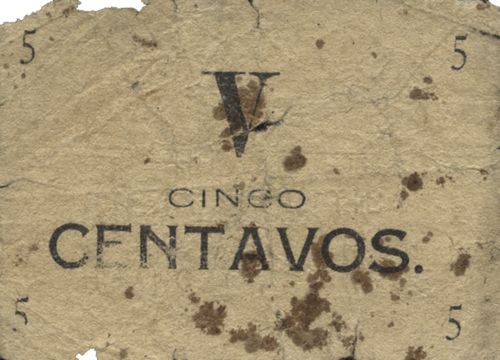 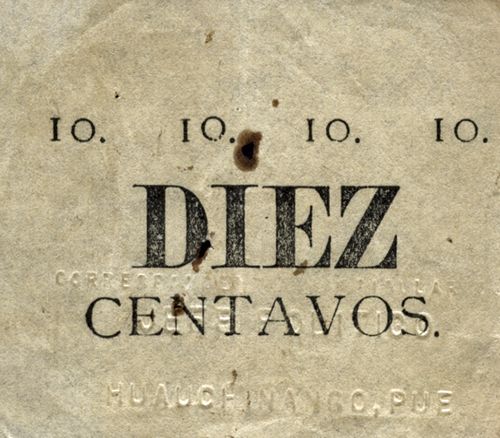 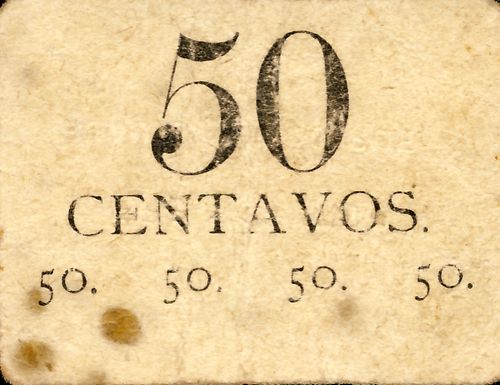 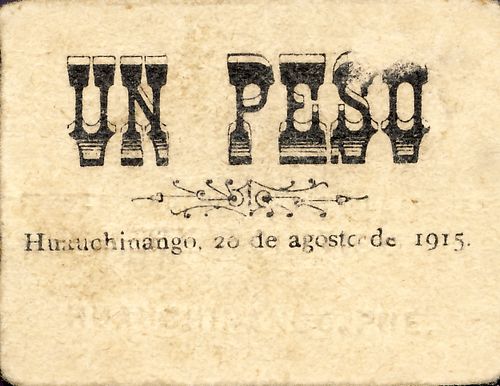 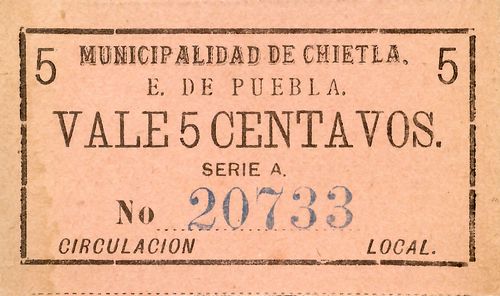 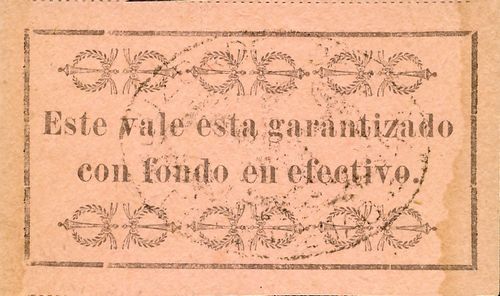 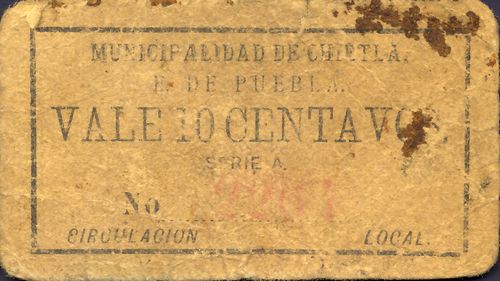 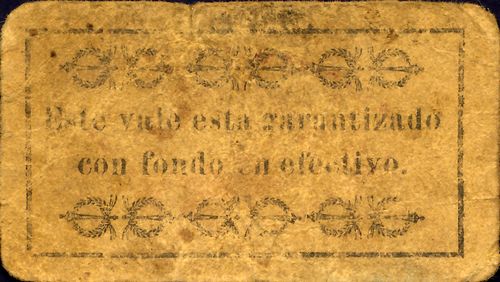 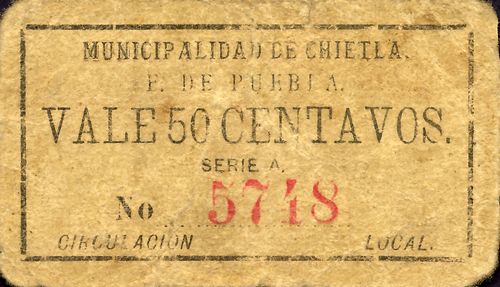 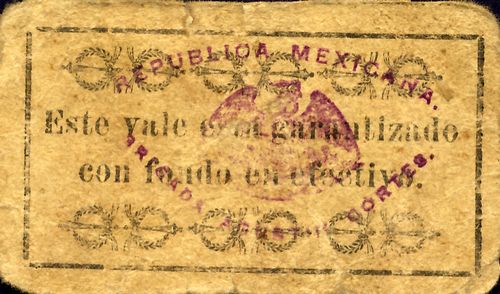 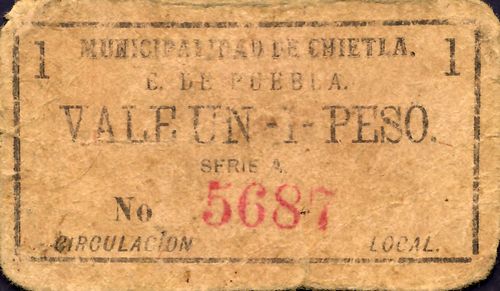 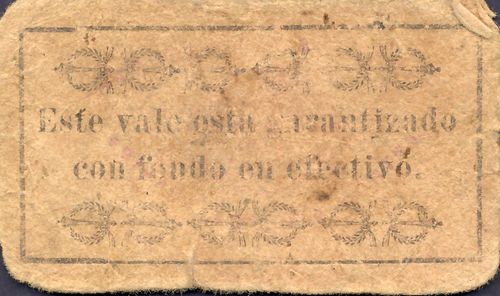 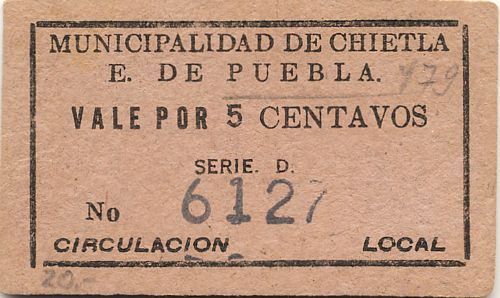 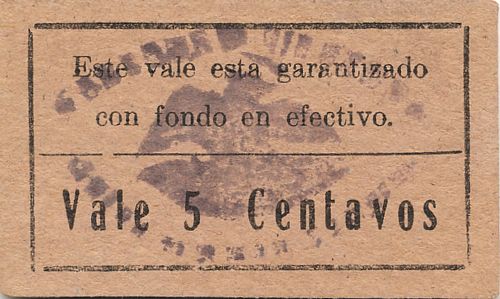 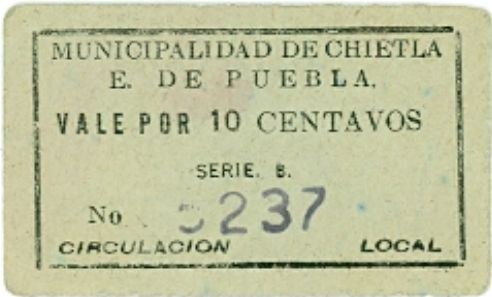 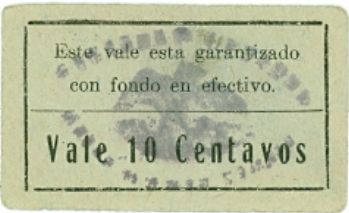 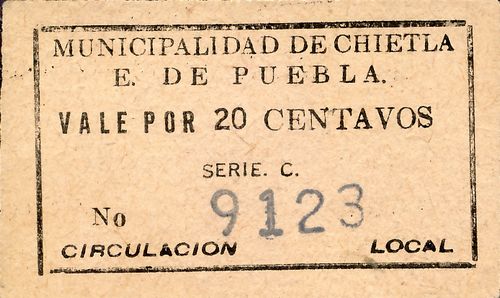 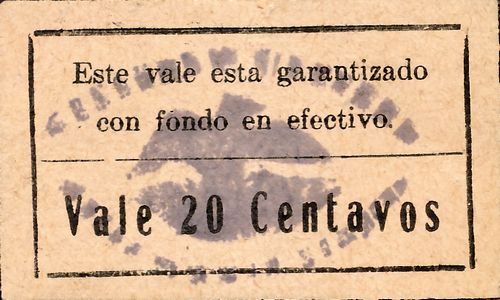 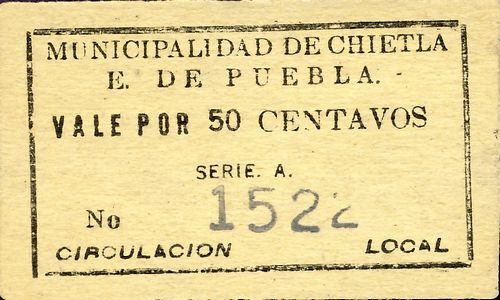 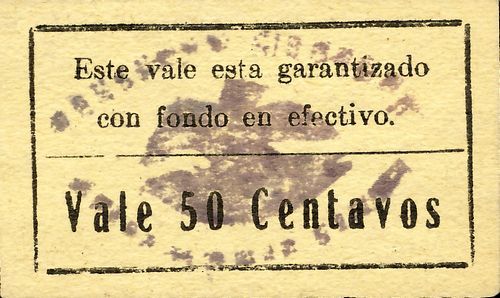 The stamp on the reverse of some notes reads REPUBLICA MEXICANA - BRIGADA AGUSTIN CORTES, the same stamp as applied to the Brigada's own issue, from Matamoros, in July 1915. 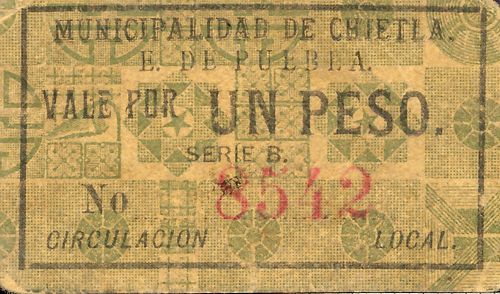 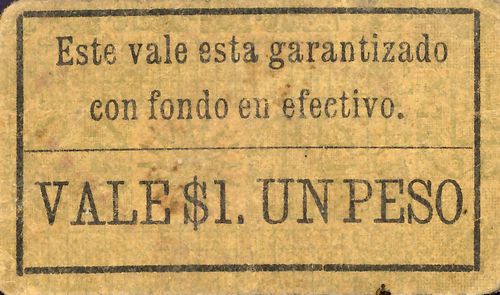 On 23 February 1915 Juan Miniver, the Presidente Municipal of Chiaulta de Tapia wrote to Emiliano Zapata asking permission to issue a series of vales. Local businessmen Jesús M. Mentado, Herminio González, José E. Aguilar and Rafael Flores would issue up to $500 in notes of 5c, 10c, 20c, 25c, 50c and 75c, authorised and stamped by the Presidencia Municipal and redeemable in any of their businesses. The request was refusedAGN, Fondo Emiliano Zapata, caja 6, exp. 1, f 42.

On 17 August 1915 the Jefe de la Oficina de Información del Gobierno de Puebla, A. Solis Bede, announced that because of the shortage of small change the town council would probably make an issue of low-value notesThe Mexican Herald, Año XX, Núm. 7272, 18 August 1915. However, no issue was made, and the council probably made use of cartones from Mexico City.