Bonos al portador such as these were issued by the federal and state governments throughout the history of Mexico, but usually it is a stretch to consider them as paper money. However, some, such as this one, appear in catalogues and there is evidence that this issue circulated among the public.

These were issued by the Administración General de Rentas during Joaquín de la Peña's governorship[text needed]. 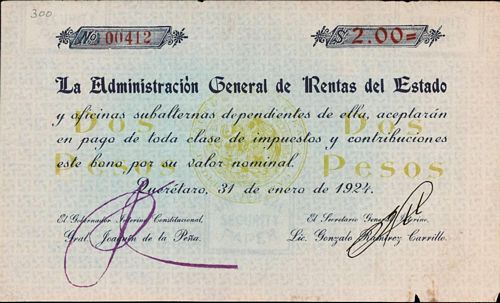 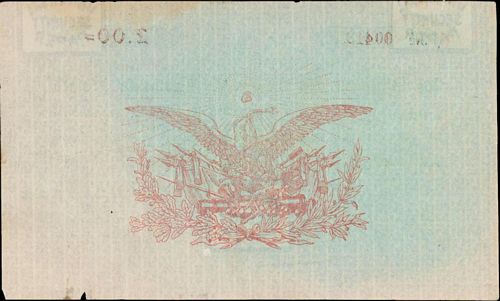 On 24 February 1924 Joaquín de la Peña issued an announcement that for fifteen days these bonos would be accepted in payment of any outstanding taxes. It was hoped that merchants or businessmen with taxes to pay would accept these bonos and so they can be seen as negotiable.