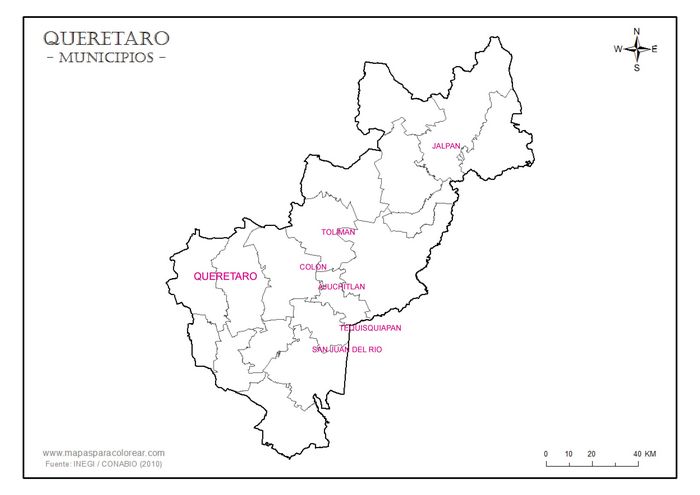 San Juan del Río is a city located about 55 kilometres south-east of the state capital.

On 19 April 1915 the Secretario General, Dr. Rojas Torres, wrote to San Juan del Rio that the Cámara de Comercio in Querétaro had issued notes of 1c, 5c, 10c and 50c (sic) and suggested that it did the same, with the proviso that the notes would only circulate in that cityAQ, Fondo Poder Ejecutivo Sec 2ª Hacienda C-1 Año 1915 Exp. 155 telegram Secretario General, Querétaro to San Juan del Río, 19 April 1915.

The government authorised an issue of $10,000 but by 14 May, for lack of materials, the printers could only produce just under half that amount, in the following denominations:

On 14 December 1915 A. Ugarte, the presidente municipal of San Juan del Río complained to the governor about the poor state of the 5c, 10c and 25c notes in circulation and asked for them to be exchanged for a new issue. The governor replied that he should publish a notice[text needed] to collect the unusable notes, giving out receipts, after which they would be exchanged in the Tesorería Municipal, to where the government would send the necessary corresponding amountAQ, Fondo Poder Ejecutivo Sec 2ª Hacienda C-4 Año 1915 Exp. 359.

Once Carranza had ordered that these local issues should be redeemed, on 27 May 1916 the president municipal, Teniente Coronel Jorge Cabrera, asked the governor for $4,699.25 and the governor in turn ordered the Receptoria de Rentas to exchange the notes from 5 May until 20 May, after which date they would be considered worthless. The notes would then be sent to the Administración de Rentas for review and settlementAQ, Fondo Poder Ejecutivo Sec 2ª Hacienda C-4 Año 1916 Exp. 515. On 3 June the Receptor de Rentas reported that he would effect the exchange from 5 June until 20 June and then send the collected notes to Querétaroibid..

In fact the municipality issued only $330. On 22 November it asked for more but on 30 November this was refused because there were sufficient fractional notes circulating in Queretaro ibid.. The presidente municipal renewed his request on 1 December but received the same replyibid..

On 31 January 1916 Isauro Amaya, Presidente Municipal Interino of Cadereyta, at the heeding of various storekeepers, asked for permission to issue $30 in 5c, 10c and 50c vales, guaranteed by he Tesorería Municipal and for purely local use. He was refused but told he could apply to the Tesorería Municipal of Querétaro for valesAQ, Fondo Poder Ejecutivo Sec 2ª Hacienda C-1 Año 1916 Exp. 419.

So the state government kept a strict control over local issues.

On 10 February 1916 the Presidente Municipal of Tolimán, Capitán F. Hernández, worried about the lack of small change in his district, wrote to the state capital, asking whether the cartones that were in use, example of which he attached, were authorised and whether he could make a similar issue.  The two different types of cartones that he included came from Colón[image needed], a town about 20 kilometres south-west of Tolimán (and about 60 kilometres from Querétaro itself), and from the Hacienda de Ajuchitlán[image needed], a further eight kilometres south of ColónAQ, Fondo Poder Ejecutivo Sec 2ª Hacienda C-1 Año 1916 Exp. 434.

In reply, four days later, the Secretario General, Luis F. Pérez, refused permission. The only authorised issue was that of the Tesorería Municipal of Querétaro and if Tolimán needed small change it should buy some of their notes. As for the hacienda’s issue, these also contravened the law and the Presidente Municipal should arrange for them to be withdrawn, and also warn the owners of others businesses and estates that were in a similar positionibid..

On 17 February the Presidente Municipal reported that that he had told the Presidente Municipal of Colón to suspend his issue, and ordered Cesáreo Barrera, the Administrator of the hacienda at Ajuchitlán, to send him all the cartones that he had. On 8 March he further reported that the Colón issue had been declared worthless as the deposit that guarantied it had been in Villista paper currency (a pretty harsh and unfair decision, but once again demonstrating that these revolutionary issues tended to follow basic economic laws). The Ajuchitlán notes were being redeemed with legal tenderibid.. 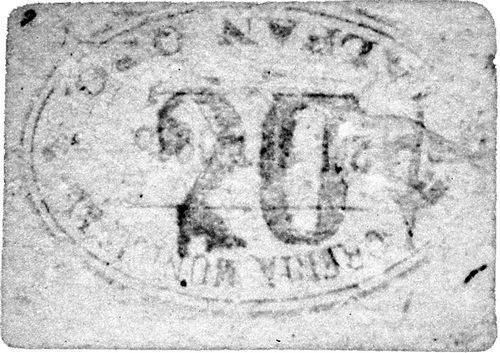 On 20 December 1915 the Presidente Municipal of Jalpan telephoned about the status of 20c vales and was told on 28 December and on other occasions thereafter that they were of forced circulation, unless counterfeitAQ, Fondo Poder Ejecutivo Sec 2ª Hacienda C-4 Año 1915 Exp. 359 and Exp. 371. However, this must refer to Constitutionalist 20c cartones, which were widely counterfeited.