We know of cartones for 1c and 2c from the local tram company dated 10 April 1915. Given their denominations and date these were issued in response to a shortage of small change. 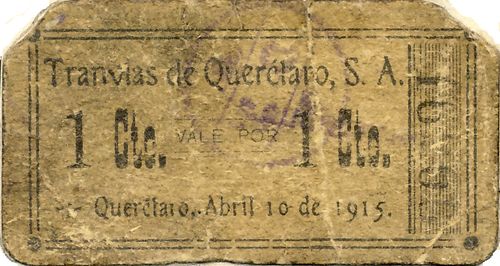 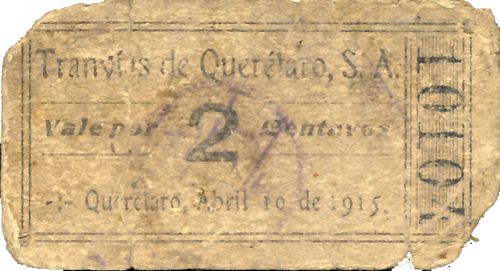 When on 10 July 1916 the first incineration of local issues was held in the main patio of the Palacio Municipal, they also burnt $3.20 in these vales (vales expedidos por la Compañía de Tranvías) which suggests that they were limited both in total amounts issued and in time in circulationLa Sombra de Arteaga, Año XLVIV, Núm. 29, 15 July 1916.