Los Conchis was a section of Mazatlán. In 1911 the Maderistas had established their headquarters there during their siege of Mazatlán and presumably did the same in 1914. 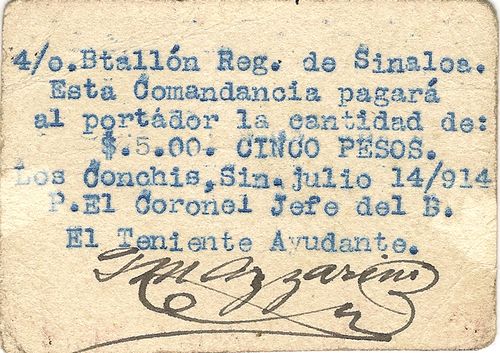 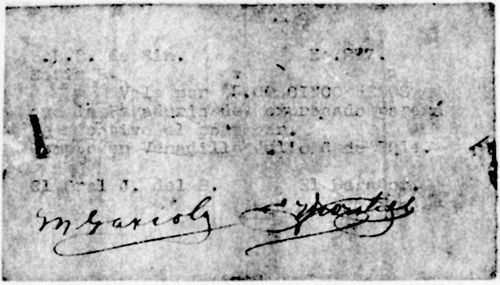 Another typewritten voucher from the P. B. R. de Sin., 'Vale por $5.00 CINCO PESOS', dated 6 July 1914, issued by the paymaster of the brigade commanded by General Macario Gaxiola. This appear to come from the time that the Constitucionalists were besieging Mazatlán.

On 10 October 1914 Carranza wrote to Mariano Arrieta, in Mazatlán, telling him to tell José de la Luz Herrera that he (Carranza) had authorised Maclovio Herrera to issue a million pesos in notes or vales (billetes o vales por valor) for his forces’ expenses. He had likewise given Domingo Arrieta permission to issue a similar amount for his troops. The notes that Herrera and Arrieta issued would be exchanged for Constitutionalist notes that Carranza was going to sendAHSDN, XI/481.5/96 Caja 43.

By this time Maclovio Herrera had come down on Carranza’s side in the conflict with Villa and was holed up in the Sierra Madre with a few men before moving towards Veracruz, so he might not have needed a million pesos.