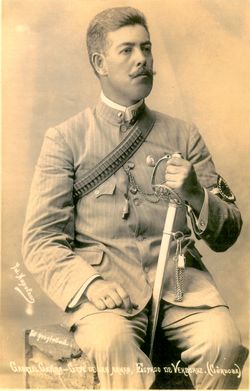 The Carrancista General Gabriel Gavira Castro took part in the attack on Aguascalientes, as head of the 5th Brigade of the División del Noroeste, and was then ordered to occupy San Luis Potosí, where he served as governor and Comandante Militar of the state from 13 July to 30 September 1915.

On 28 July Gavira Castro authorized an issue of fractional paper money, in the denominations of five, ten and twenty centavos, up to a total value of $100,000. These notes were to be of forced circulation until 15 October, when they would be redeemed in the public offices.

So the first series was of three denominations 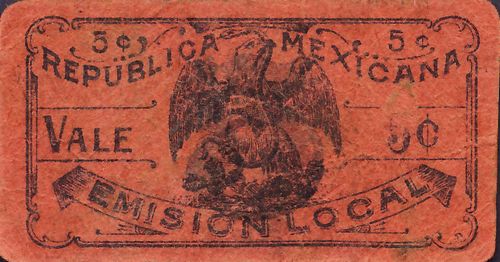 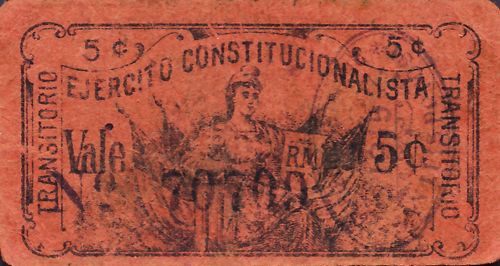 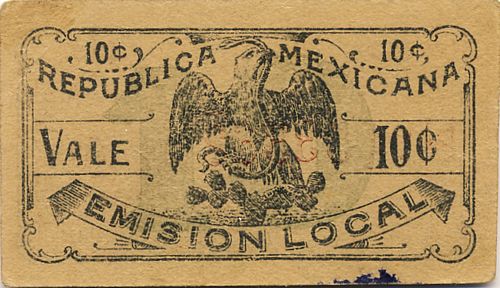 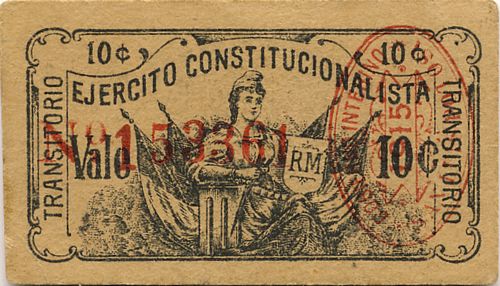 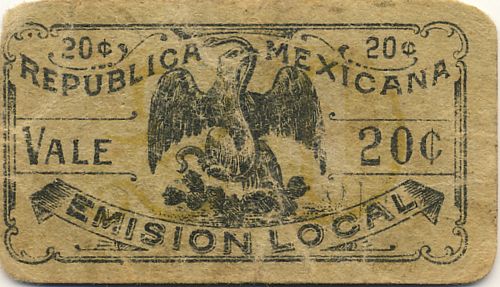 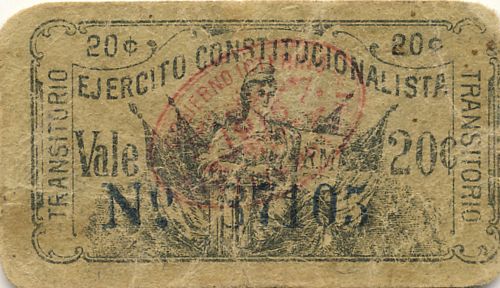 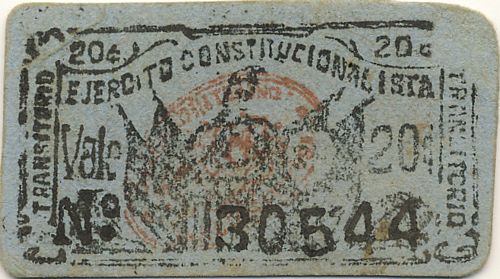 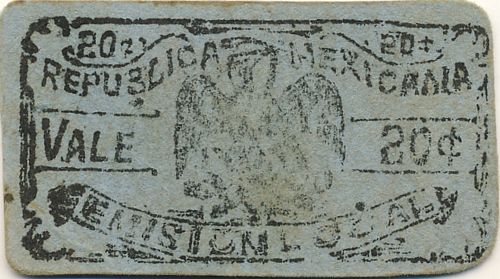 On 15 October 1915 the new governor, General Vicente Dávila, in view of the fact that the lack of small change would cause difficulties in the marketplace, extended the period for the circulation of these notes until 15 November, on which date they would be exchanged in the public offices of the state. This period was then extended to 15 December, then again to 15 January 1916, when Dávila finally decreed that because of the trouble that would be caused if the notes were withdrawn they would remain in circulation until there was enough fractional money in the government offices, when the government would decree their withdrawal.

Federico Chapoy took over the governorship in February 1916. On 13 July he decreed[text needed] an issue of fractional currency in cartones infalsificables of 10c, 20c and 50c, up to $100,000. These would be of forced circulation within the state until their redemption was orderedCEHM, Fondo XX1, carpeta 88, legajo 9856.

This series used the same design but had the value overprinted in large numerals. 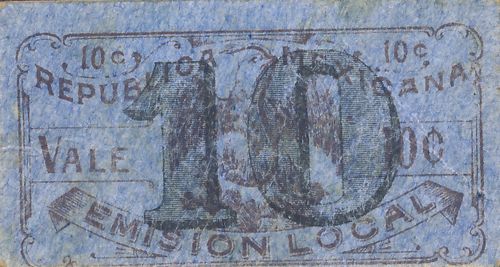 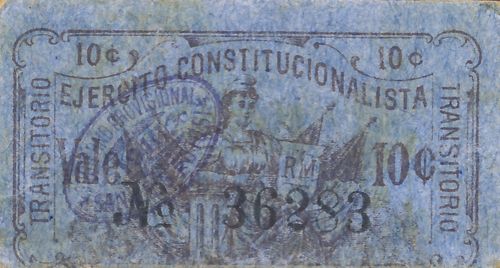 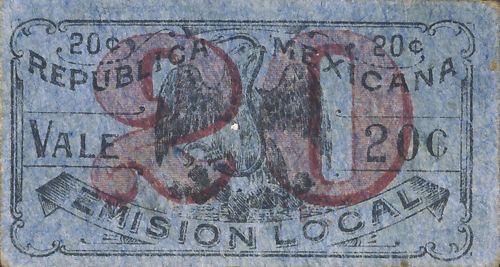 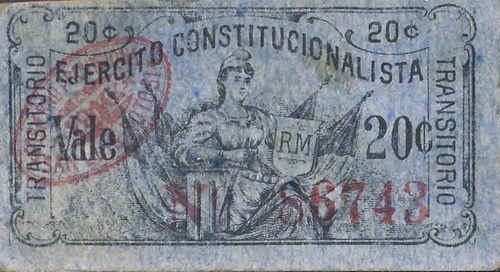 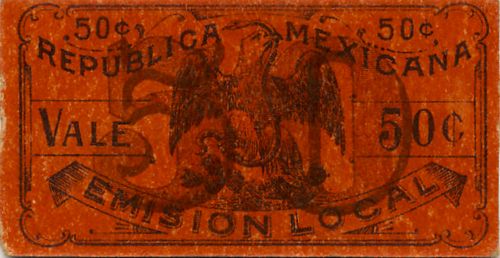 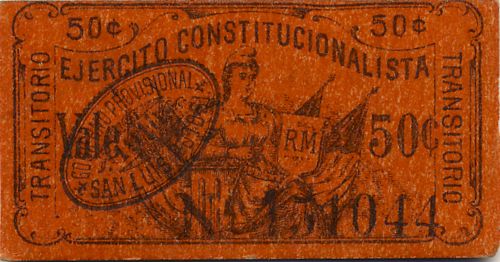 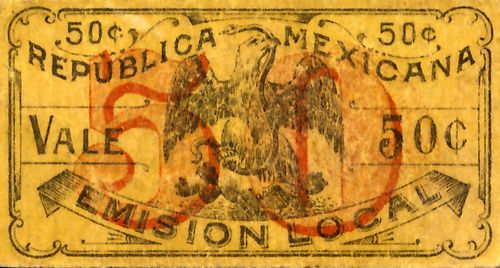 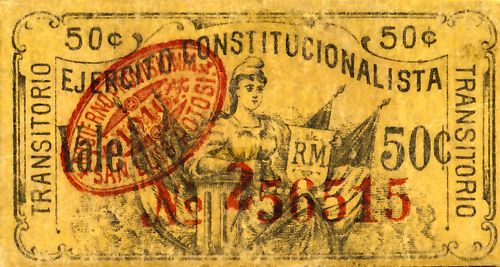