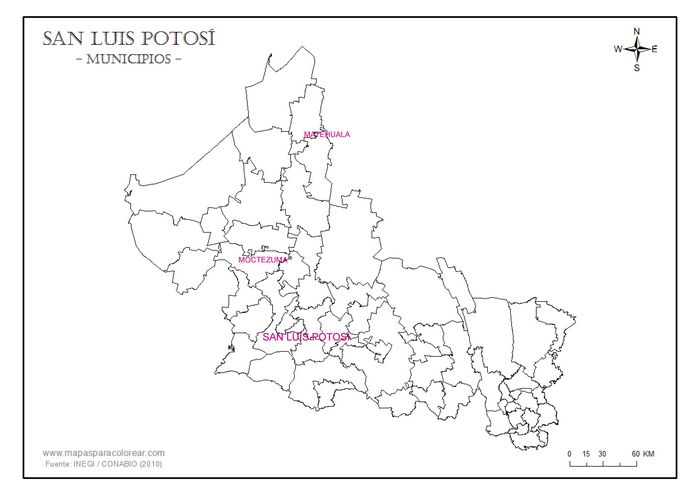 La Paz is in the Sierra del Fraile, 187 kilometres north of the city of San Luis Potosí. The mines had been worked by the same company since exploitation began in 1864.

These notes were printed by Maverick-Clarke, printers in San Antonio, Texas, who produced the first dos caritas for Francisco Villa. They are dated 1 May 1914, payable at Matehuala, and signed by M. D. Stackpole and Richard Gallegos (as cajero). Occasionally there is a third signature.

On 14 April 1915 the Villista General Tomás Urbina, from his headquarters in Auza, San Luis Potosí, declared that the issue of notes or tickets (bonos o boletas) by foreign residents was strictly prohibited and required such foreigners to pay their workers in Mexican silver coin or American goldSD papers, 812.63/100. In fact this decree related mainly to American mining operations in Durango: Urbina, by virtue of being military commander of the State of Durango, had the power to issue such an orderEl Paso Morning Times, 5 May 1915.

Among the archives that were thrown into landfill by the new owners of the American Bank Note Company was correspondence from 1920-1921 on notes for the Negociación Minera de la Paz y Anexas in MatehulaABNC, 40332.00. This might have been for a proposed (and possibly effected) issue of low value notes, to address the same shortage as the Comisión Monetaria notes in Mexico City. 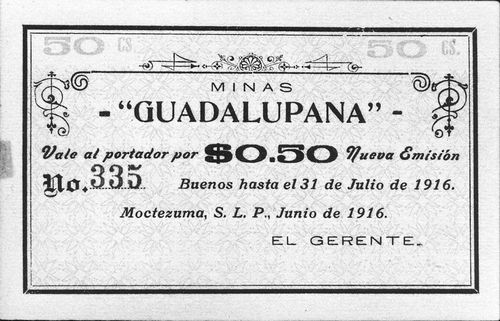 These notes for 50c in infalsificables were good for a couple of months, up to 31 July 1916.