Remainders were also used as an advertising medium. Carranza’s Secretario de Hacienda had outlawed the practice of applying countermarks to notes and also threatened those who ‘used paper money as a means of announcement, printing on the notes commercial or other types of notices’Circular núm. 68 of Secretaría de Estado y del Despacho de Hacienda y Crédito Público, 22 April 1916 as early as April 1916. The advertisements printed on Sonoran remainders appear to be of a later date and include

Elías Martínez was an apprentice silversmith in Guadalajara, working under the tutelage of some of Mexico’s finest artisans, and then, with his brother, José, established the La Azteca silver shop in Nogales, Sonora, where for over thirty years they produced excellent jewellery and silverware. In the 1960s they sold the shop to a successful Nogales businessman named José Guadalupe Jiménez Cortés.

La Atzeca was very close to La Caverna, a renowned club-restaurant, housed in a man-made cave-prison ostensibly dug out by prisoners themselves. In the 1940s, with several Western movies shot in the surrounding area, Nogales became the playground for famous actors who would cross over to visit La Caverna. In 1946 Howard Hawks filmed his Red River in Elgin, Arizona just about fifty or so miles from Nogales, and the Martínez possibly made the "Red River D" buckles. Howard Hawks had these made after filming was complete and gave them to key members of the cast and crew. The rope border symbolizes the cattle drive, and "Red River D" is the brand for Dunson's ranch in the film. John Wayne and Howard Hawks traded belt buckles and Wayne wore his "HWH" buckle in many of his later films, including Rio Bravo, El Dorado and Rio Lobo. Both Hawks' and Wayne's "Red River D" belt buckles were subsequently stolen. 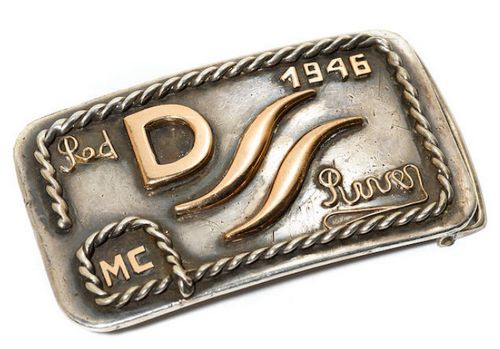 After Prohibition was repealed in 1933 and liquor was again available, an attempt was made to revive the entertainment scene in San Francisco’s Barbary Coast. The restaurateur and capitalist, Pierino Gavello, started the enterprise to redevelop the block in Pacific Avenue between Kearny and Montgomery Streets back into an entertainment district. The buildings were stream-lined with stucco facades and gleaming windows, and the block was renamed as International Settlement in an attempt to attract the servicemen of World War II, with two large signs over the entrances which read "International Settlement". The saloons, wine dens and dance halls of the old Barbary Coast era would now be replaced with restaurants and night clubs. 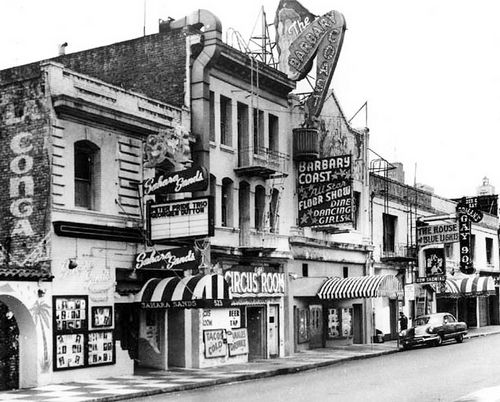 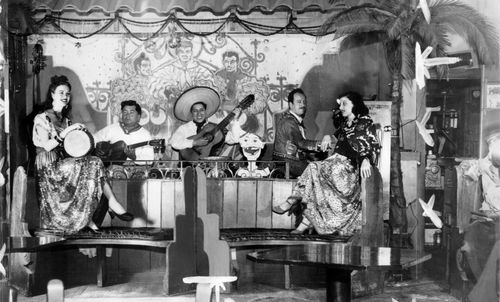 By the late 1950s the area had lost its appeal and again began to have its dance halls and cabarets replaced by offices and warehouses. International Settlement had now become too old-fashioned to compete with the nearby and escalating Broadway and North Beach entertainment scene, which consisted of innovative jazz clubs, comedy clubs, and strip clubs which were much racier than the old-time chorus girl acts of International Settlement.

An advertisement for a Los Angeles firm, known on Estado de Sonora $1

La Despedida means Farewell and this is a Spanish version of a New Year's greeting known on a $20 Banco del Estado de Chihuahua.