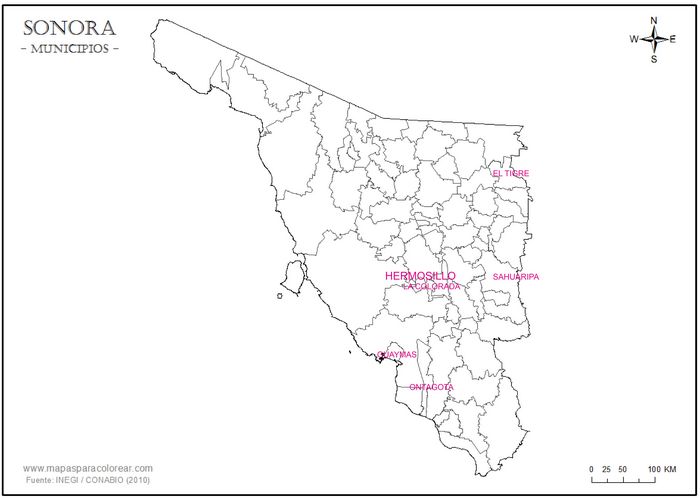 It seems that fractional notes did not re-appear until the second half of 1915 when the shortage (or unacceptability) of government money again made them necessary. In September some makeshift notes were circulating in Sahuaripa whilst in November some more professionally produced notes were used in the larger cities. Of these better quality notes all but two of those that have survived are for one peso, they have a standard format and text and an annotation that they would be redeemed at the issuers’ offices in quantities of five pesos for mixed banknotes. They were perforated down the left-hand margin so they must have been produced in booklets or pads. One such note comes from Hermosillo, one from Ontagota and the rest from Guaymas. 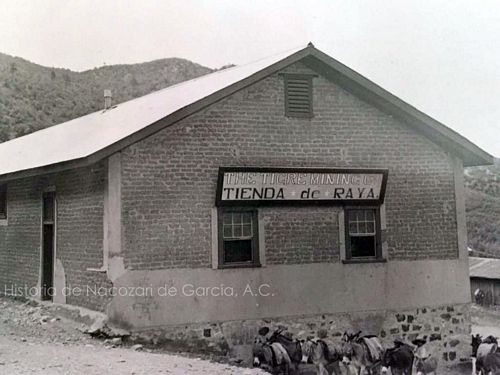 On 30 July 1915 small shopkeepers complained to the Governor that the Tigre Mining Company was running a monopoly tienda de raya and damaging their business through its system of carteras. The company gave workers carteras marked ‘[NO ES] TRANSFERIBLE NI NEGOCIABLE’ but this only applied if someone else tried to cash them on paydays as the company store gave out merchandise against the notes without any checking. This was obviously to prejudice other small shopkeepers who accepted the notes and sold goods at lower prices. More annoyingly the ban only applied to Mexican businesses, as the company exchanged notes for Chinese and Japanese storekeepersAGHES, Fondo Oficialidad Mayor, tomo 3749. However, this is a case of company scrip rather than an emergency issue and lasted over a decade.

Alfredo Encinas was the local cacique, nephew of the judge Genaro Encinas and a rich cattleman, mining investor and local agent for the Banco de Sonora. He was perfecto of Sahuaripa from 1909El Tiempo, 11 February 1909 and as such, in 1911, acted against the Maderistas but abandoned the town because he could not rely on his men. He ended up in jail in Hermosillo charged with cowardiceThe Mexican Herald, 19 January 1911; Regeneración, Núm. 22, 28 January 1911. He seems to have been let off but finally sought refuge in the United States to avoid the revolution.

By 1915 Alfredo had returned to Sahuaripa and retired to private life. On 7 September 1915 the Presidente Municipal of Sahuaripa, Julio Schlemmer, gave Encinas permission to issue up to 500 pesos in notes of twenty-five centavos, fifty centavos and one peso[images needed]AGHES, Fondo Oficialidad Mayor, tomo 3044, letter to Secretario de Estado, 9 September 1915. Two days later Schlemmer advised people that, in view of the depreciation that the revolutionary currency had suffered, they had to pay their taxes to the Municipal Treasury either in banknotes or in Encinas’ fractional notes. None of these notes survive.

In October 1915 his uncle Genaro, his brother Francisco and Alfredo himself were assassinated, either by bandits or by political rivalsLa Prensa, San Antonio, 18 October 1915.

Sostenes G. Valenzuela was a mine-owner from Tacupeto who was President Municipal of Valle de Tacupeto in 1904 and 1905. On 10 September Schlemmer gave Valenzuela permission to issue up to 500 pesos in notes of twenty-five centavos, fifty centavos and one peso[images needed] for use in Arivechi, Bámori and TacupetoAGHES, Fondo Oficialidad Mayor, tomo 3044. Again, none survive.

Valenzuela later represented Sahuaripa as a deputy in the XXVII (1923-1925) and XXIX (1927-1929) state legislature and on 3 March 1929 was one of the signers of the Plan de Hermosillo, that inaugurated the Escobar rebellion.

In September 1916 it was reported that the only money in circulation in Sahuaripa, outside of the worthless Carranza currency, were the cheques issued by the Mina Mexico Company, drawn on a bank in Douglas, which were used to pay the men and purchase goods in townThe Effects of the Revolution in Mexico on American-Mexican Mining Interests. Memorandum submitted to the American-Mexican Commission, September 1916.

The American-owned Mina Mexico company operated a mine and smelter 30 miles northwest of TonichiIn 1912 a Mr. Pomeroy was superintendent (The Mexican Herald, 14 January 1914). 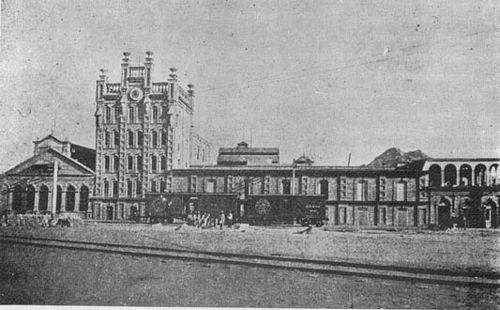 El Hermosillense, a five-storey building on the road out of Hermosillo was the largest flourmill on the west coast. The firm was started by Ramón Corral with the profits from his first mining venture (with Juan N. Bringas) and managed by his protégé, Ricardo Uruchurtu. The same building housed the Planta de Luz Electrica with four dynamos capable of providing 240,000 watts of power. The salaries of the sixty employees were $54,000 a yearFederico Garcia y Alva, Album-Directorio del Estado de Sonora, Mexico, 1905-1907. 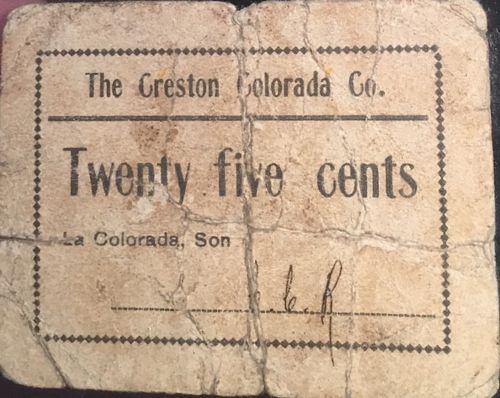 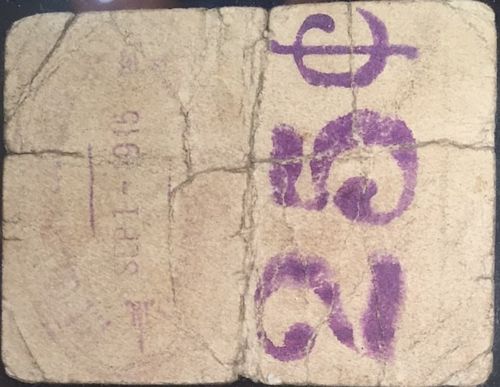 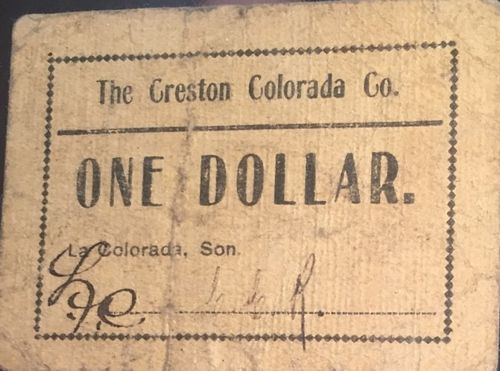 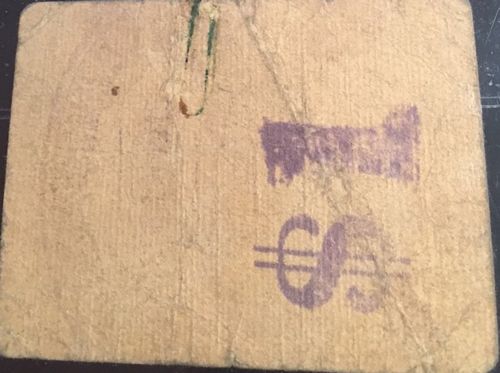 We know of twenty-five cents and one dollar (sic, in English) notes issued by the Creston Colorada Company, of La Colorada, dated 1 September 1915 and initialled by C. C. Roundtree.

Production at the El Creston, Gran Central and Amarillas mine workings were already declining from 1912 onwards  because of lower grade ore and the inflow of water. Political unrest associated with the Mexican revolution caused a halt to operations in 1916. Although watchmen were employed, in the hope that operations could resume, fires destroyed portions of the Gran Central plant as well as the Colorada inclined shaft, and much of the machinery and equipment was vandalized and stolen. In 1920, some equipment was sent to the Mines Company of America property at Dolores, Chihuahua, and in 1925, the remaining equipment was sent to the El Tigre mine at La Cura, Sonora. 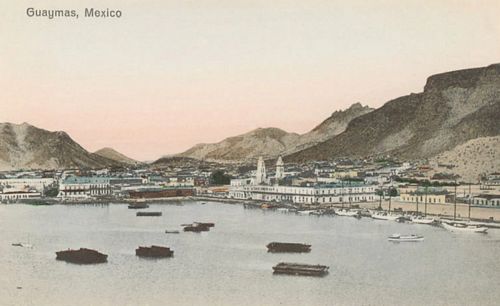 Gaspar Zaragoza came from El Anchove, Bilbao, Spain. He was one of the founding shareholders in the Banco de Sonora in 1897. In 1898 the Germans Wöhler, Bartning y Gehuder (of Wöller, Bartning Sucesores, Mazatlán) invited Pedro Cosca, Gaspar Zaragoza and Gregorio Álvarez to set up Pedro Cosca y Compañía, S en C.Sociedad en comandita (a limited commercial partnership in which certain partners who do not participate in the daily management of the association enjoy limited liability) as wholesalers and comission agents. In 1901 this was reorganised with Cosca's widow (Enedina Vázquez de Cosca), as Pedro Cosca y Compañía. Sucesores. In June 1911 Zaragoza formed a new company called G. Zaragoza, S. en C. with the same articles and shareholders as Pedro Cosca y Compañía, Sucesores and so by 1913 was a storekeeper and commission agent in his own rightCorreo de Sonora, [ ] 1913.

In 1915 this company issued a cheque for one peso, dated 9 October, signed by Manuel Pacheco. 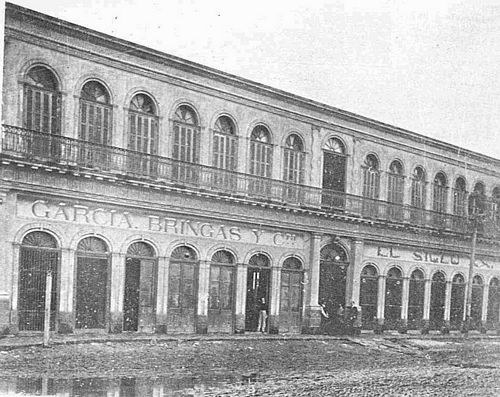 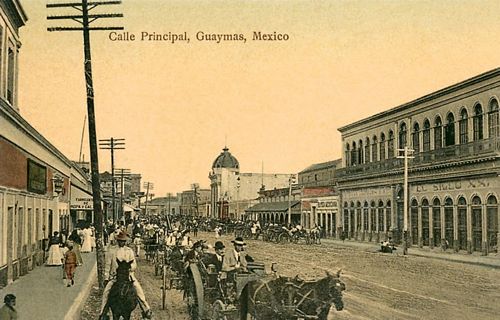 In 1883 the Spanish Pedro CoscaCosca came from Burgos in the late 1870s and originally partnered Pedro Velarde in Velarde y Cosca formed a company with José G. García, recently arrived from Santander, called Cosca y Garcia Compañía. They brought in the Mexican Juan Nepomuceno Bringas to form Cosca García y Compañía on 1 July 1890The capital was Pedro Cosca $10,000.00; José García $10,000.00 and Juan Nepomuceno Bringas $15,000.00, which among other services offered finances for shipping companies.

The ‘El Siglo XX’ store of García, Bringas y Cia. was established in June 1898 by the three wealthy businessmen, Juan N. Bringas, José G. García and Luis M. Aguayo. They were commission agents and importers and the store, situated at avenida VIII 120, stocked all types of goods, such as cloths, wines, groceries and seeds. ‘The cash office was to the left of the entrance, with a wrought iron grill separating the accounts staff from the general public’Correo de Sonora, [ ] 1913. In 1907 the firm had annual sales of 480,000 pesos. 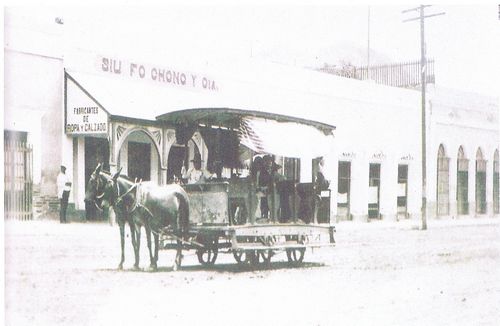 Siu Fo Chong y Cia was, alongside Tung, Chung, Lung, one of the two most important makers and distributors of clothes and shoes in the stateThe Chinese began to arrive in Sonora in the 1870s, often as contract labour for the railways. They later set up laundries and developed a virtual monopoly of the grocery stores in the smaller towns. With the collapse of the economy the Chinese were easy targets for public resentment. For example, at the beginning of March 1915 the Chinese merchants in Guaymas were accused of hiding goods and dramatically raising prices. The ayuntamiento therefore fixed prices for necessities under the threat of fines but the merchants then went on strike. A demonstration ensued, in which the mob broke into the casa comercial of Fac Fo Fung and other Chinese stores. General Fructuoso Méndez restored order, levied a forced loan of 40,000 pesos on the businesses, and used the money to buy necessities to resell at the fixed price. Similar outbreaks happened in other cities.. The founder had come to Guaymas in 1890 and established his business at the corner of avenida VIII and calle 22. He originally dealt in clothes but later branched out into shoes 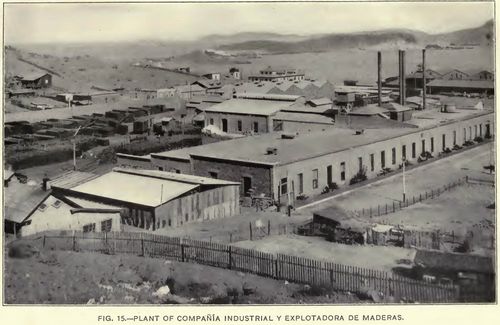 The Compañía Industrial y Explotadora de Maderas, S.A. was the largest diversified machine shop on the West Coast, including an ice-making plant, an ironmonger’s, a woodworking and carpentry plant, and a match factory, all located between calle 30 and calle 31. Its principal owners were Ramón Corral (50%), Mrs. Enedina Vasquez de Cosca and Luis A. Martínez. In 1897 Agustin Bustamente was general manager and by 1905 he was presidentFederico Garcia y Alva, Album-Directorio del Estado de Sonora, Mexico, 1905-1907.

The company issued a cheque for 50 centavos dated 7 October.

These were signed by J. Luebbert and Luis G. Iberri.

Ontagota is just to the west of Ciudad Obregón and was part of the development of the Richardson Construction Company.

Hacienda 25, in Ontagota, issued a cheque (the main text printed in English, so either for its American workers or incredibly patronising) for one peso dated October 1915 drawn on the Guaymas branch of the Banco de Sonora. The known examples are payable to and endorsed by A. Zazueta and signed by [            ].