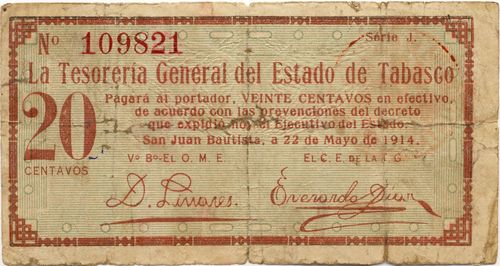 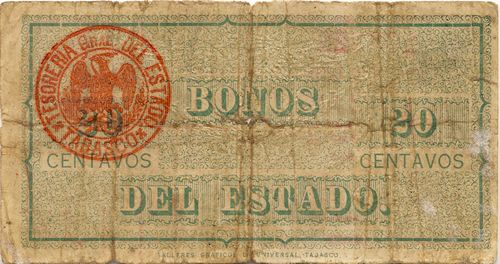 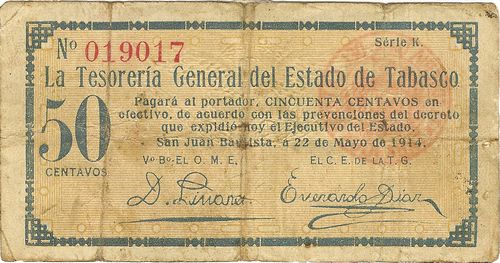 Because of the shortage of small change on 22 May 1914 the Huertista governor Alberto Yarza authorized the Tesorería General to issue $50,000 in 20c and 50c notesPeriódico Oficial, Tomo XXXV, Núm. 41, 23 May 1914. The notes were as specified in the decree and carry the visto bueno of Donaciano Linares as Oficial Mayor del Estado and printed signature of Everardo Díaz as Contador Encargado de la Tesorería General.

These were to be of voluntary acceptance but the Tesorería General and oficinas de Hacienda in the state had to accept them. The oficinas also had to exchange them for banknotes on demand.

These were to be put into circulation by being sold, in quantities of no less than fifty pesos, to whoever asked for them in exchange for coins or banknotes.

They were to be valid until 31 December 1914 and the government would, twenty days before the end of this period, publish a notice to holders so that they could hand them in. However, with the triumph of revolutionaries in the state and the fall of Huerta, Yarza was forced to relinquish the governorship on 31 August 1914.