General Servando Canales Molano was governor of Tamaulipas four times in the early 1870s including from 20 April to 6 November 1876. Canales had fought against Maximilian and the French, then joined Porfirio Díaz’ rebellion against President Lerdo de Tejada (the Plan de Tuxtepec), and remained faithful to General Díaz until the end of his days; however, this was never an obstacle for him to disobey General Díaz as often as was necessary in order to remain in power.

When Canales decided to support Díaz, he did so with a great deal of foresight. Among other things, there was the problem of how to supply money for warfare - by issuing bonds or promissory notes. So he consulted his oficial mayor, Tarquino Jiménez, regarding legal precepts, but he did not notify the State Congress nor anyone else, except his closest followers, until he found it opportune to do so. Thus, on 28 June 1876, he requested and obtained from Congress extraordinary faculties in matters of internal revenue and war, and on 15 July that same year, he again convoked the assembly of Congress for the sole purpose of signing the decree authorizing the issue of paper money. At the same time he presented them with samples of his intended paper money, already printed. The indignant members of the Sovereign Congress refused to sign, and one by one presented their arguments against it.

After calmly listening in silence to the first nine (eight plus one was a simple majority), Canales interrupted the proceedings by asking for a recess. Then, making use of his newly acquired military powers, he ordered that the nine individuals be recruited as privates at the barracks next to the town hall. As soon as they were quartered, they were forced to put on the uniform for recruits, and immediately began to march with full equipment in the burning sun. Meanwhile, in the town hall, the deputies who had not yet voted, decided openly to sign the decree that authorized the issue of notes already issued, for a total value of $50,000. It was not long before the recruited deputies asked for a hearing before the governor, now thoroughly convinced of the convenience of the decree. As soon as they were freed they signed it without delay, which meant that this decree was unanimously accepted.

This paper money, forced into circulation, was a very important factor in the triumph of the rebels; it was used to pay for the equipment of troops that fought in San Luis Potosí and Tamaulipas. After the final victory, it was quite difficult for Porfirio Díaz to get General Canales to have these notes withdrawn from circulation. According to some historians they continued to circulate for another two years. 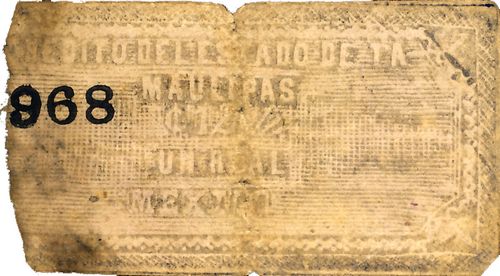 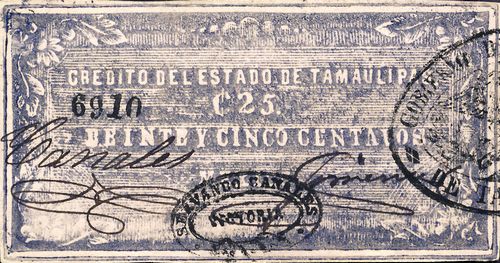 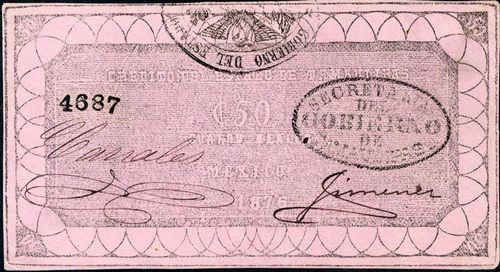 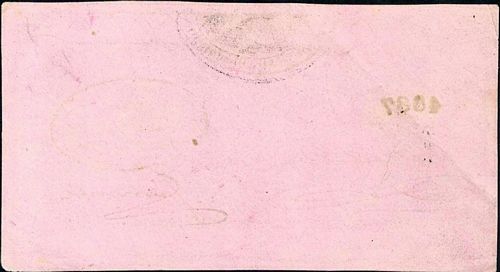 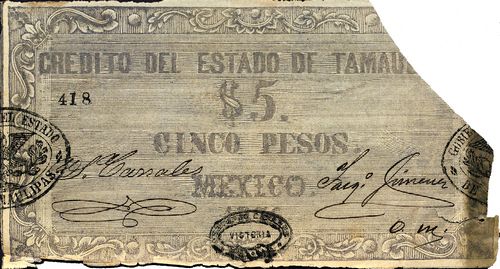 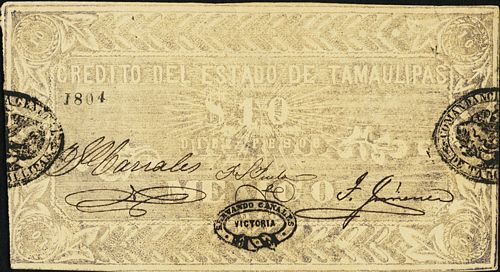 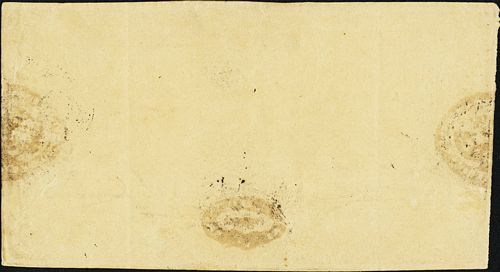 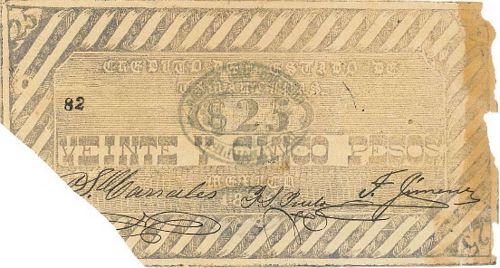 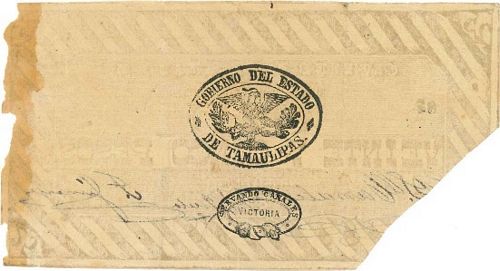 The notes have the signatures of Canales and Jiménez, with F. S. Prieto as well on the $10 and $25, and a selection of seals: "SECRETARIA DEL GOBIERNO DE TAMAULIPAS", "SERVANDO CANALES. VICTORIA" and "COMANDANCIA GENERAL DE TAMAULIPAS"