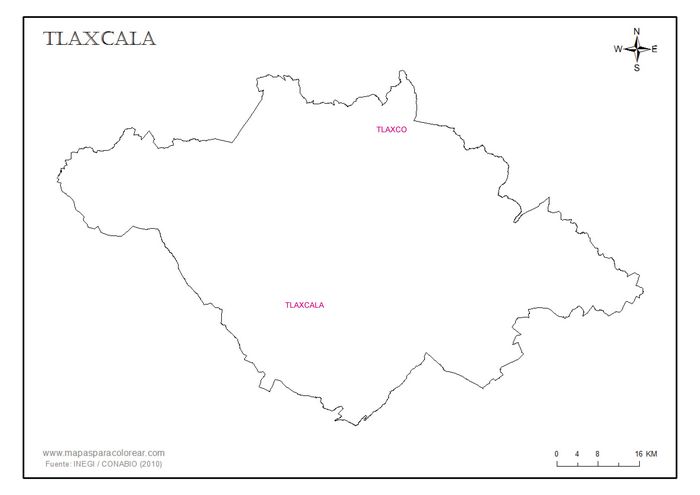 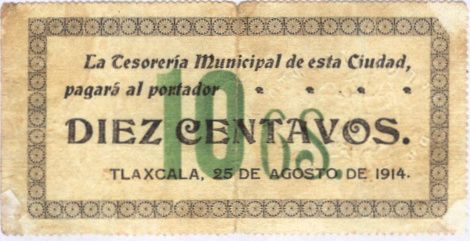 On 4 September the Tesorero General acknowledged receipt of $450 as guarantee of the second(?) issue but it appears that only one issue (for a total of $450) was made. If two issues were made, two sums of $450 were handed over.

On 26 September the Presidente Municipal wrote to the Secretario General that since it had to reimburse the vales issued on 25 August it needed the $450 and asked the Governor to order the Treasury General to hand over the money to the Municipal Treasury.  The same day the Governor suggested that the public went directly to the Treasury General. On 28 September the Tesorero General wrote to the Secretario General that he understood that the Governor and Comandante Militar had agreed that the Treasury should encash the notes for the money that the Council had deposited. He wrote to the Presidente Municipal on the same day stating that the public could hand in their notes AHTlax, Fondo Histórico, Sección Revolución Régimen Obregonista, Serie Hacienda y Guerra, Caja 45, Exp. 13, Fs. 10. 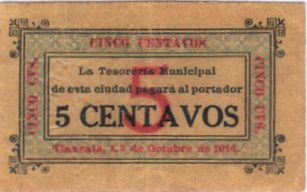 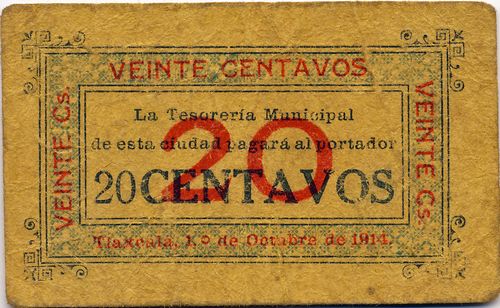 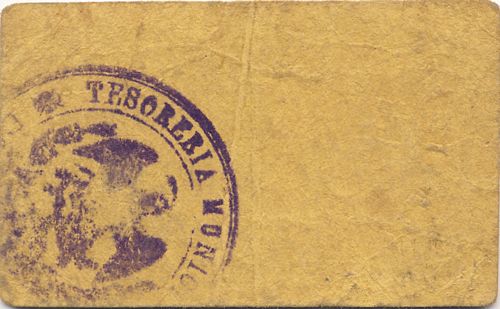 It seems that another issue, dated 1 October 1914, was needed, as we know of a five centavos and a twenty centavos note of that date, but no further information is available.

We know of three small notes, for 5, 20 and 50 centavos, that were for use only within the District and were to be of forced circulation. The only issued examples, one 5c and one 20c note, has the handstamp of the 'TESORERIA DEL I. AYUNTAMIENTO DE TLAXCO - DISTRITO DE MORELOS'. 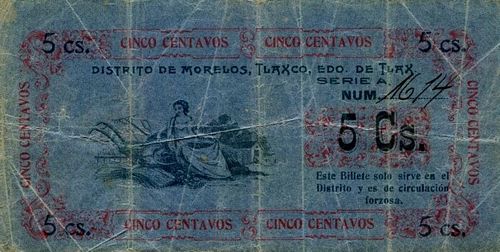 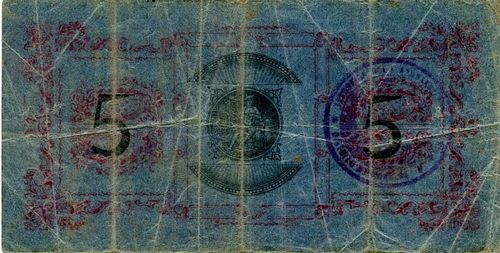 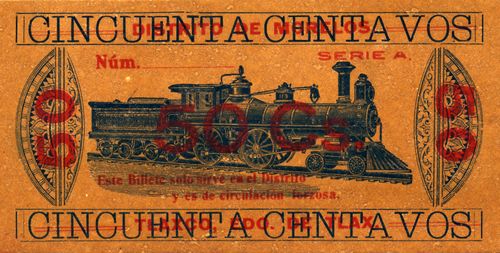