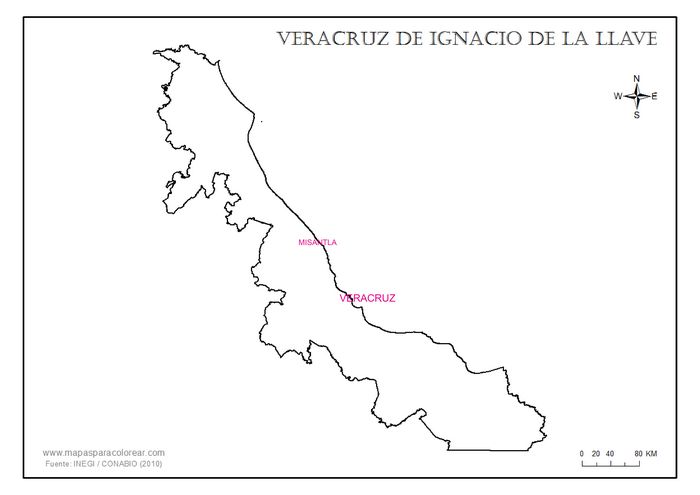 The Constitutionalists arrived at Misantla on 30 July 1914 and after five days of fighting drove out the Huertistas.  In late May 1915 the town was taken by Zapatistas of the Ejército Liberador and Manuel Armenta established a Zapatista government in Misantla. The Carrancistas then retook the town on 10 July and held it until the commander, General Rojas, was transferred to Teziutlán, Puebla, on 24 August. The rebels returned under the command of the Generals Lucio Alonso y Zeferino Rodríguez, Capitán Julio Palacios and pagador Manuel Riviello Gil, and expropiated the tesorerías municipales and forced loans from Douglas Weatherston and David Carlos Brandon (below). The Carrancistas returned on 8 September.

Because of the shortage of small change the authorities permitted hacendados to issue vales and cheques al portador to pay wages and meet their obligations. These notes were readily accepted by businesses without problems until the Constitutionalist government prohibited them and insisted on the national currency.

The hacienda is 7 kilometres south-east of Misantla. In 1914 it was owned by the sons of Perfecto Acosta, the Acosta Hermanos (hence the monogram ‘HA’ and signature).

These were printed by Bouligny & Schmidt, of Mexico City, under order no. 145806.

The coffee mill (beneficio de café) “El Dinamo” is located in the southeast of the city of Misantla at the end of calle Ing. Cánovas. Its owner, David Brandon, issued a series of notes (50c, $1 and $2) to a similar design as Hacienda Miramar, dated 20 May 1914.

These were printed by Imprenta y Encuadernación de A. D. Lara, in Xalapa.

These were printed by the Tipografía Catolica in Xalapa. All are signed by Julián Maricalva and some have revenue stamps cancelled by an oval handstamp of JULIAN MARICALVA.

According to Manuel Muslera MusleraManuel Muslera Muslera, Misantla Otros Billetes, 2019 the finca “El Renacimiento” cannot be definitively located but it is known that it was a holding of about 70 hectares to the south of Misantla in the direction of Mohonera y Banco and dedicated to the production of coffee.

According to Manuel Muslera Musleraibid. Antonio Galvan López was from La Unión, in Juchique de Ferrer, a town 30 kilometres south-east of Misantla.

Roberto Levet was born on 16 April 1888, in Chapachapa, Misantla. As a restaurant owner (restaurante, cantina y billares) he issued a 20c note. 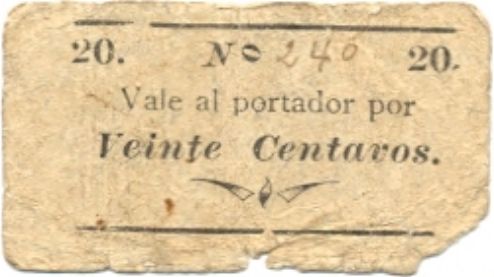 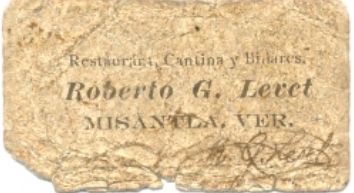