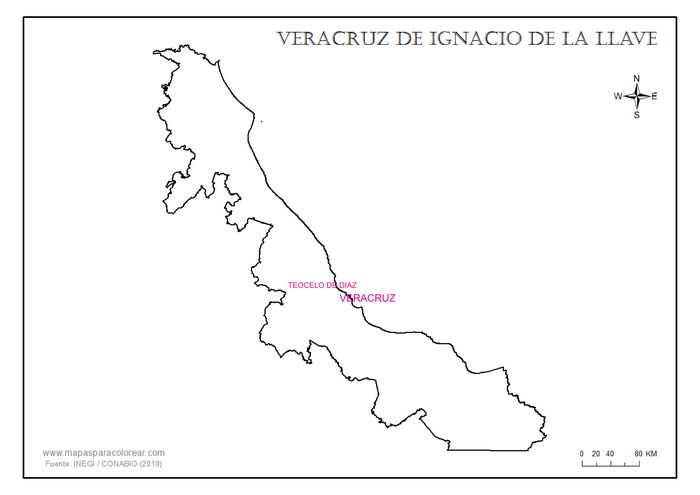 Teocelo is located 20 kilometres from Jalapa and is bordered by Ixhuacán, Xico and Coatepec.

In 1898 it received the title of city and the name Teocelo de Díaz but by decree of 15 October 1914 the city’s name was changed to Teocelo (a change not reflected on these notes). 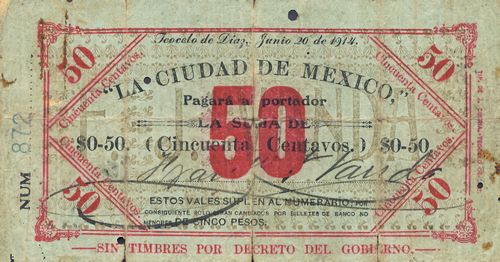 This must have had official authorization[text needed] as it was exempted from the requirement to carry revenue stamps (SIN TIMBRES POR DECRETO DEL GOBIERNO). 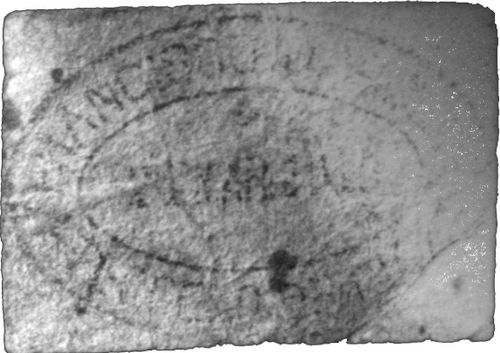 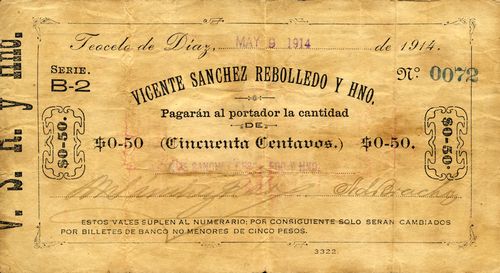 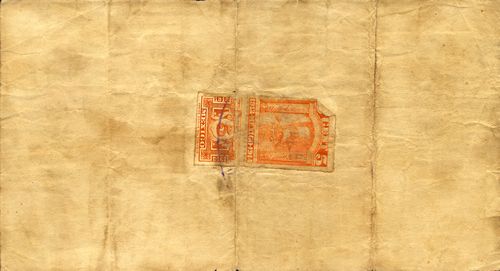 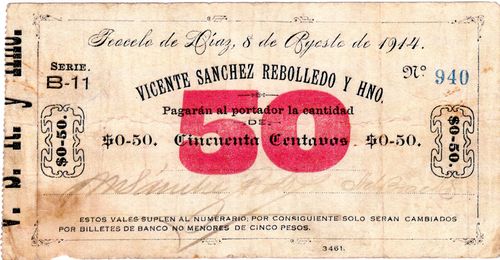 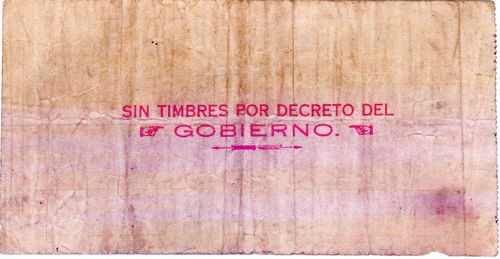 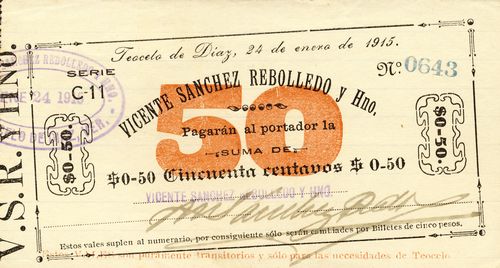 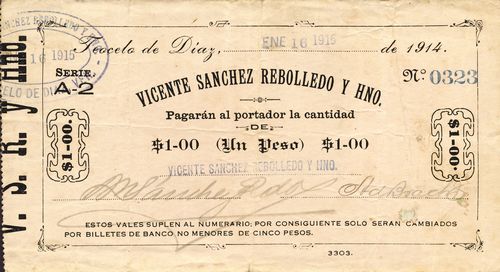 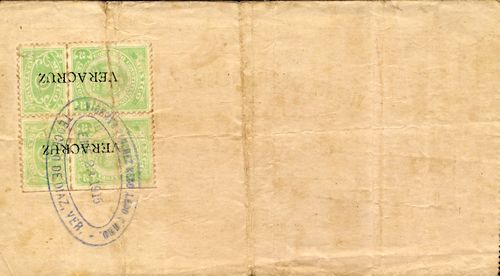 These had the signatures of Manuel Sánchez Rebollado and S[  ] Brach[  ][identification needed].

Some of these notes had revenue stamps whilst others were overstamped 'SIN TIMBRES POR DECRETO DE GOBIERNO'. either because they had been excused the payment or because they had paid but no stamps were available. 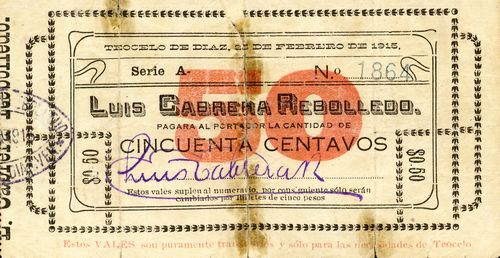 These had the signature of Bernarda Soto, per pro María Antonia M. de Soto. 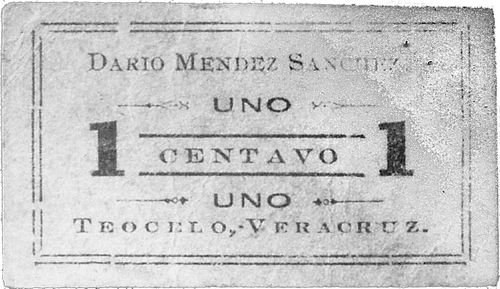 Monte Blanco is a small town to the east of Teocelo. 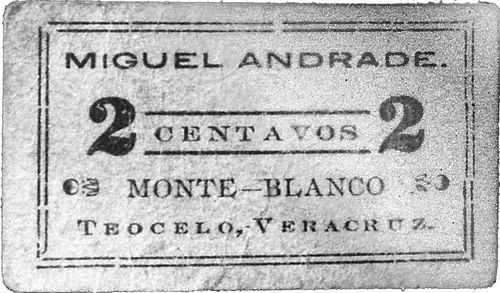 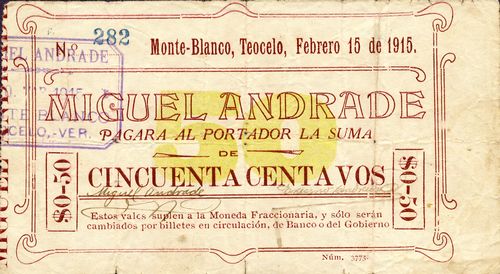 These have the signatures of Miguel Andrade and Erasmo Andrade.