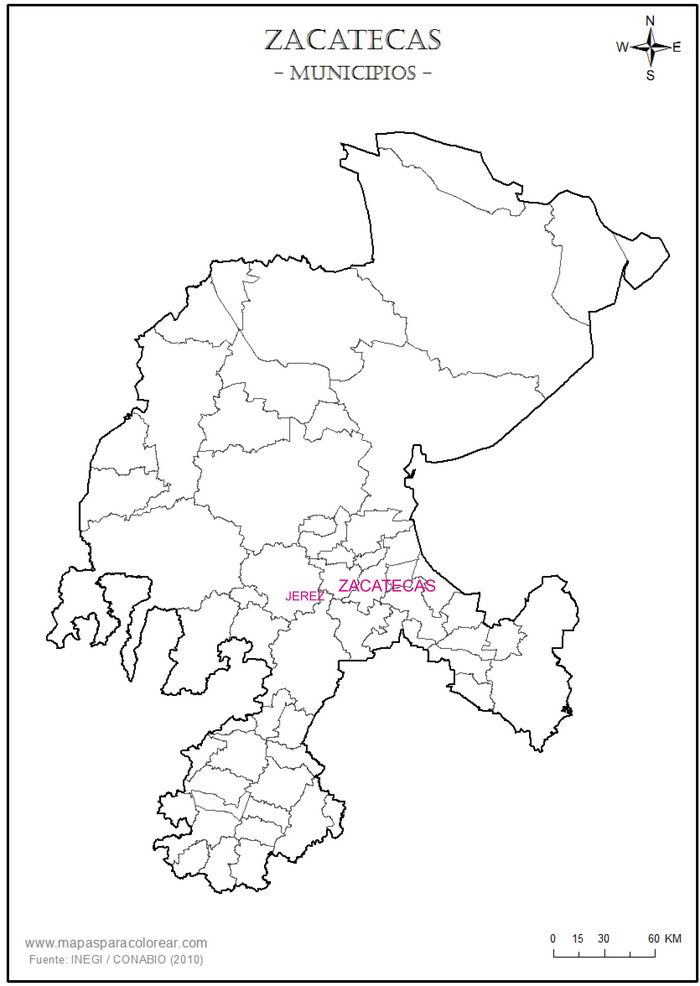 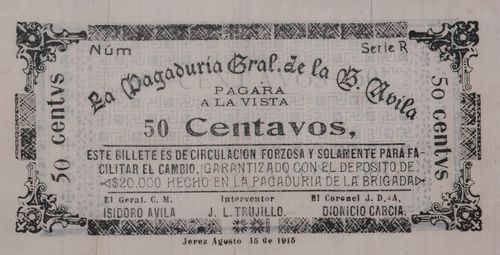 Two values (25c and 50c), dated 15 August 1915, were, according to their legend, issued solely to facilitate change and guaranteed by a deposit of $20,000 in the Pagaduría General. They carry the names of Isidoro Avila, as General Comandante Militar, Dionisio (Dionicio on note) García as Coronel Jefe de Armas and J. L. Trujillo as Interventor.

We also have a $1 note that might belong with this issue. 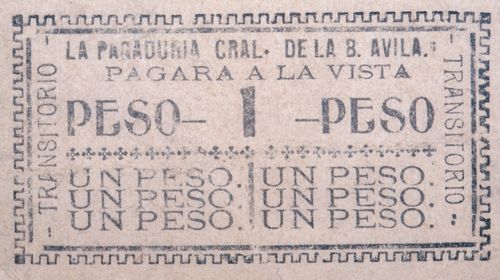 All were printed on ledger paper.

Jerez was under the control of the Convention in August 1915 but some days later it was recovered by the Constitutionalists, so it is thought only the 25 centavos, few of the 50 centavos and hardly any of the one peso were put into circulation.