On a couple of occasions, Zacatecas, like other states, lacked the resources to pay its public employees. It therefore issued them with bonds that could be used in future for the payment of taxes or other demands.

As such these are not paper currency, but are included here as they appear in various catalogues. 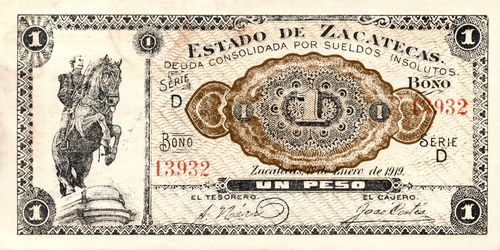 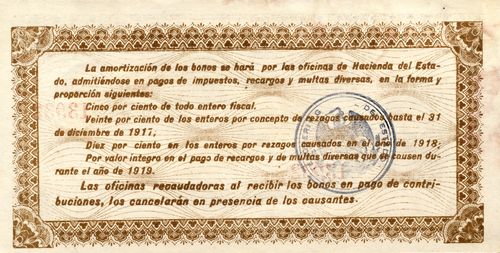 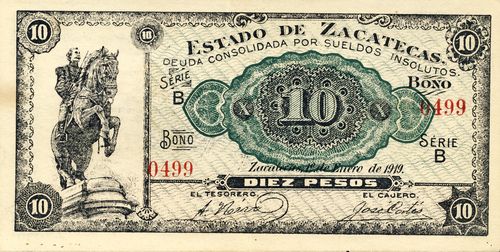 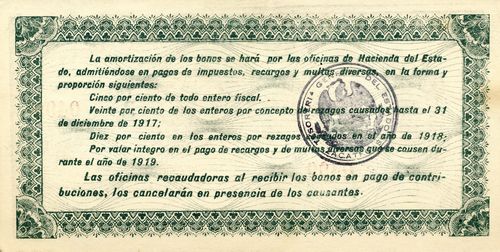 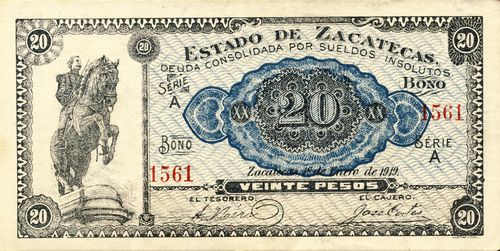 These bear the signatures of A. Neri as Tesorero and José Cortés as Cajero.

This decree was adjusted by decree núm. 1, of 3 January 1922, and withdrawn, during the governorship of Donato Moreno, by decree núm. 332Periódico Oficial, núm. 3, 11 July 1923, which established the conditions under which the state undertook to settle unpaid salaries to its different creditors. 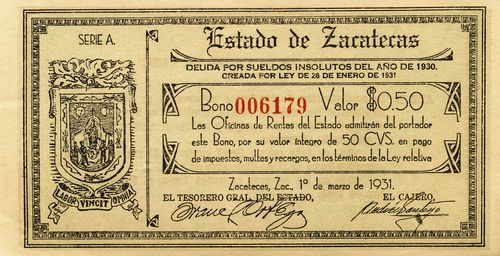 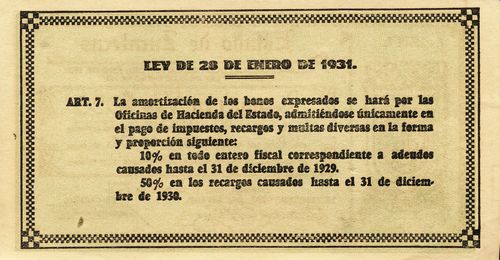 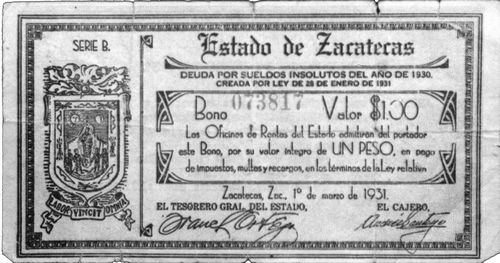 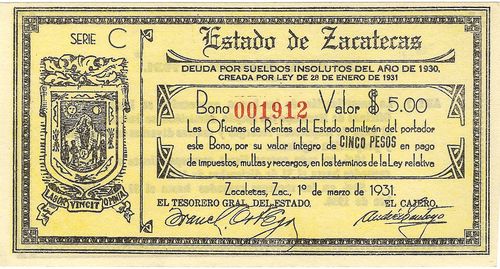