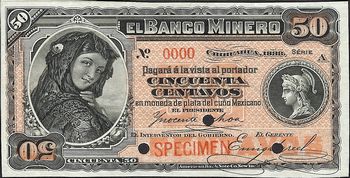 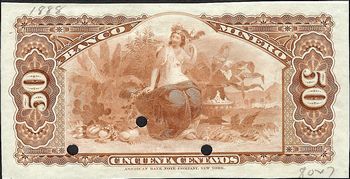 In November 1894 the date and series of the $1 face plate were changed.

Again the series and date were altered for September and October 1898 printings.

In December 1909 the ABNC prepared six signature dies for Luis Terrazas and cancelled the dies of Inocente Ochoa (F2299).

In April 1910 the ABNC engraved special backs for an issue of $5 and $10 notes commemorating the centenary of Mexican independence (F2457).

In November 1912 the ABNC prepared six electros of the signature of José María Aguirre Hernández to fit in the space for Interventor on the six values (F3485).