After the north refused to recognise Huerta's presidency the rebels in Chihuahua quickly established themselves throughout the state and by May 1913 federals held only the state capital, where General Salvador R. Mercado was besieged, and Ojinaga.

Nonetheless, because of hoarding a dire shortage of coins developed and by November the branches of the Banco de Sonora and the Banco Nacional de México were refusing to give out change. The Banco Minero itself set a limit of five pesos for each customer and in four days issued 19,000 pesos in change, since the two other banks were giving their customers Banco Minero notes and directing them thereST Papers, letter of Juan Creel to Enrique Creel, 22 October 1913.

On 4 November the Secretario de Guerra y Marina, Aureliano Blanquet, in reply to a message from the General en Jefe de la División del Norte in Chihuahua, sent a telegram authorising him to take the funds that he needed from the Banco Nacional de México and, if these were insufficient, to demand them from businessesAGN, colección Manuel González Ramírez 67/124. 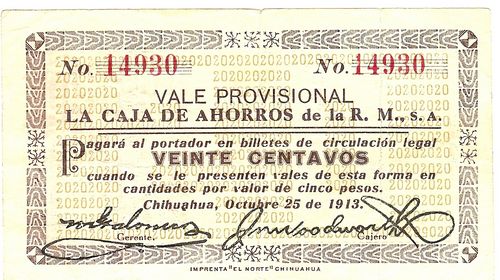 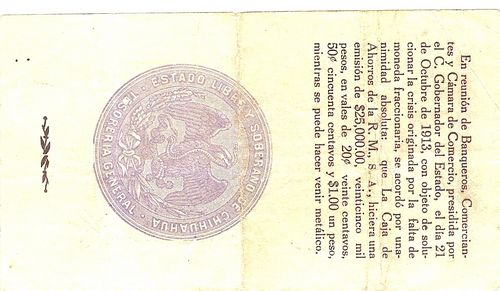 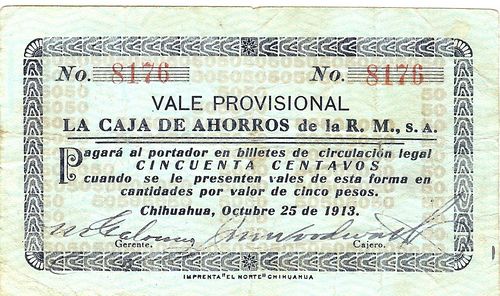 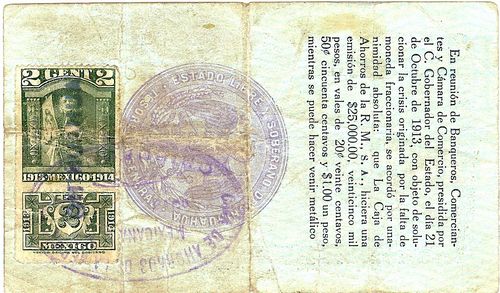 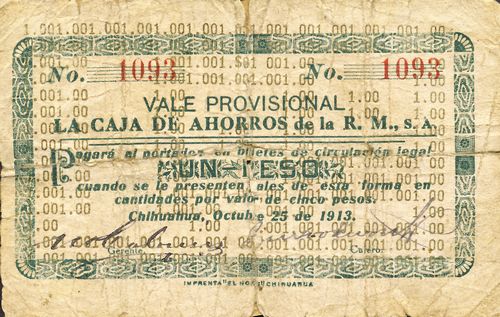 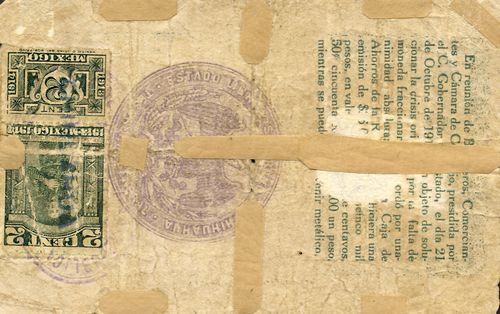 To overcome this problem on 21 October 1913 Mercado agreed with the Chamber of Commerce that the Caja de Ahorros de la República Mexicana should issue up to 25,000 pesos in notes (vales provisionales) for twenty centavos, fifty centavos and one peso. These notes were to be readily accepted and exchangeable for banknotes in multiples of five pesos. They were dated 25 October 1913. The first issue was signed by Martín Falomir as Manager (Gerente) and Juan Woodworth as Cashier (Cajero). 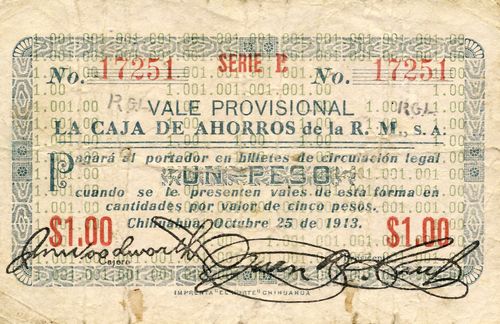 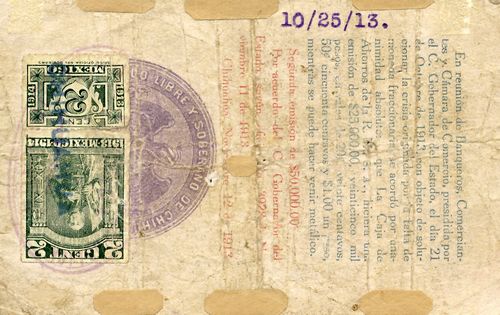 The holders of these notes lost out as they were never redeemed.