For the last quarter of the nineteenth century the state of Coahuila showed great dynamism in its industry and cities like Saltillo and Torreón grew by leaps and bounds. The capital, Saltillo, supported by investment from Monterrey and southern Texas grew in various sectors to produce great fortunes whilst the city of Torreón, a strategic point because of its location, increased its population thanks to the industries that were established and the foreign investments coming in. The whole state became very attractive and cities such as Monclova and Piedras Negras (formerly Ciudad Porfirio Díaz) were connected to other cities through the technological advances of telegraph, electricity and rail.

In the last decade of the nineteenth century several entrepreneurs, in view of the success of banks in the capital and other states such as Chihuahua, raised the possibility of establishing a bank of issue and savings in Coahuila further to strengthen the state economy. In March 1883 the executive was authorised to permit such a bankEl Foro, 29 March 1883 and in March 1890 another attempt founded. Finally, in 1897 a group of businessmen and entrepreneurs founded El Banco de Coahuila. Among the major shareholders were William (Guillermo) Purcell, Pragedes de la Peña, Francisco Rodríguez García, Enrique Maas, Rómulo Larralde, Manuel Mazo, Marcelino Garza, Crescencio Rodríguez G. and Francisco Narro Acuña.  All the shareholders were gentlemen of large fortunes, politicians or leaders of business.

A few months before the bank’s foundation, in March 1897, the Minister of Finance Jóse Limantour enacted the General Law of Credit Institutions (Ley General de Instituciones de Crédito) which aimed to stabilise the banking and banknote system by laying down the requirements necessary to establish a bank. The Banco de Coahuila complied with these requirements in order to be established. The concession was granted on 9 June 1897 to Francisco Arizpe Ramos, Gulliermo Purcell, Enrique Maas, Manuel Mazo, Francisco Rodríguez García and Crescencio Rodríguez G. and the bank began operations on 1 October 1897La Patria, 16 October 1897. On 10 February 1898 the Ministry of Finance authorized an increase in the share capital from $500,000 to $1,600,000, divided into 16,000 shares of 100 pesos each.

In 1902 the bank inaugurated in Saltillo the building that would house it for the whole of its life. The building, on the corner of Allende and Juárez, was designed by the American architect Alfred Guindo, and had two functions – the bank on the ground floor and the finest hotel in the city, the Hotel Coahuila, on its upper floors. 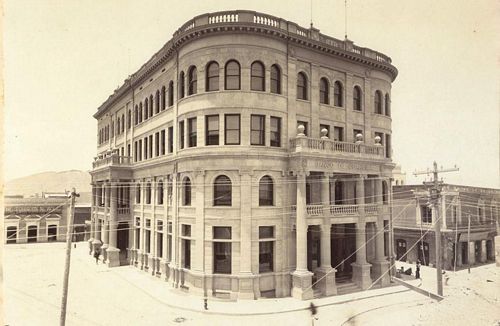 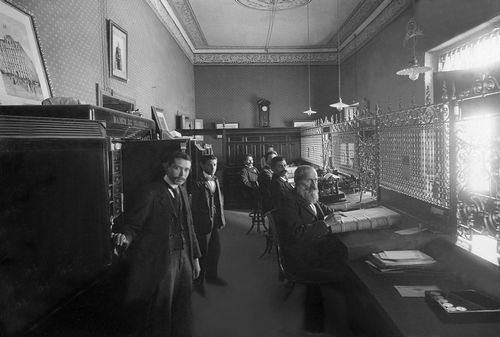 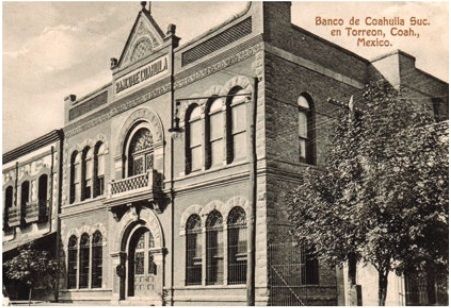 The Torreón branch opened on 1 April 1898. Its two-storey brick building was built on the southwest corner of avenida Hidalgo and calle Zaragoza, next to the Hotel París. The manager was Rodolfo J. García, contador Agustín de Aldama, and cajero Pedro López NegreteThe Consejero Consultor was Coronel Carlos González Montes de Oca. Montes de Oca was a native of Viesca, who had fought the French and owned the hacienda La Concha, a valuable cotton plantation, and two hotels, the San Carlos and the Salvador.

The branch in Monterrey opened in 1899, under Adolfo Larralde.

The bank's notes circulated freely throughout the state of Coahuila, though if a person wanted to use their notes in another state they suffered a discount, as a little was deducted from their nominal value. Some notes have branch overprints, showing where they were issued: known examples are from Torreón and Monterrey, Nuevo León.

Each note had three signatures, of a Director (originally Consejero, then Presidente del Consejo on notes printed after 1910), the Manager (Gerente) and the government Interventor. 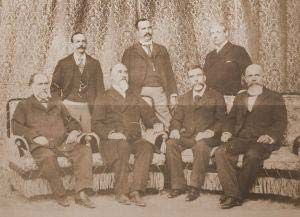 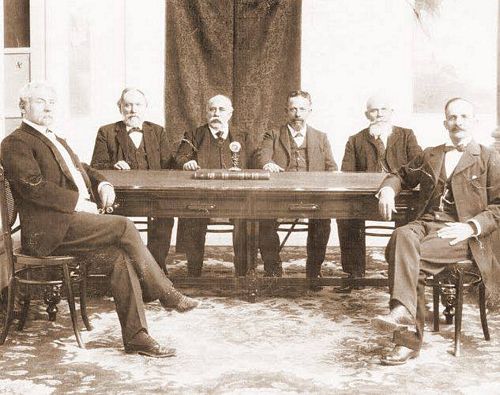 With the Revolution the bank suffered various attempts on its finances. One was in Torreón in 1913, when Francisco Villa captured the city. He demanded a forced loan of 80,000 pesos from all the banks in Torreón, including the Banco de Coahuila. In the absence of enough money in the city the banks decided to issues cheques for $1, $2, $5, $10 and $20, drawn on one another, which circulated among the public as money, and were payable in cash once the railway line to Mexico City re-opened. The Banco de Coahuila issued $1, $5, $10 and $20 cheques drawn on the Banco de la Laguna in two series (Series A of 7 October 1913 and Series B of 5 February 1914) and $5, $10 and $20 cheques drawn on the Banco Nacional de México (Series A of 7 October 1913).

In August 1915 Venustiano Carranza instructed his Undersecretary of Finance, Rafael Nieto, to devise a plan for inspecting and regulating the banking situation in order to establish a single state-controlled bank of issue. On 26 October 1915 he established the Comisión Reguladora e Inspectora de Instituciones de Crédito. Among other duties the Comisión would be responsible for ending the concessions of banks that did not comply with current laws. For a bank to continue operating it needed to have cash in its vaults equivalent to 50% of its note issues and deposits, that is for every ten pesos in notes and deposits it needed to have at least five pesos in hard currency (silver or gold). Unfortunately the revolution was a very strong blow to the banks, and the Banco de Coahuila was also damaged by Huerta’s request to several banks, including the Banco de Coahuila, for mandatory loans. When Huerta’s government requested a forced loan it handed out certificates from the Treasury of the Federation who said that the money would be paid later. The Banco de Coahuila included these certificates on their balance sheets as if they were worth money, but the Comisión considered any Huerta administration document invalid so the Carranza government did not recognize these certificates as valid.

Under Obregón's decree of 31 January 1921 the bank was placed into Class A (for banks whose assets were greater than their liabilities) and allowed to resume all customary operations except the issue of bank notes. The bank changed its name to Banco Refaccionario y Fideicomiso de Coahuila S.A. and operated as a refactional bank, that could not issue notes but was dedicated to facilitating mining, agricultural and industrial operations through the issuing of loans. In 1953 it moved its home to the Banco Internacional S.A. Finally, the bank was acquired by the Banco Internacional, later BITAL, and was then bought by HSBC.

During the 1950s, the original bank building and Hotel de Coahuila remained abandoned. Finally, developers who acquired the property decided to tear it down in 1965.