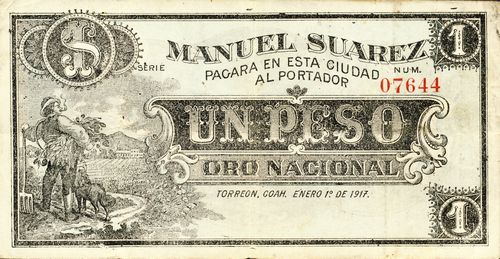 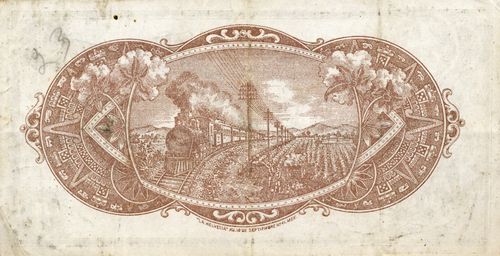 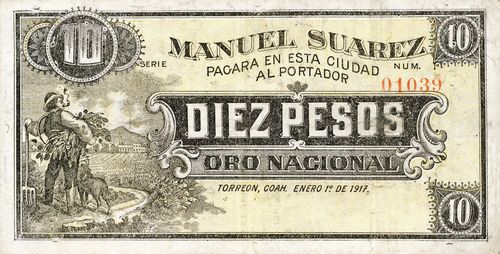 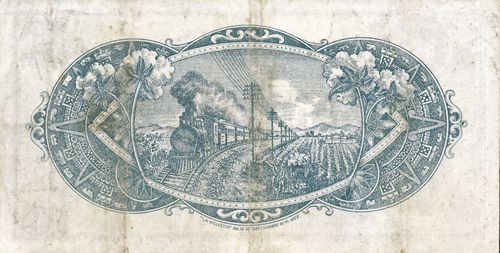 In its section on revolutionary Coahuila Mexican Paper Money list three denominations (1, 5[image needed] and 10 pesos) under the heading “Manuel Suarez. Oro Nacional (National Gold)” and adds the following comment, “These notes are military issues because they were created to pay revolutionary troops by Colonel Manuel Suarez and were signed by Suarez. Francisco Villa would not allow his signature to be placed on the notes under threat of death to Suarez.” This information came from the Villista commander Manuel Suárez (y Suárez) himself, who told it to a group of numismatists when they attended a convention in the hotel that he owned in Cuernavaca in July 1982, though Suárez actually said that he could not contact Villa and believed that Villa would have killed him if he used his name without authorization.

Suárez was born in Téifaros, Spain, on 23 March 1896 and landed in Veracruz in 1911. He was hired by the wholesale grain merchant Casa Peral Alverde and travelled through north and central Mexico buying and selling grain . As such he met with Roque González Garza, a revolutionary who later became the commander of the Conventionalist Army and, in January 1915, the President of Mexico. It is said that Suárez travelled north with Roque González from Veracruz and was introduced at Coahuila to the revolutionary commander Francisco Villa. However, in an interviewwith Ignacio Gracia Noriega for Revista La Nueva España, 1987 Suárez recalled that in May 1914 he was captured by Villa’s forces and was on the point of being executed for being a gachupín (hated Spaniard) when Villa saw him writing a farewell letter, realized he knew how to write, and enrolled him on his staff with the rank of teniente coronel. He stayed with Villa for just under a year and took part in battles at Zacatecas, Agua Prieta and Cuesta de Sayula, before being allowed to return to Mexico City.

However, certain factors make one question Suárez’s memory (he was 86 at the time).

(a)  the notes are dated January 1917. On his own admission, Suárez would not have been with Villa in January 1917. Villa did (unexpectedly) capture Torreón in December 1916 but was only able to hold it for a few weeks, and by this time he had been defeated by the Carrancistas, pursued by Pershing’s Punitive Expedition and was in no position to issue any currency, let alone such a well- designed issue as this.
(b)  the notes were printed by La Helvetica press, in Avenida 16 de Septiembre, Mexico City. Mexico City at this time was firmly in the hands of the Carranza government.
(c)  the vignette on the face has a farmer holding a sheaf of some plant and gazing over a cotton plantation, probably based on a vignette on the 1888 25c Banco Mexicano note from Chihuahua, where the farmer holds a sheaf of hay. 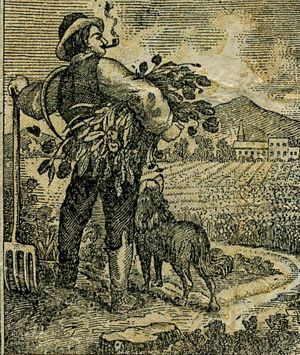 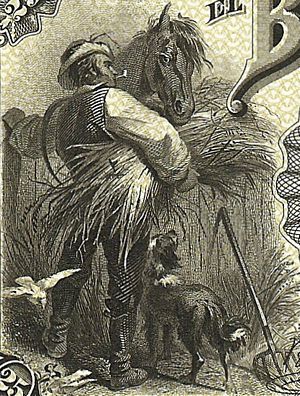 (d)  the vignette on the reverse shows a train passing a cotton field, flanked by cotton plants and Atzec imagery. 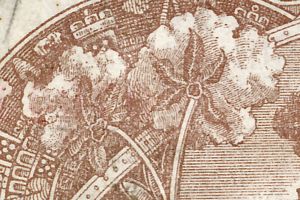 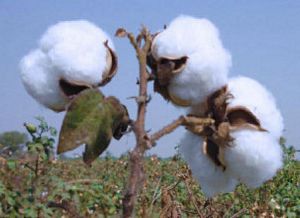 The Comarca Lagunera, the fertile area surrounding Torreón, was the most important cotton-growing region in Mexico, but a military issue would not go to such trouble.

So these were probably produced for one of the cotton-producing haciendas, or for the Casa Peral Alverde itself.

From 1918 to 1919 Manuel studied at the School of Commerce in Gijón. In 1919 he and his brother, Joaquín, left the Casa Peral Alverde and founded the La Mexicana grocery store in Mexico City. In 1923 Manuel left this business and founded a building supply company named Eureka in partnership with the son of Plutarco Elías Calles, the future President of Mexico. He later became the sole owner of this business. He undertook contracts to build infrastructure for the states and part of his fortune came from buying land at low cost in places such as Acapulco, Nogales, Veracruz, Manzanillo, Tijuana, Laredo and Ciudad Juárez that he later sold after these communities started to develop. He later founded the company Vías y Obras, which built facilities in the ports of Veracruz, Acapulco and other cities. 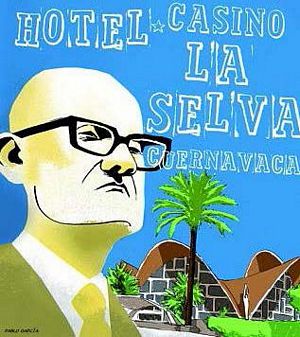 Suárez was the building contractor for the Casino de la Selva, in Cuernavaca and when the owners were unable to pay their debts, Suárez, as main creditor, acquired the property in 1934. Suárez wanted the Casino to be a gathering place for intellectuals and artists and commissioned various works of art for the walls and gardens. The hotel became the centre of cultural activity in Cuernavaca . Suárez also loved art, and promoted the career of contemporary artists such as Dr. Atl (Gerardo Murillo) and David Alfaro Siqueiros.

During World War II Suárez helped develop the system of replacing imports by local production. He said later that President Ávila Camacho (1940–46) offered to make him Minister of the Economy three times, but he refused on the basis that business should be separate from politics.

Suárez opened three restaurants in Mexico City, and in 1966 embarked on building the Gran Hotel de México. He conceived the idea of building a major business and tourist complex named Mexico 2000, centred around the huge Hotel de México. From the 1970s until his death he put most of his energy into the project, which grew out of control and was unfinished at his death in 1987, but included the Polyforum Cultural Siqueiros in its grounds, with murals by Siqueiros. Eventually the Hotel de México was converted into the World Trade Center, an office building, in 1995.